Those Who Yearn for the Gods’ Gaze is an archon quest under Omnipresence Over Mortals.

Your task is to investigate the ancient ruins and find out what happened to Teppei.

Here’s a walkthrough of Those Who Yearn for the Gods’ Gaze in Genshin Impact. 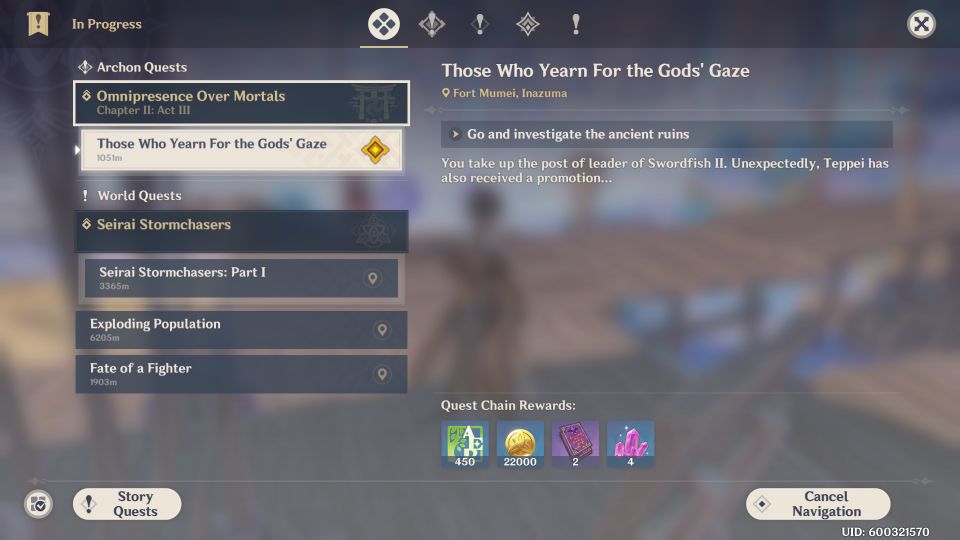 Head to the ancient ruins near Fort Mumei as marked on your map. 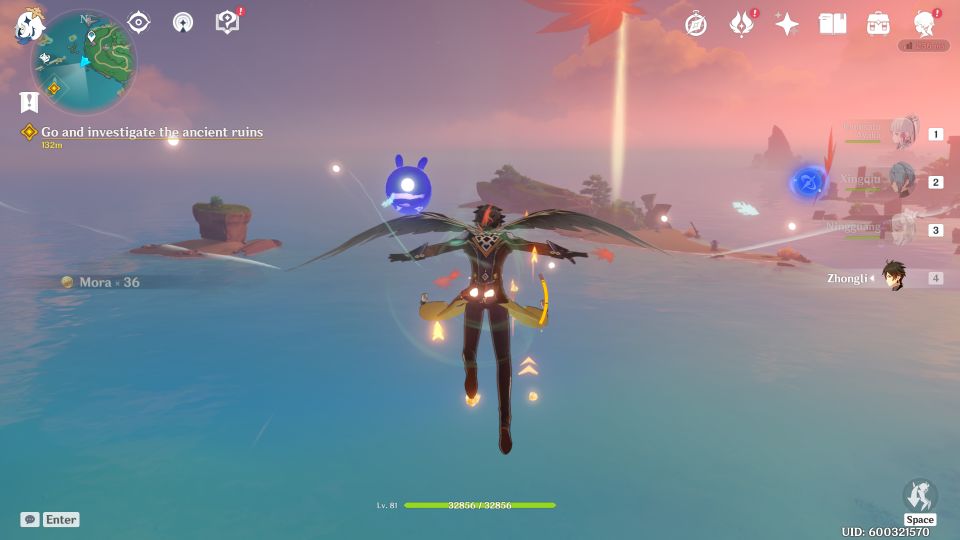 You’ll see three electro statues. Just light them all up with electro attacks. 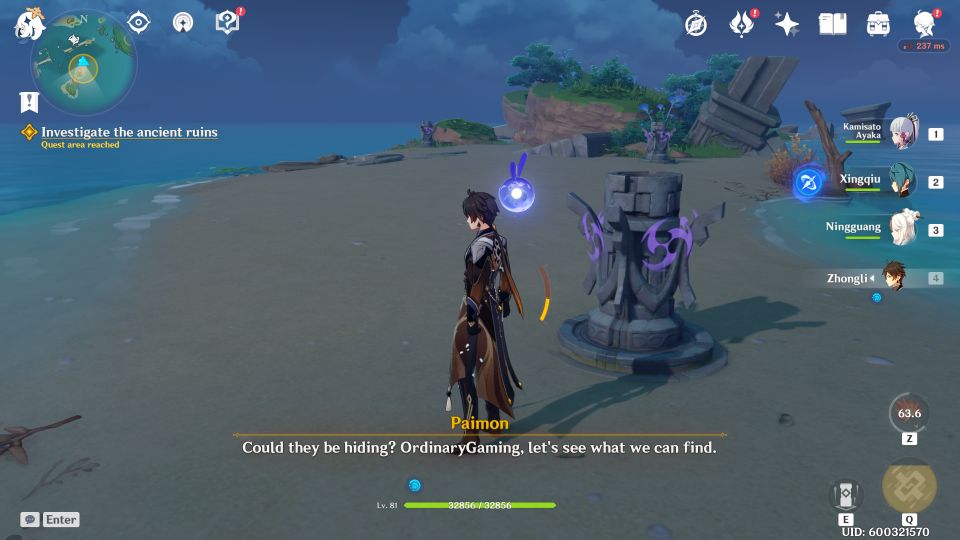 An electro lawachurl will spawn. Take him out. 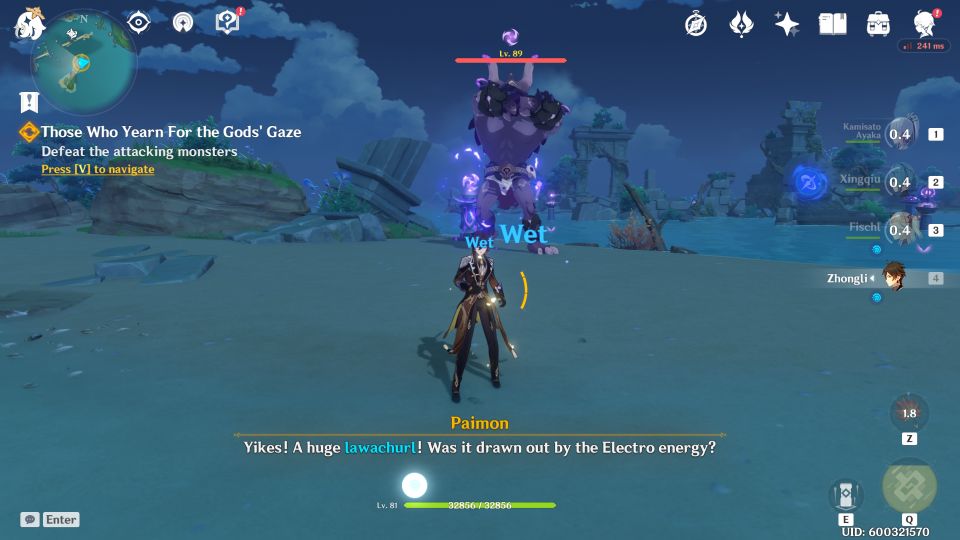 Then, return to the headquarters at Sangonomiya and talk to Kokomi. 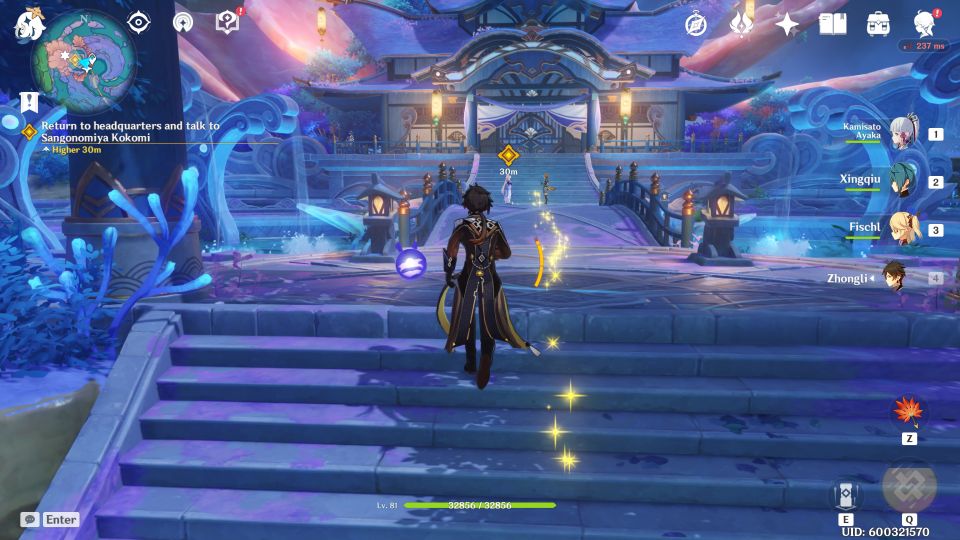 After finding out about secret Fatui weapons, look for Teppei.

You’ll discover that he has been using a Fatui delusion which accelerates aging. The quest ends here. 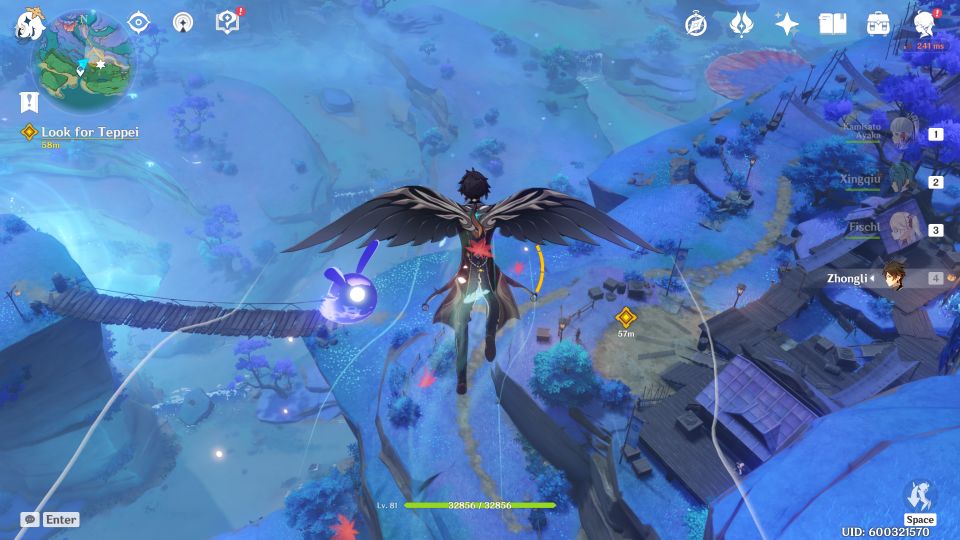