The Whispers Of The Crane And The White Rabbit is a story quest involving Ayaka in Genshin Impact.

Your task is to accompany Ayaka the entire day as you partake in many activities.

Here’s a walkthrough of The Whispers Of The Crane And The White Rabbit in Genshin Impact. 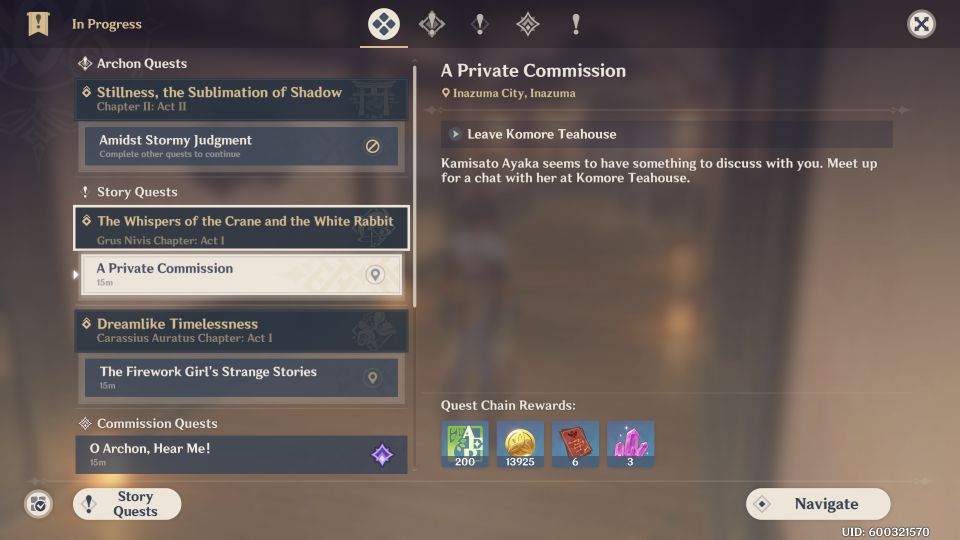 The first sub-quest is A Private Commission. This one starts after you leave Komore Teahouse, continuing from a previous quest.

Ayaka will meet you and will ask for a favor. 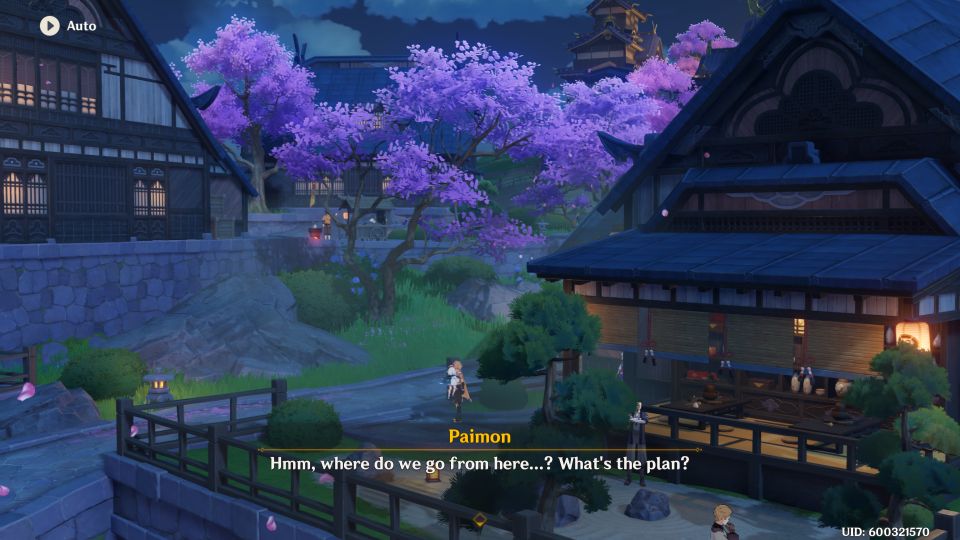 The next sub-quest is Woven Wishes. 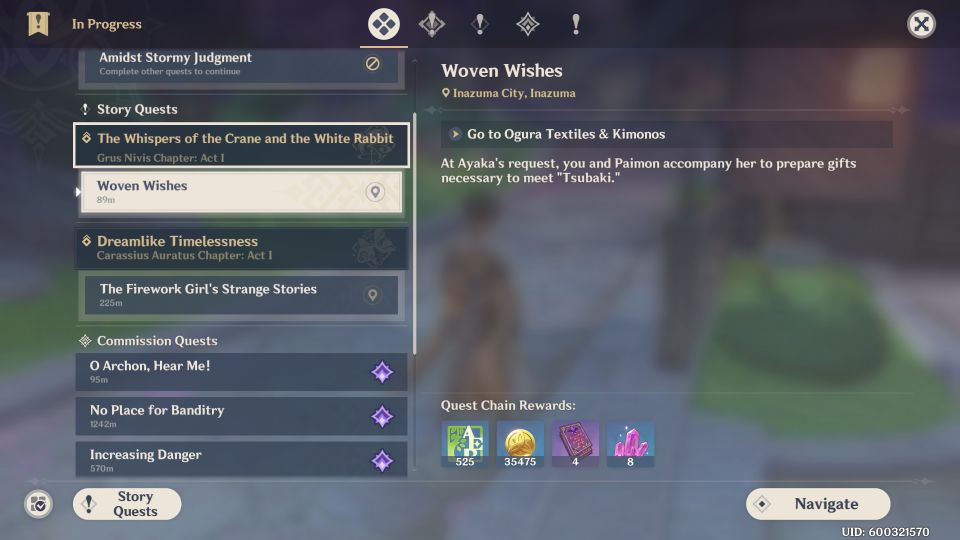 Head to Ogura Textiles & Kimonos first as Ayaka wishes to go there. 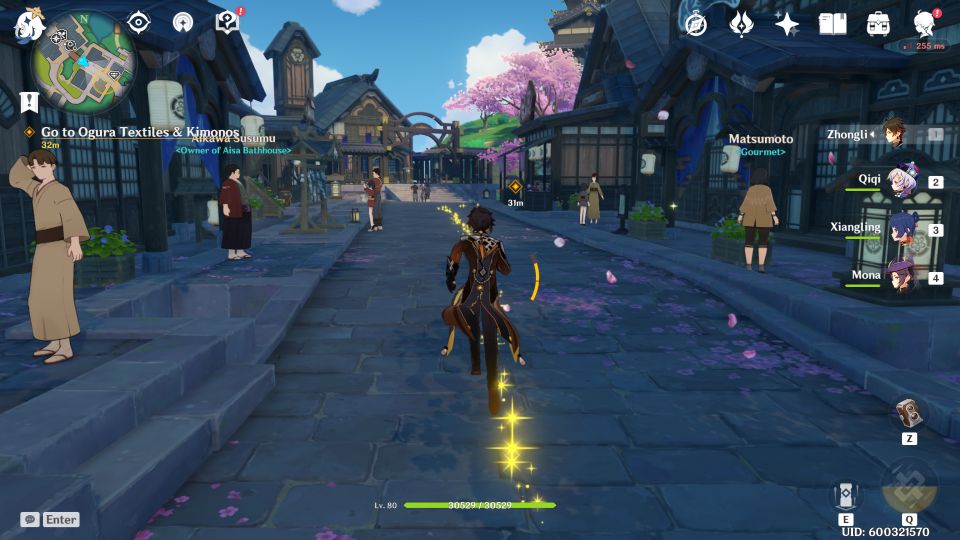 After the cutscene, get back to Ritou and look for Kurisu at the International Trade Association. 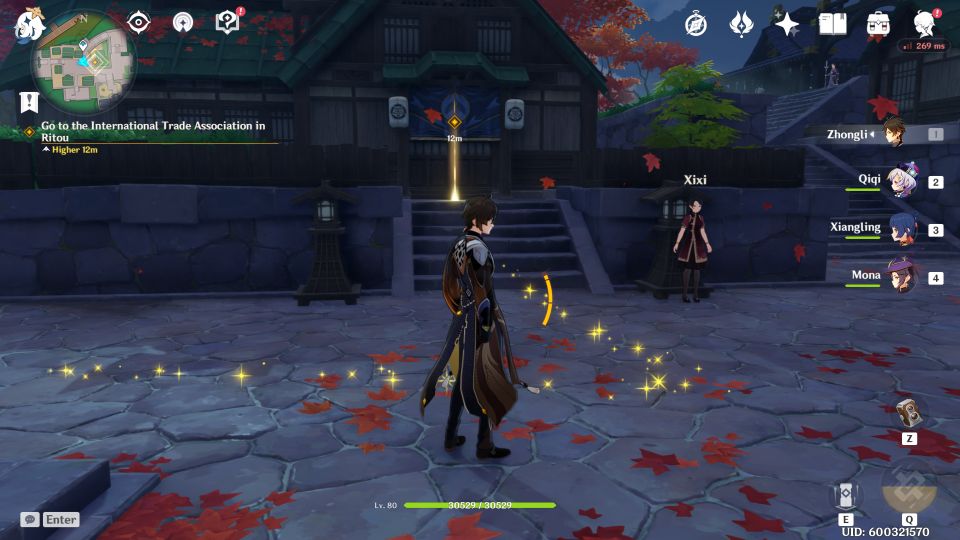 As he’s not there, look around for Kurisu within the yellow circle. After finding him, a cutscene will trigger. 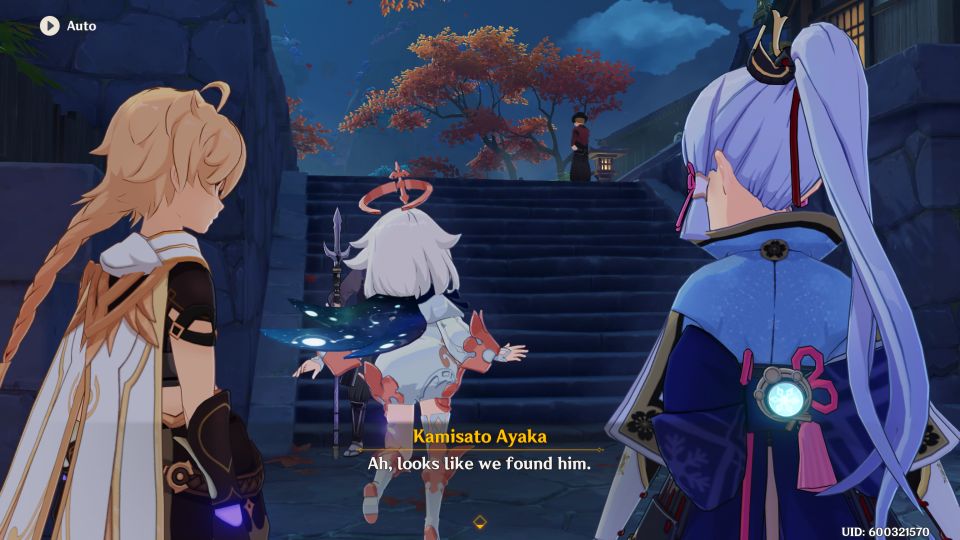 Kurisu will tell you that he was robbed by ronin. Next, head to the scene of the incident as shown in the map. 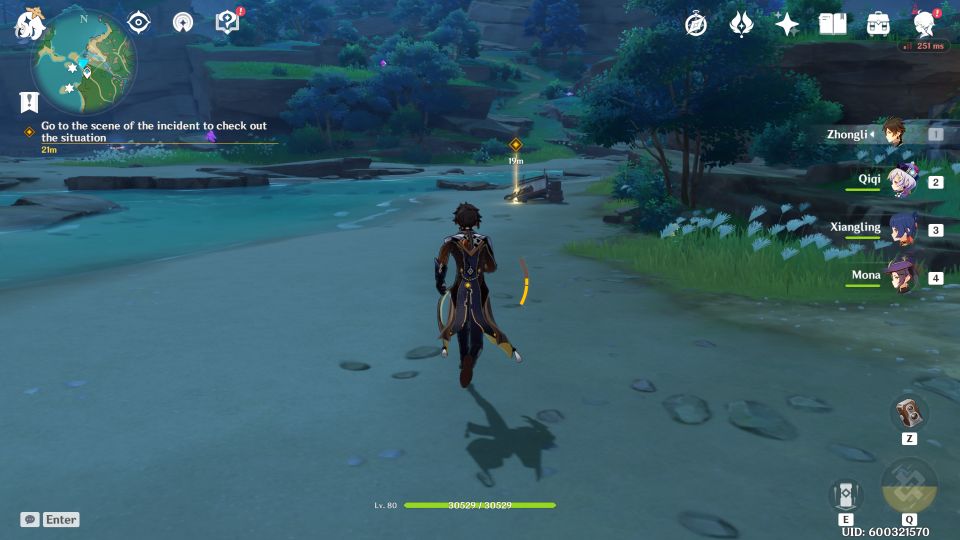 Continue to follow the footprints left by the ronin. 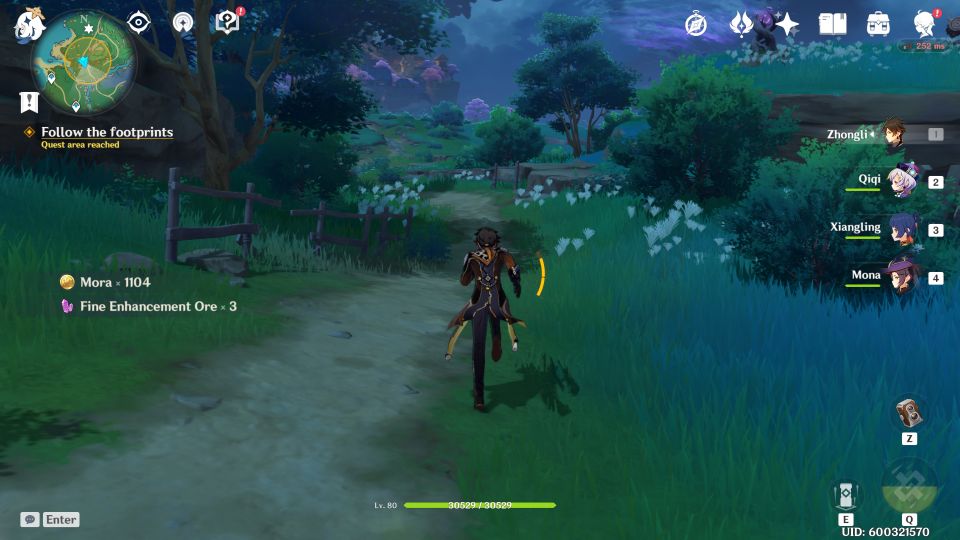 Finally, you’ll reach the ronin. Take them all out.

You’ll be given a chance to use Ayaka for this fight to test her capabilities. 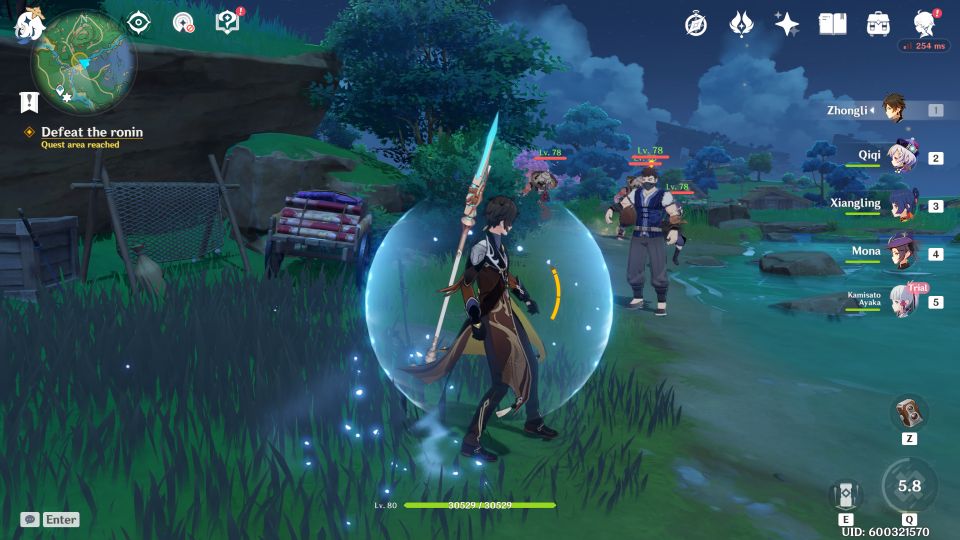 After beating the ronin, head back to Ogura Textiles & Kimonos. 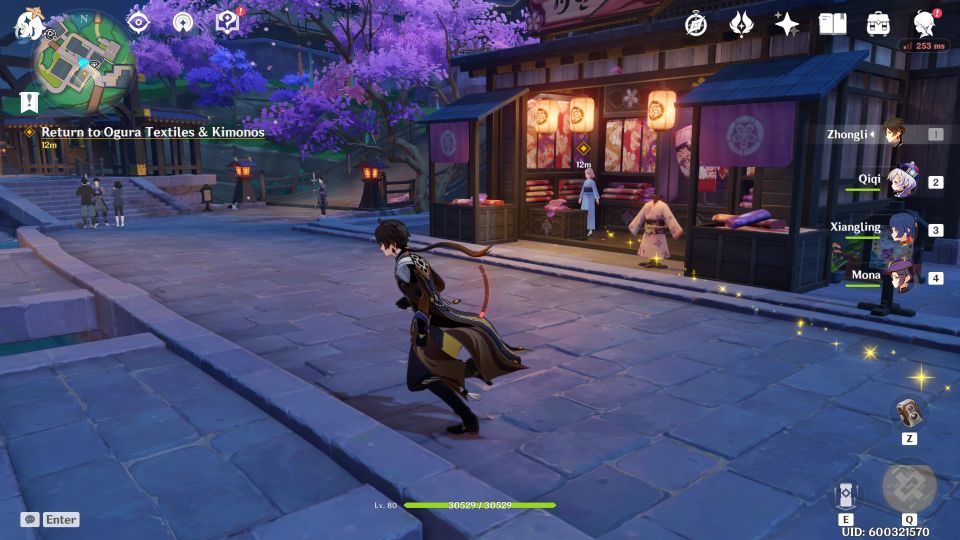 You will then start the next sub-quest. This time, go to Kiminami restaurant. 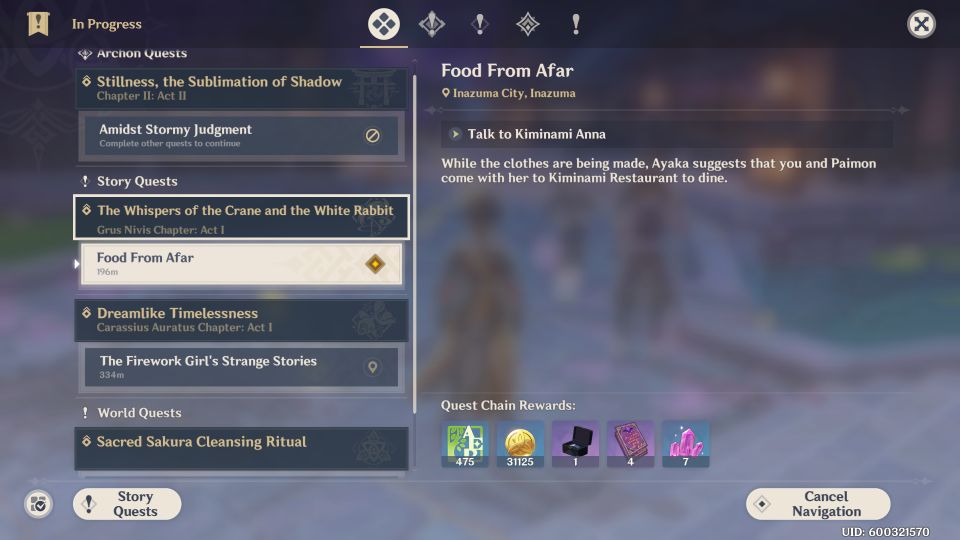 As you reach the restaurant, a cutscene should trigger. 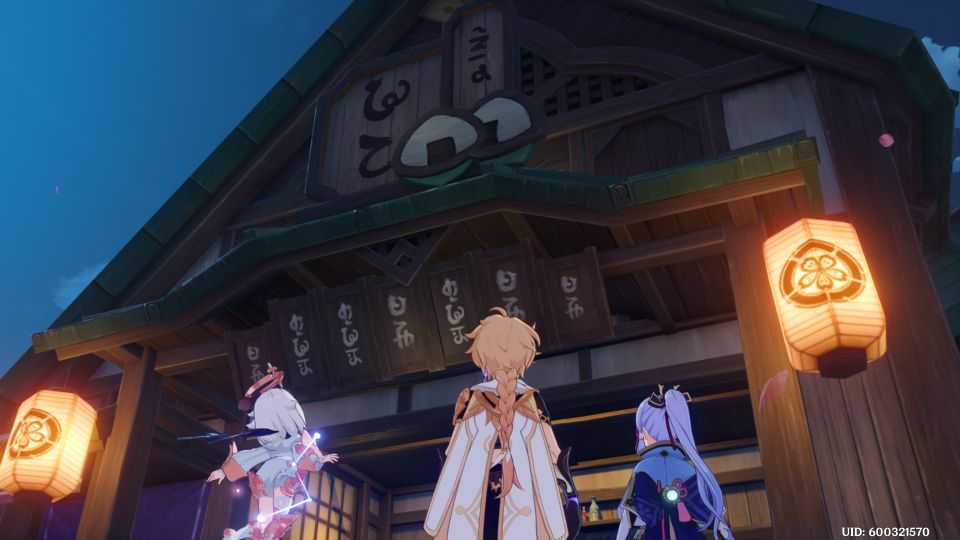 During the conversation, you’ll find out that Ayaka was making some food.

However, she then needs help from the traveler to make an overseas food. You just need to make a mushroom pizza for this one. 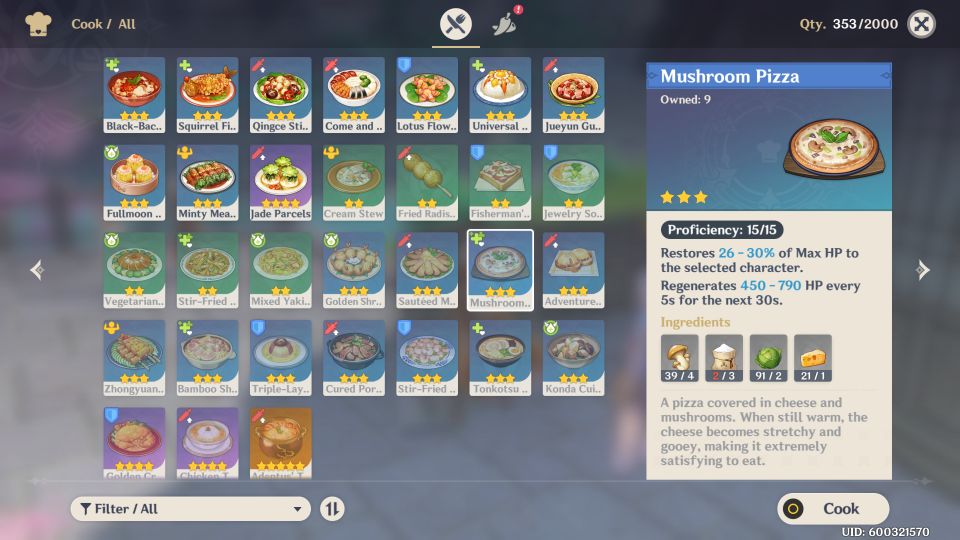 Give the pizza to Ayaka. 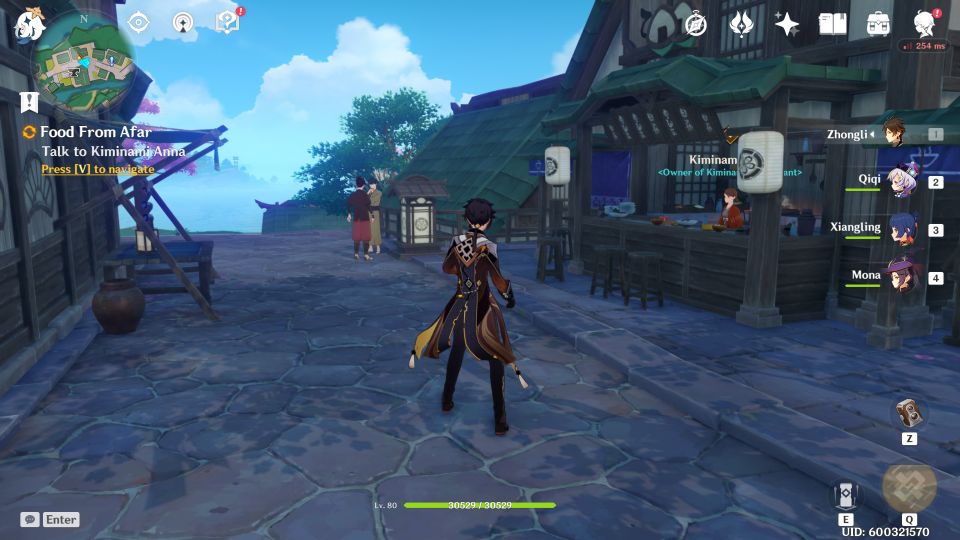 Next, return to Ogura Textiles & Kimonos to collect the goods ordered by Ayaka. 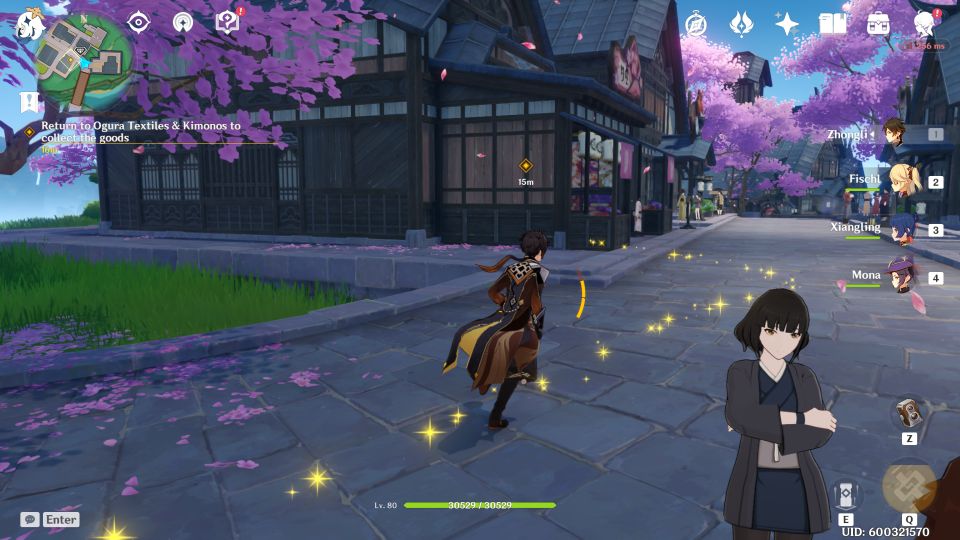 Another sub-quest will start after this called Lasting Promise. 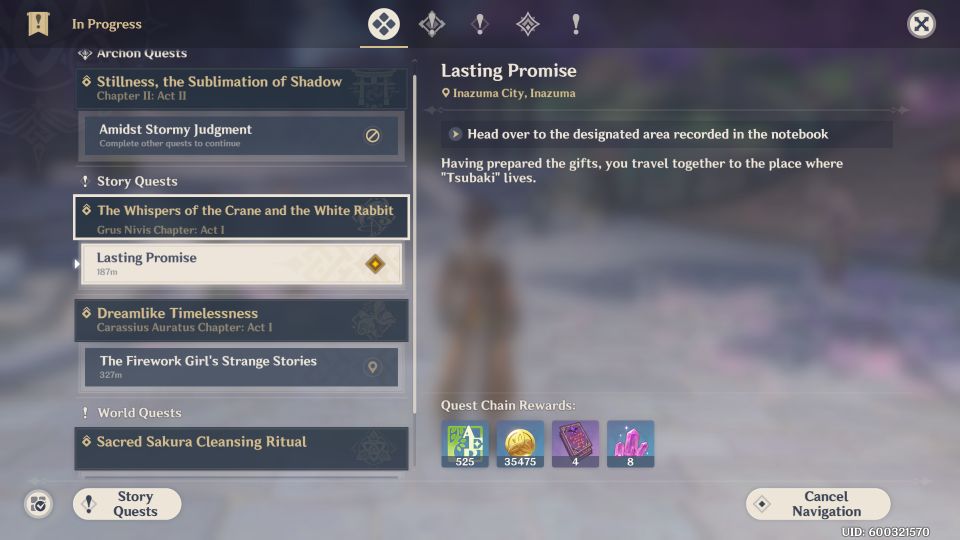 Head to the location marked on the map as it was recorded in Ayaka’s notebook.

It’s actually a cave under Inazuma City. You can just jump all the way down to the beach area to find this cave. 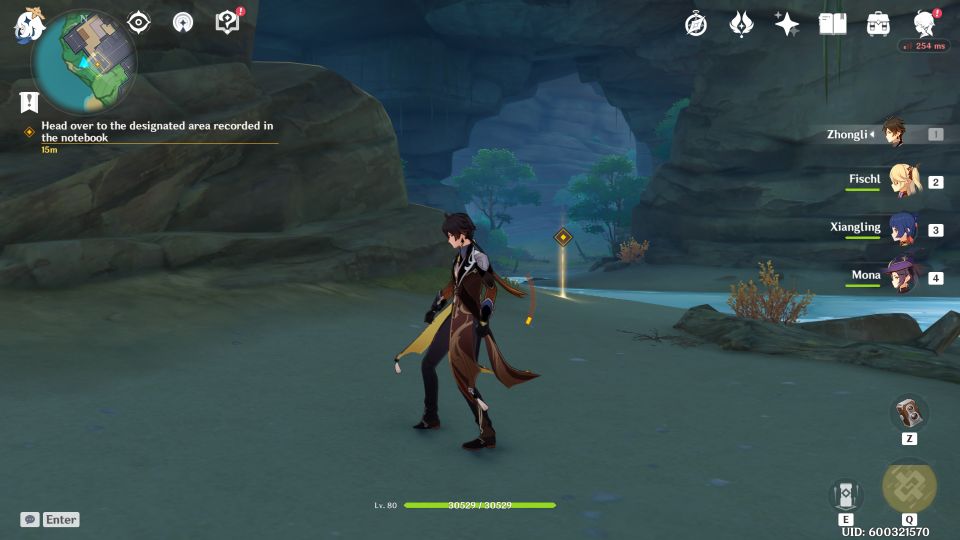 You will then need to find clues. Look for the blue shrubs near some breakable stones. It’s located slightly towards the upper part of the cave. 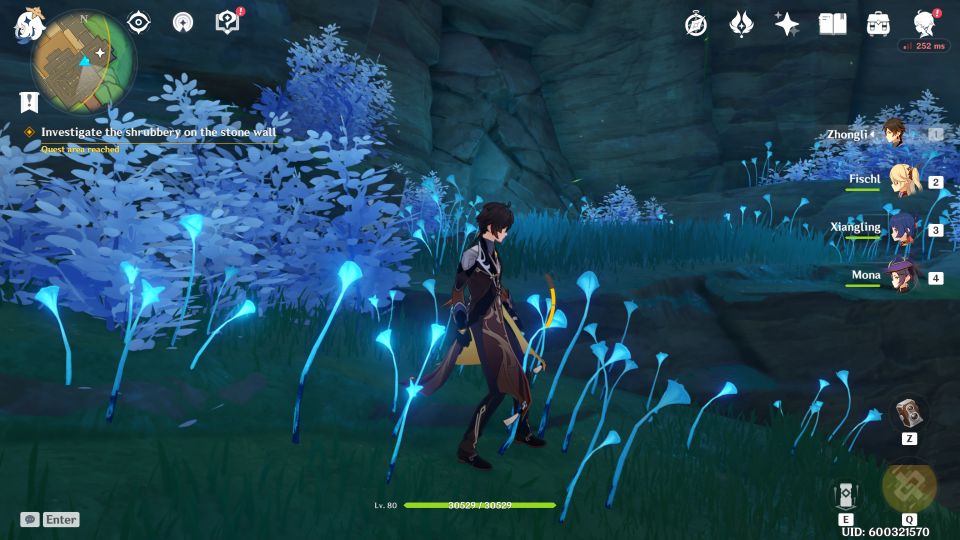 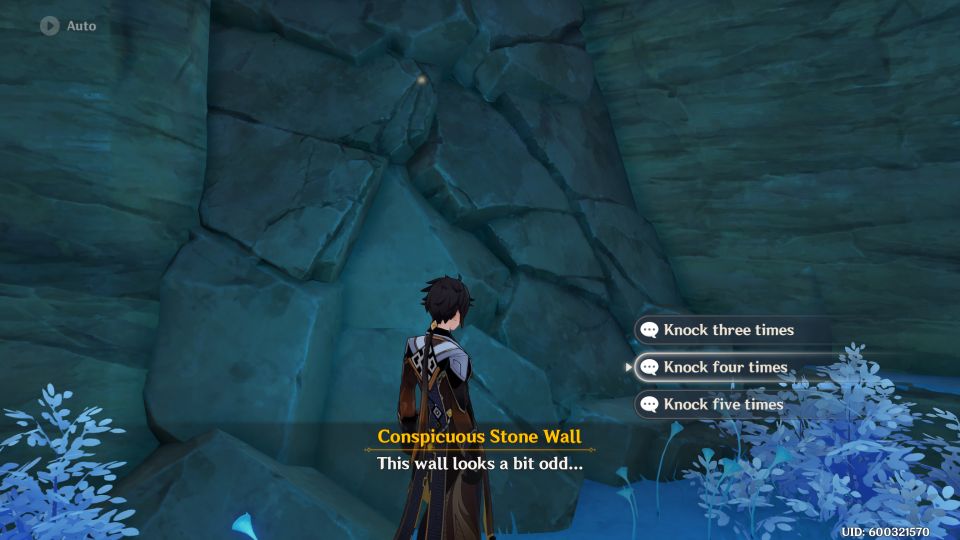 The stones will disappear. Open the mysterious box. 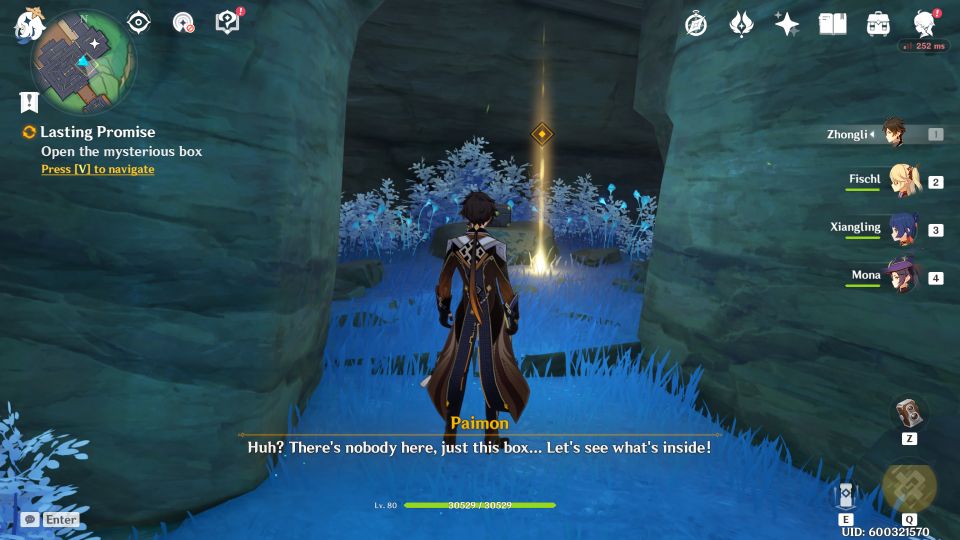 Ayaka will then ask to leave the cave first. Go to the marked area on the map, just outside the cave.

She’ll then read the notebook and you’ll learn who Tsubaki actually is. 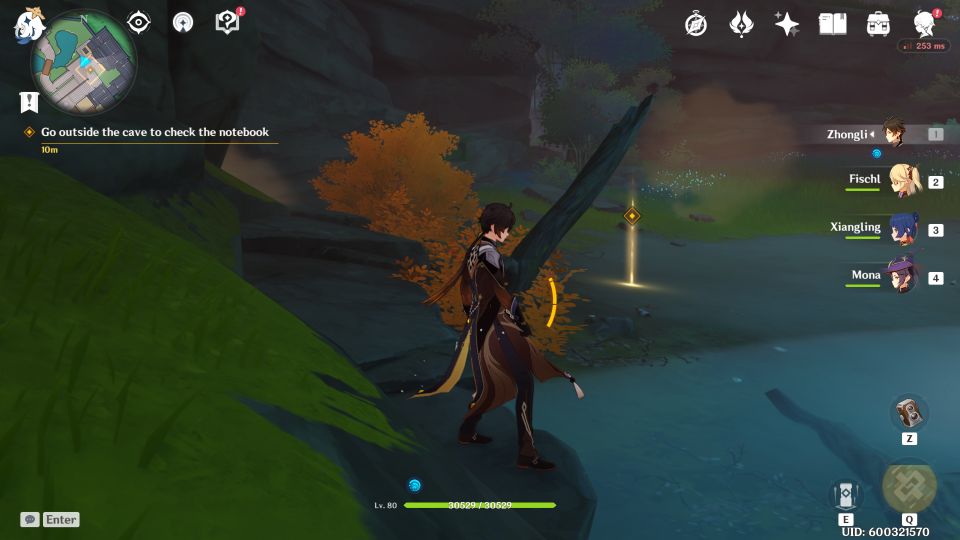 You will then unlock another sub-quest titled With You. 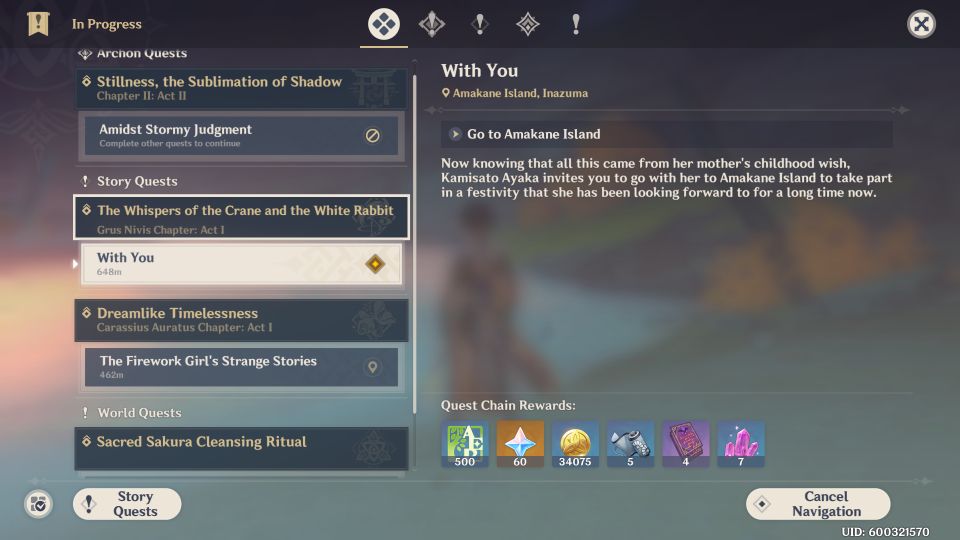 This time, go to Amakane Island which is west of Inazuma City. 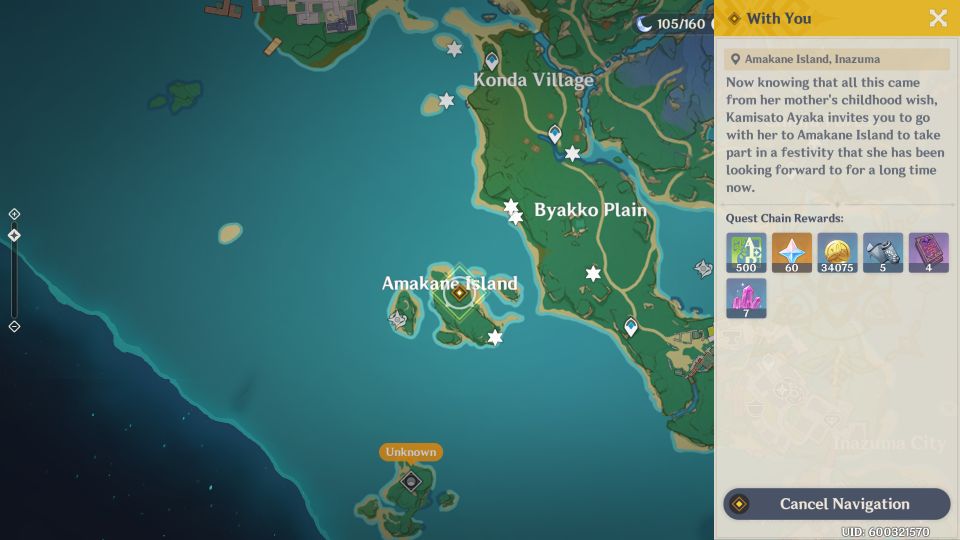 Head to the marked area to trigger the cutscene. 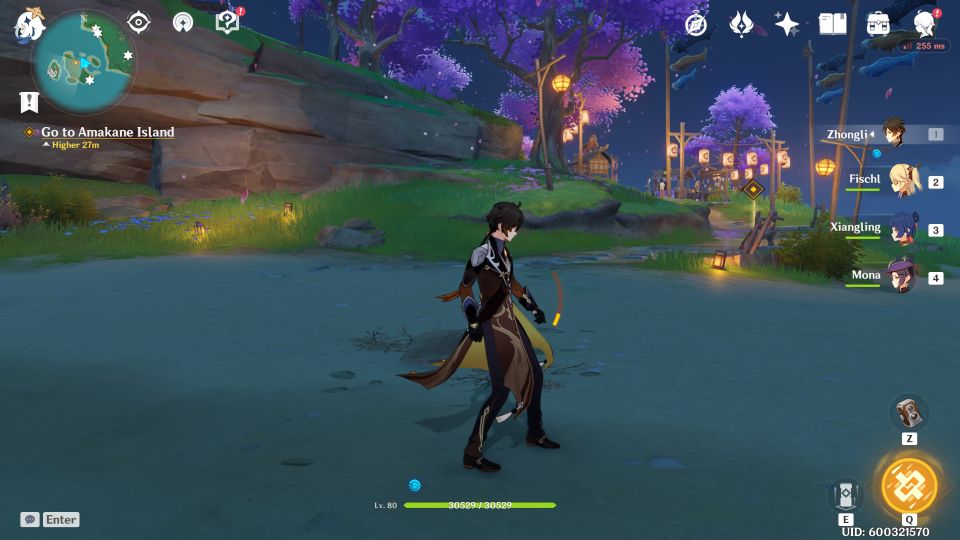 You’ll then have to walk with Ayaka as you enjoy the festival. This part is mainly for relaxation. 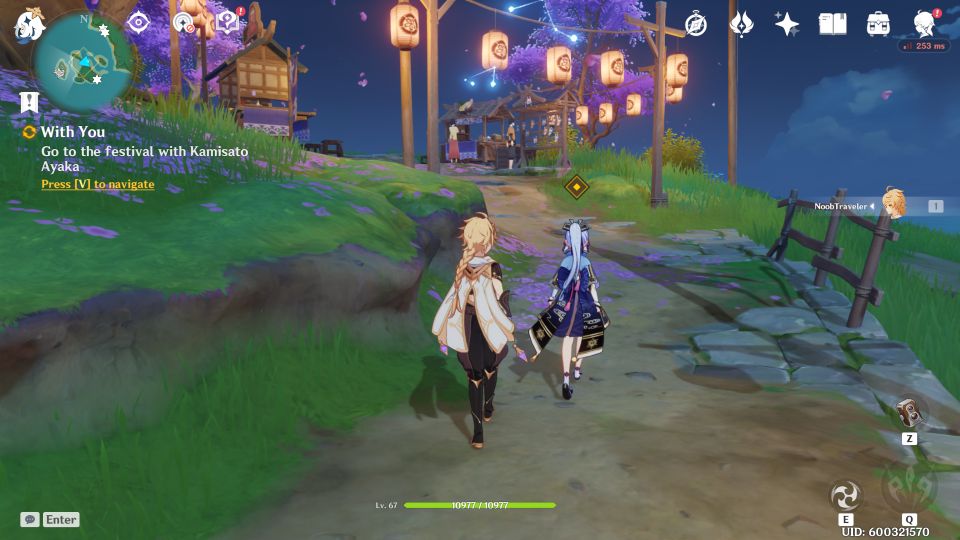 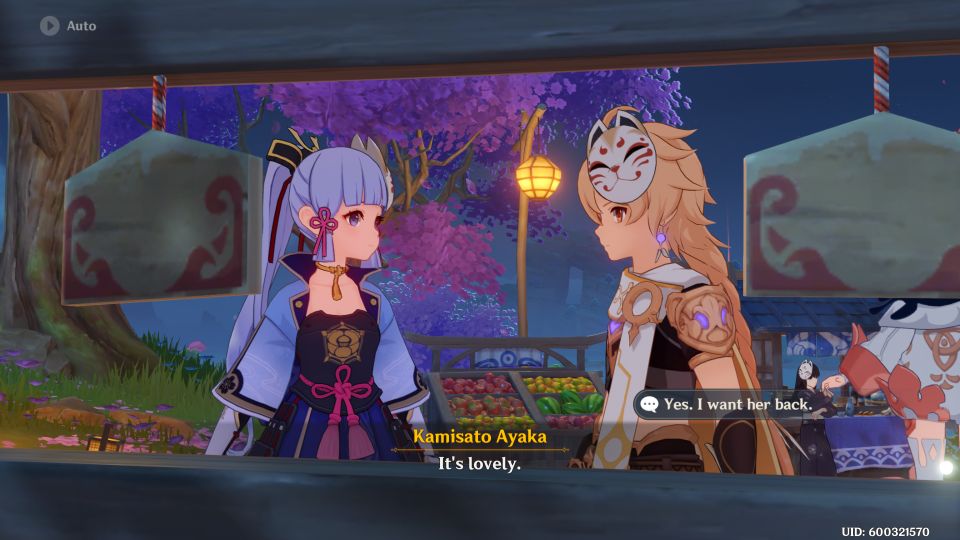 After the festival, Ayaka will bring you to the forest and she’ll do a water dance. The quest ends after that.

Genshin Impact: A Flower Blooms In A Prison Walkthrough

Genshin Impact: A Swordmaster’s Path Is Paved With Broken Blades