Surreptitious Seven-Star Seal Sundering is a world quest available in The Chasm.

Your objective is to help to destroy the various seals in The Chasm.

Here’s a walkthrough and guide of Surreptitious Seven-Star Seal Sundering in Genshin Impact. 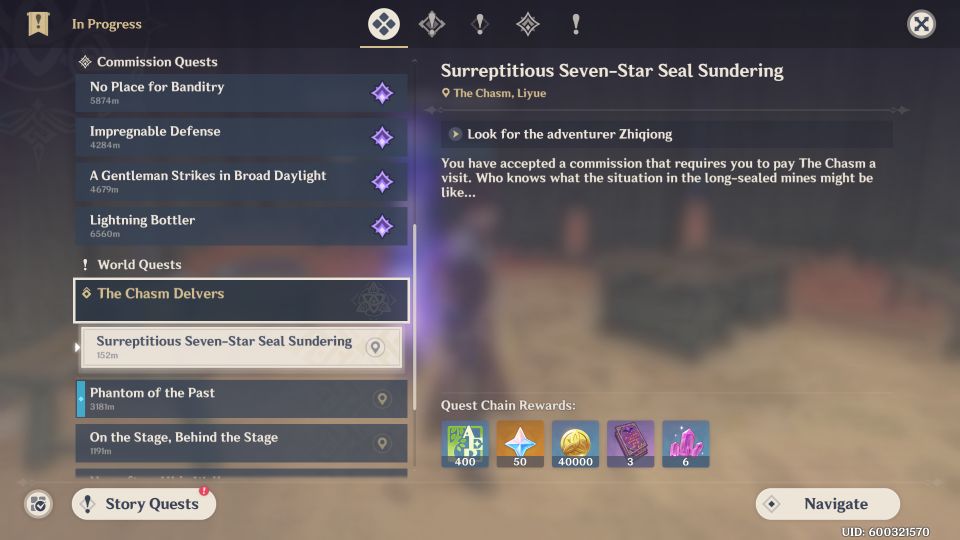 The first thing to do is to find Zhiqiong who is just nearby. 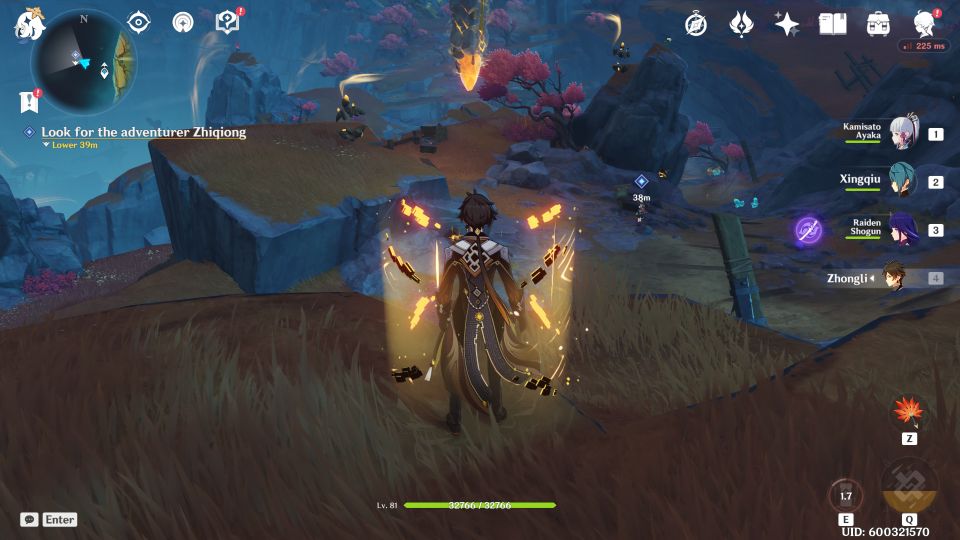 Go to the miners’ warehouse

Next, head to the miners’ warehouse as marked on the map below. 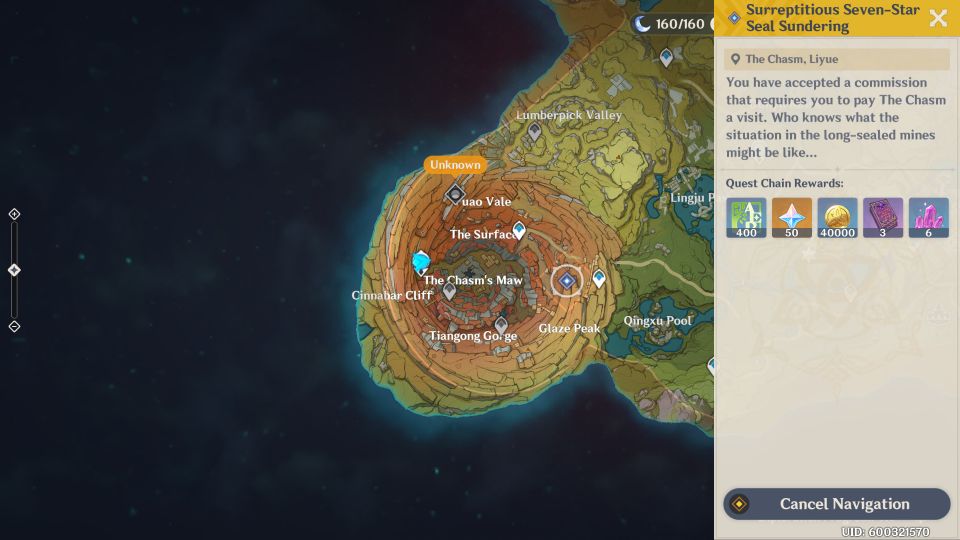 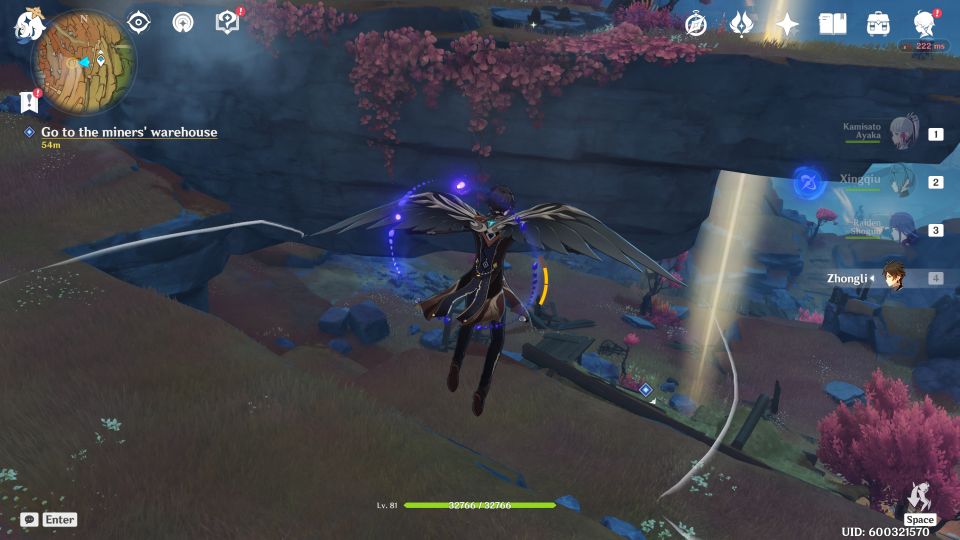 Fend off the Treasure Hoarders

As you arrive, you’ll see some Hoarders. Defeat them all. 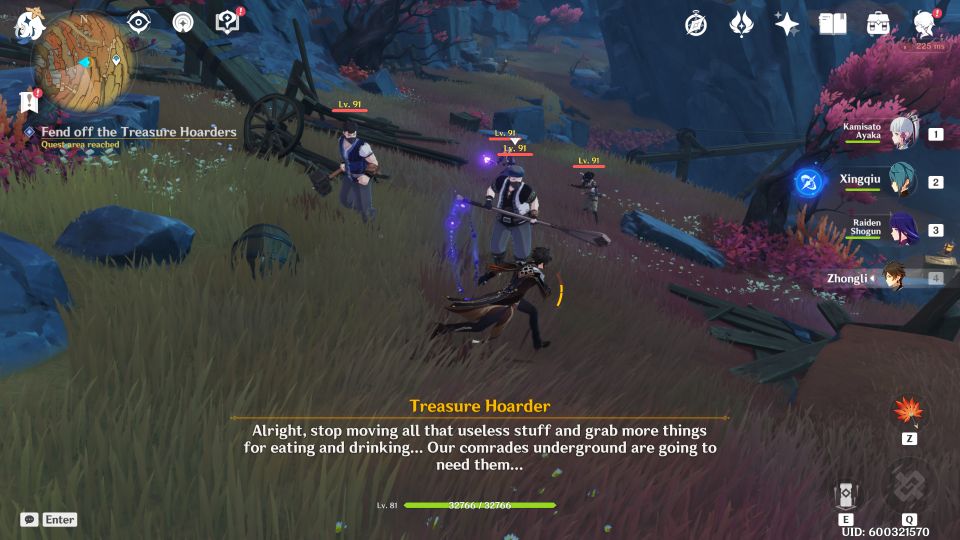 After the battle, head into the building and get the Lumenstone. 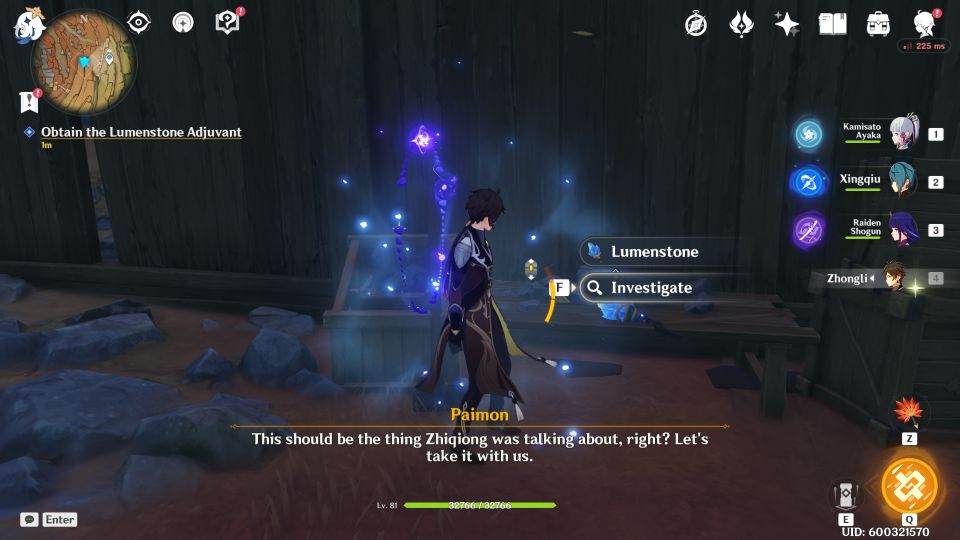 Return to Zhiqiong to report what happened. 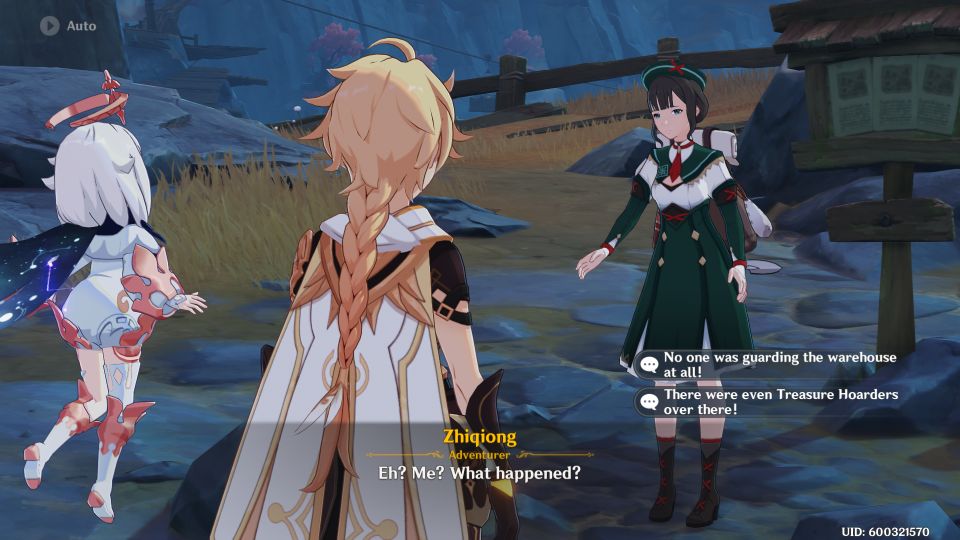 You will then be asked to destroy the Bedrock Keys.

Look for the glowing rock formations in the area. Destroy them and get the shards they release. 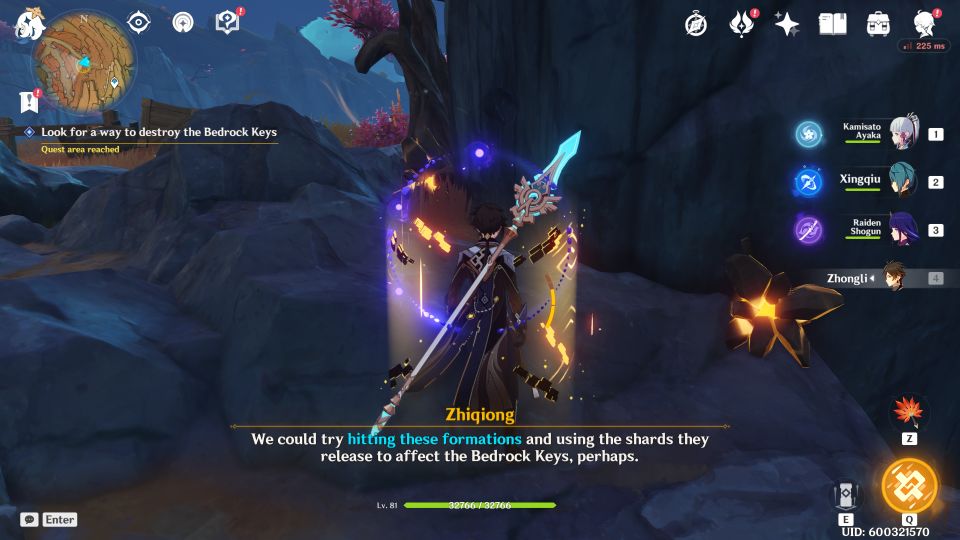 Bring the shard to the cage-shaped object powering the Bedrock Key. Once the shard enters it, you can melee the object and destroy it.

Do the same thing for the other cage-shaped object. The Bedrock Key will then be destroyed. 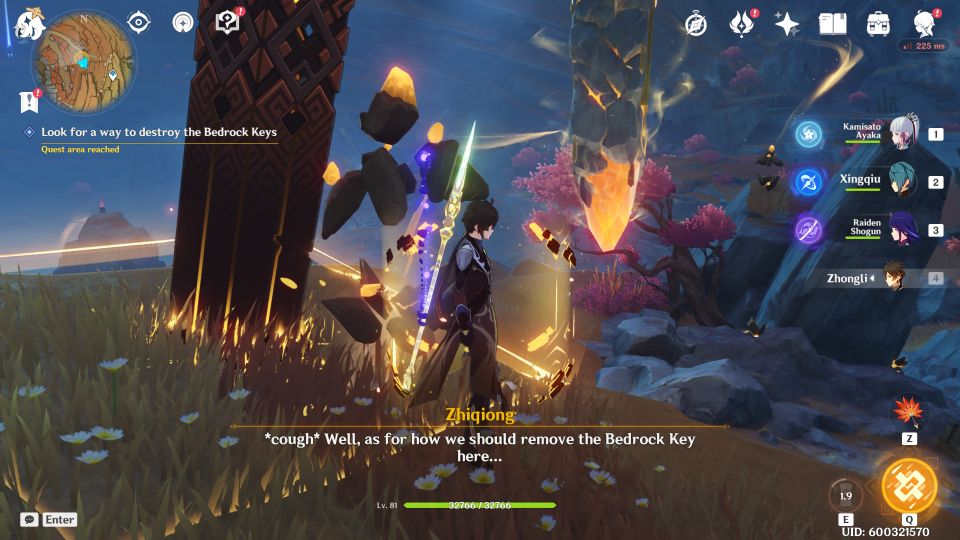 You will then be given a diagram of the Bedrock Keys. 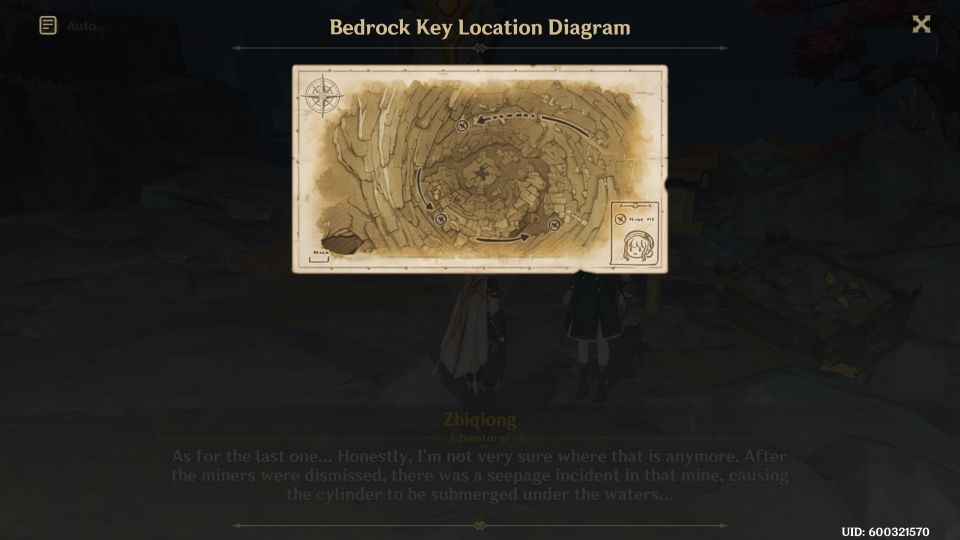 You will see the location of all three Bedrock Keys on your map. Do the same thing to the cage-shaped objects to destroy the Bedrock Key. 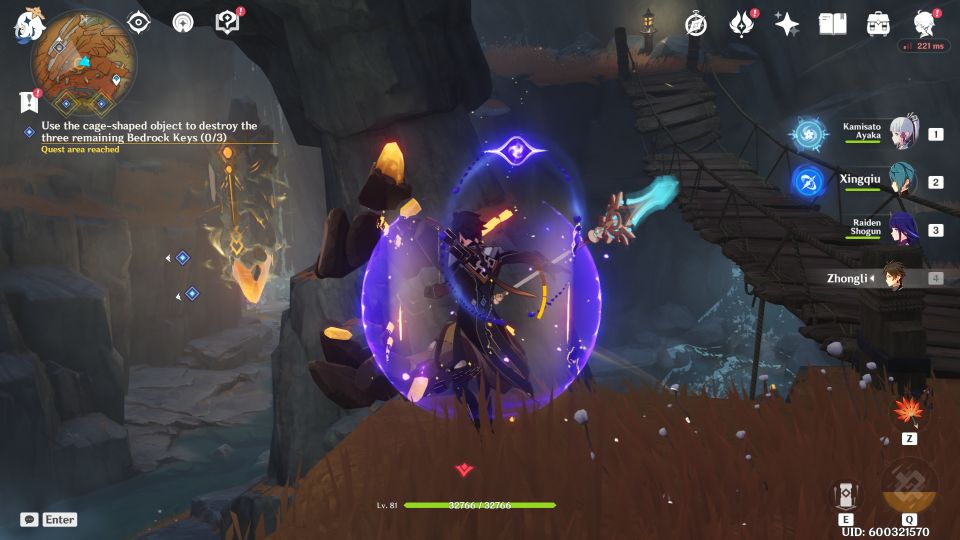 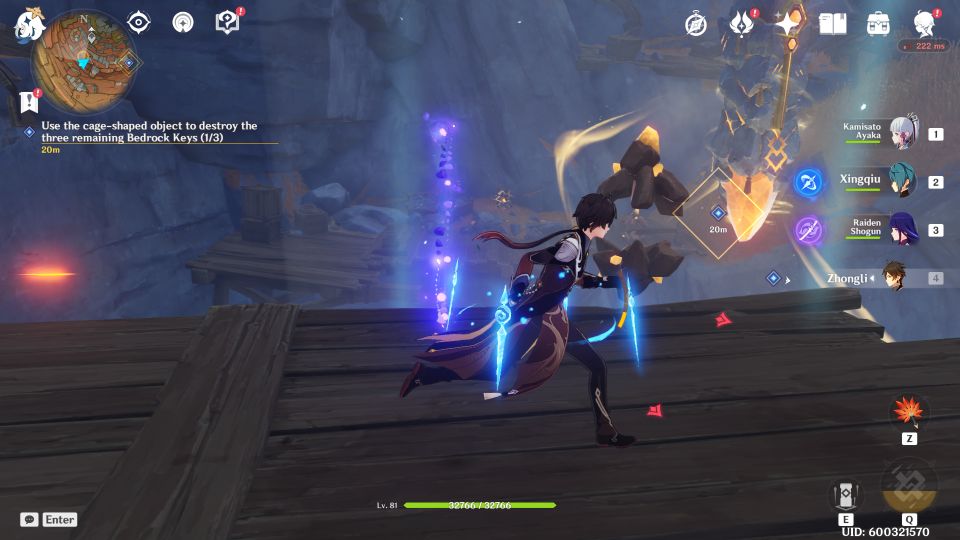 For the Bedrock Key located south, there are 3 objects to destroy. You will need to make use of the platform that’s going up and down to reach the objects. 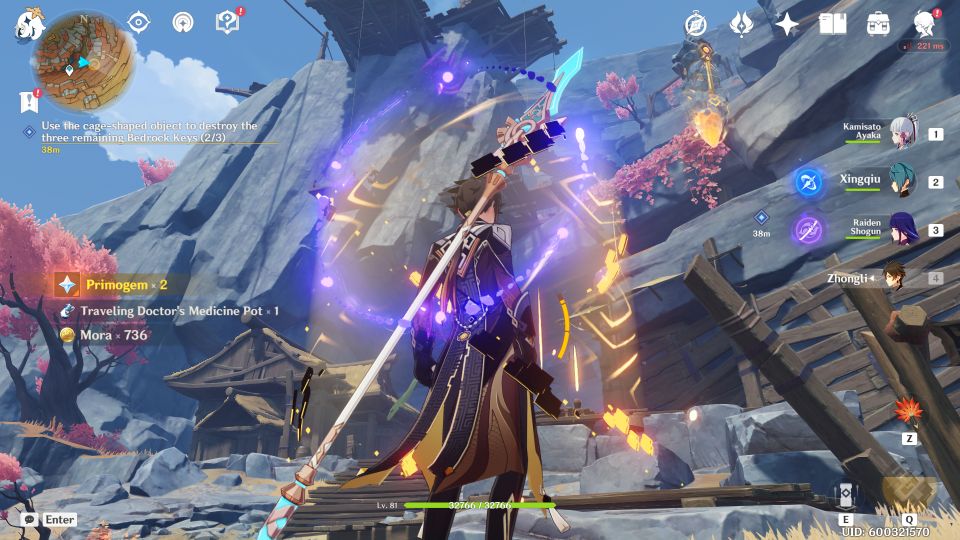 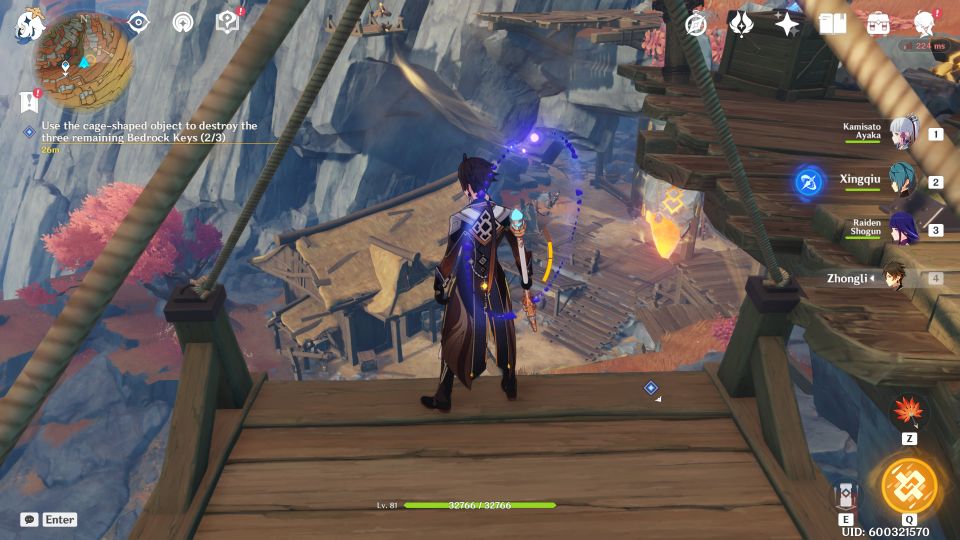 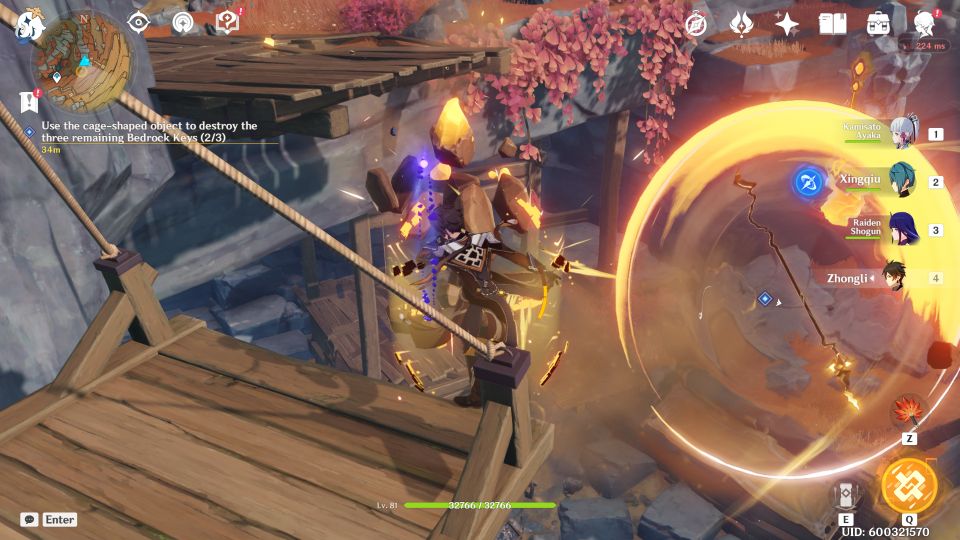 The last one in the area is located inside the hut. 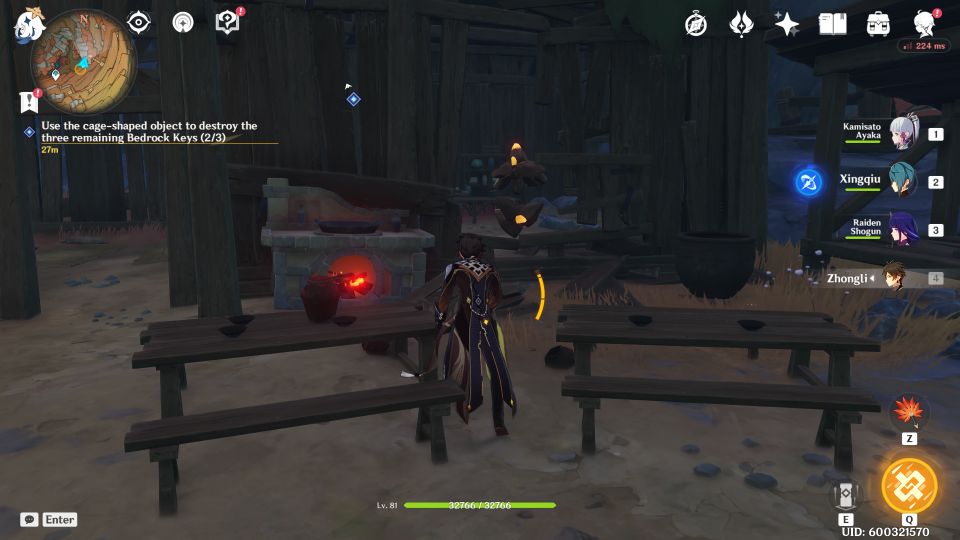 Once you’re done destroying all 3 Bedrock Keys, return to Zhiqiong. 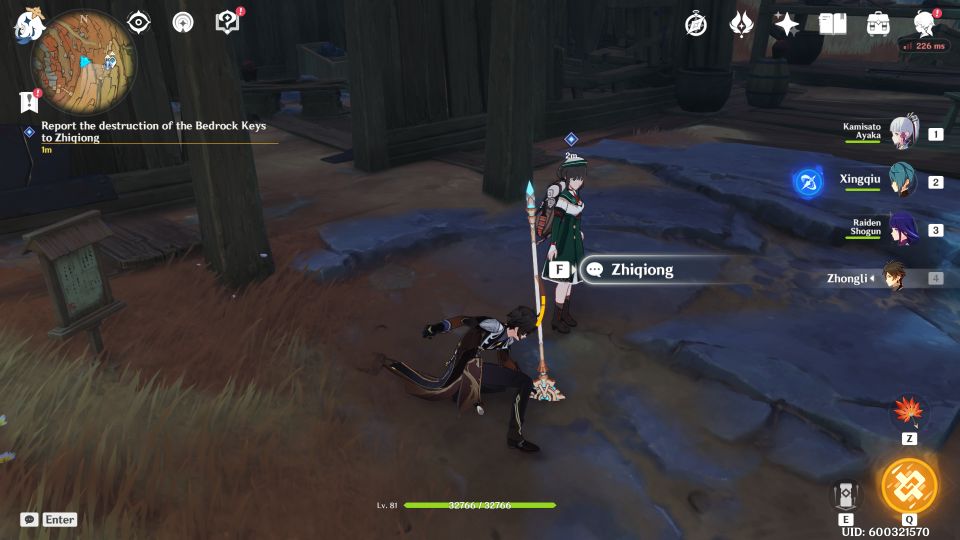 Look for the final Bedrock Key

Now, head to the location marked on the map below.

You can teleport to the Statue. 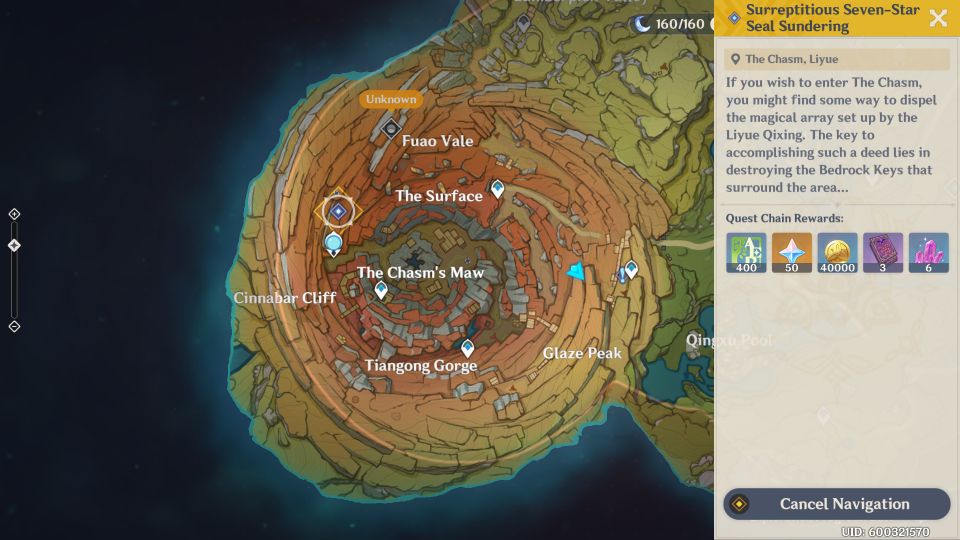 From the Statue, go all the way down and you’ll see a mine entrance. 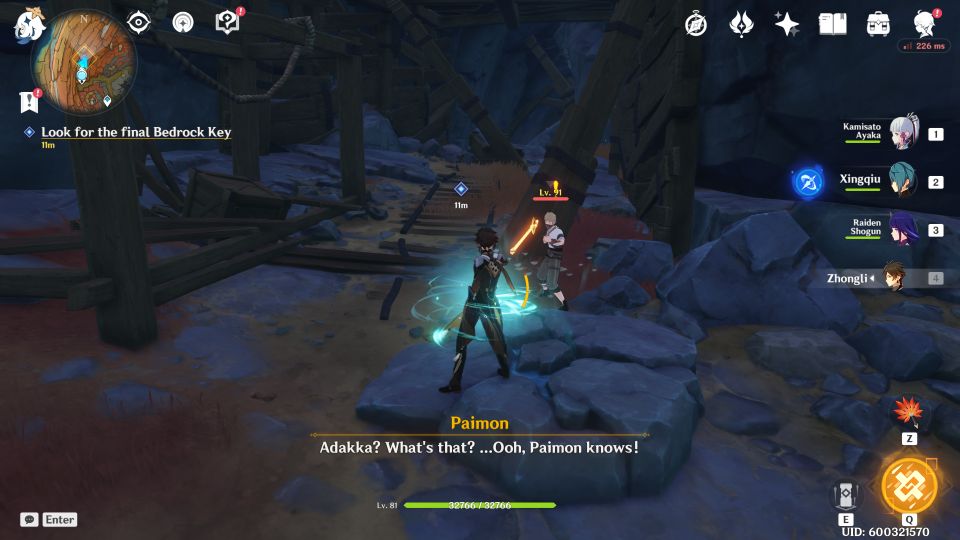 Enter the tunnel all the way and jump into the shallow water. 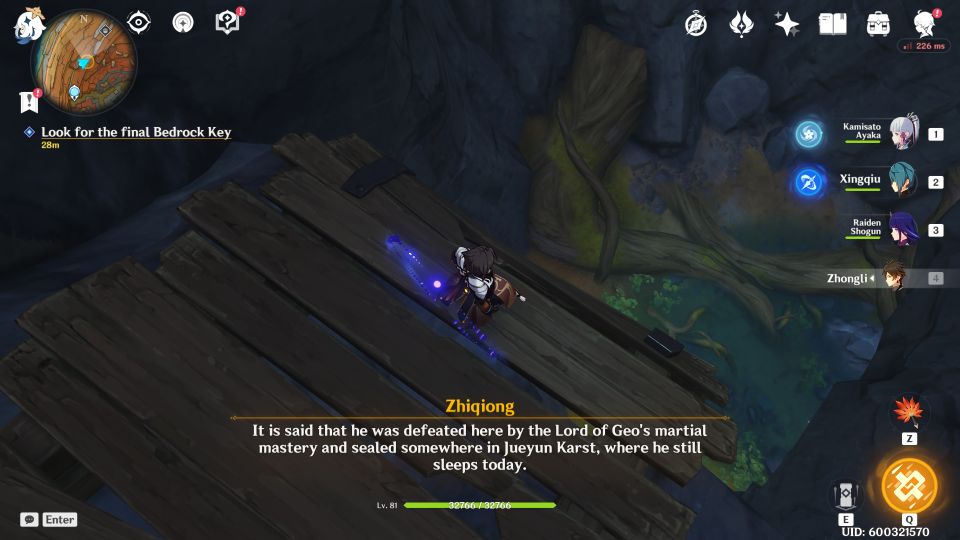 You will see the final Bedrock Key. Destroy it the same way.

Watch out for the monsters at the bottom. 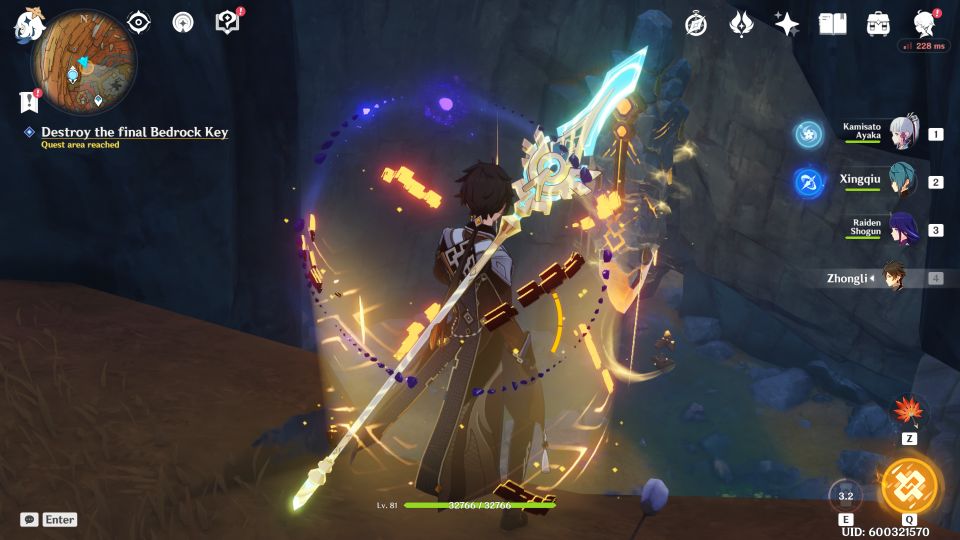 The quest ends after this.