A Teapot To Call Home is a new quest under version 1.5 of Genshin Impact.

Your objective is to follow Yanfei as she gathers the materials needed to make the Serenitea Pot.

Here’s a walkthrough of A Teapot To Call Home in Genshin Impact. 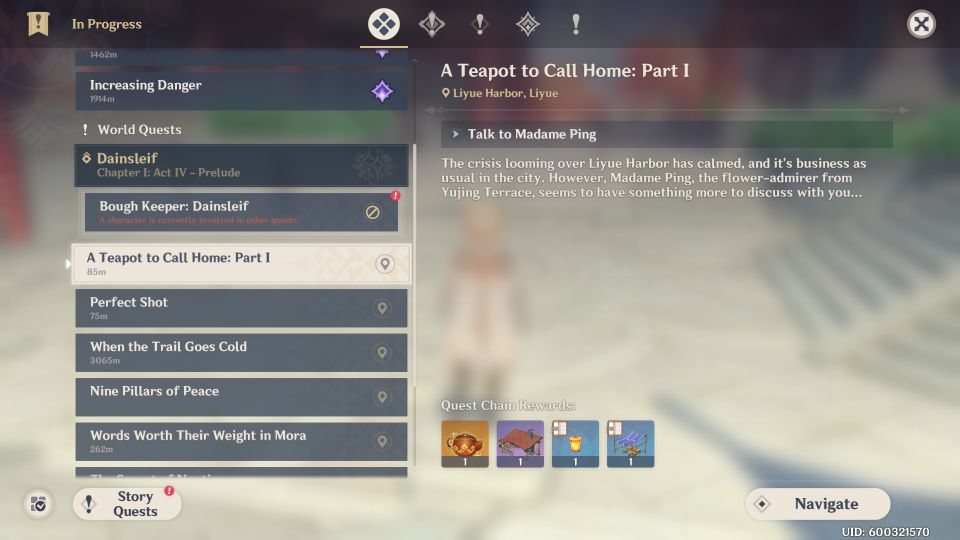 To begin the quest, talk to Madame Ping in Liyue. She’s at her usual spot on the hill. 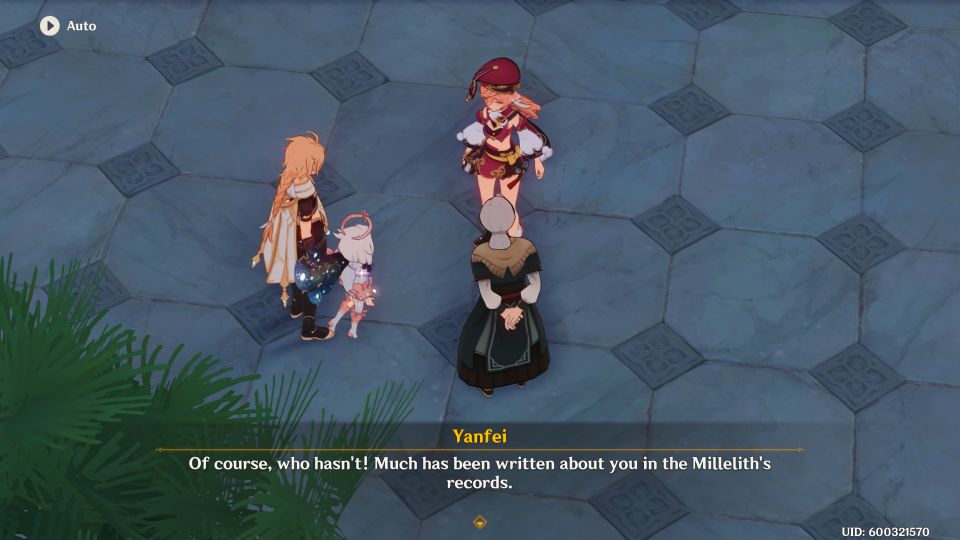 You’ll need to get a certain jadeite for making the teapot. Talk to Krosl who is in the Liyue port area.

He will say that he sold the hairpin containing the material to Zhiqiao. 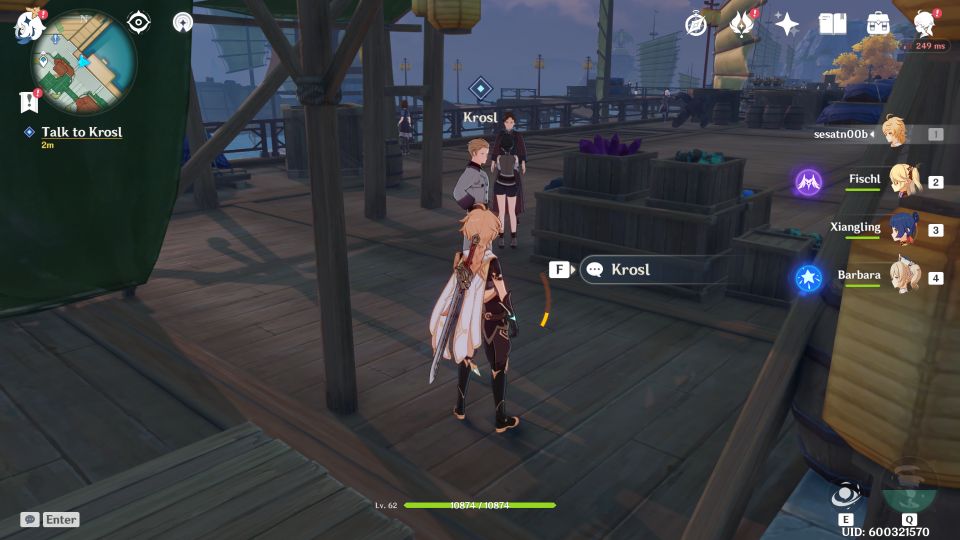 Head to the upper part of Liyue and speak to Zhiqiao. To get to her, you have to use the staircase further away.

She’ll say that she lost the hairpin. 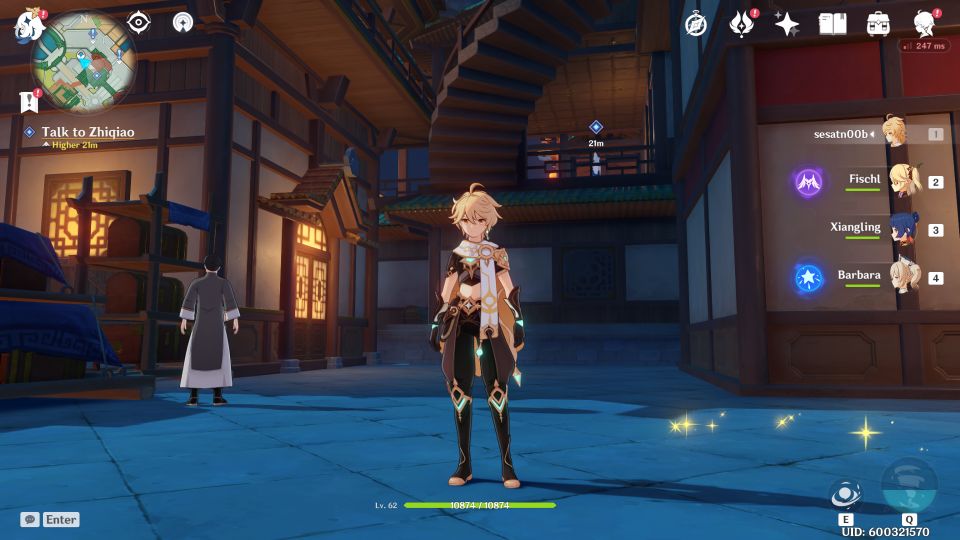 Get back to Krosl and he’ll demand payment from Zhiqiao for losing the hairpin, as stipulated in their contract. 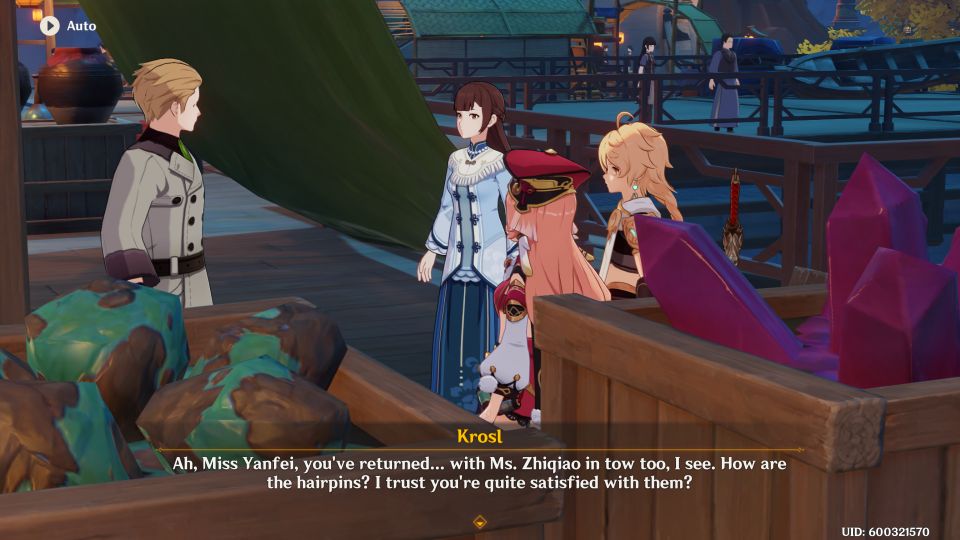 Find a convenient place to talk

Next, head to the location marked on the map to speak to Zhiqiao.

Yanfei will say that she suspects Krosl of not selling the real jadeite. 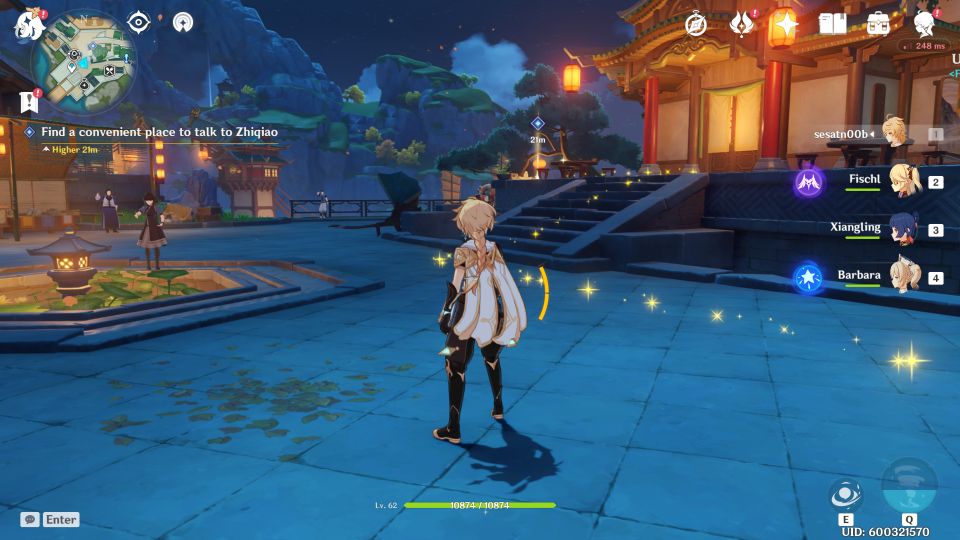 Talk to Shitou, Xingxi and Baizhu

Next, talk to Shitou who is just opposite of you. He’ll let you examine the debris of the “jadeite”. Turns out, it’s not the real material and Yanfei will ask for an affidavit from him. 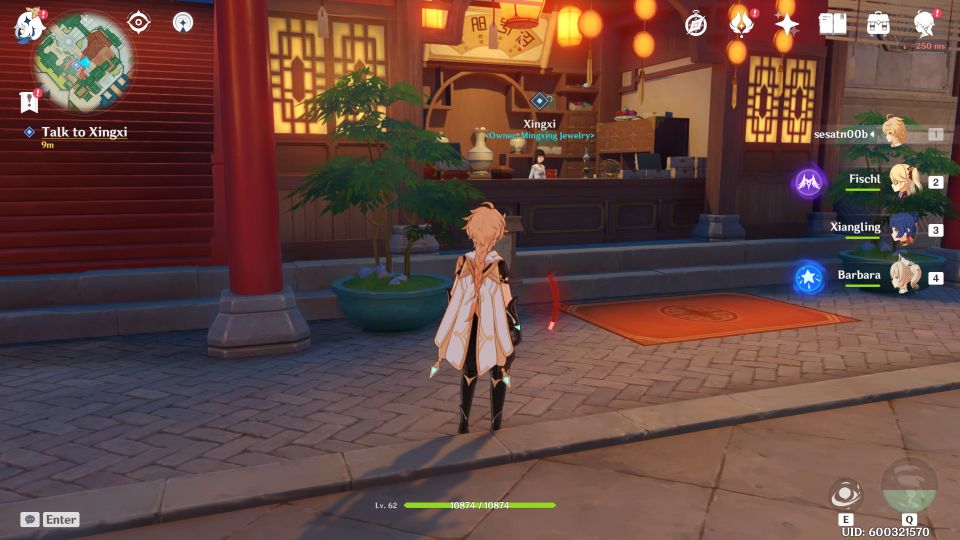 Finally, talk to Baizhu who owns the pharmacy. 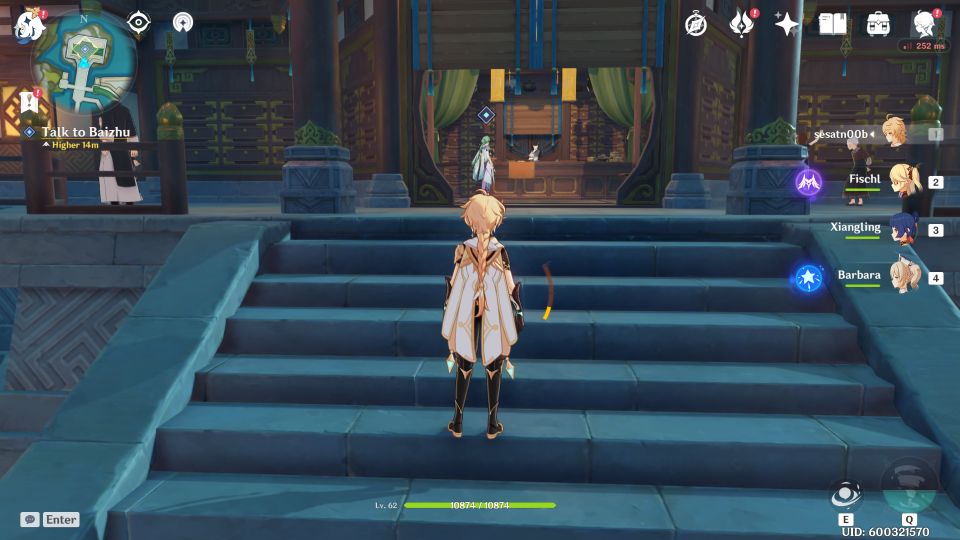 Get back to Krosl and get the truth from him by showing the three different evidences.

He’ll admit to selling a different gem and will have to pay the price. However, Zhiqiao is more forgiving and seeks a business partnership with Krosl.

The actual jadeite is handed over to Yanfei as legal fees. 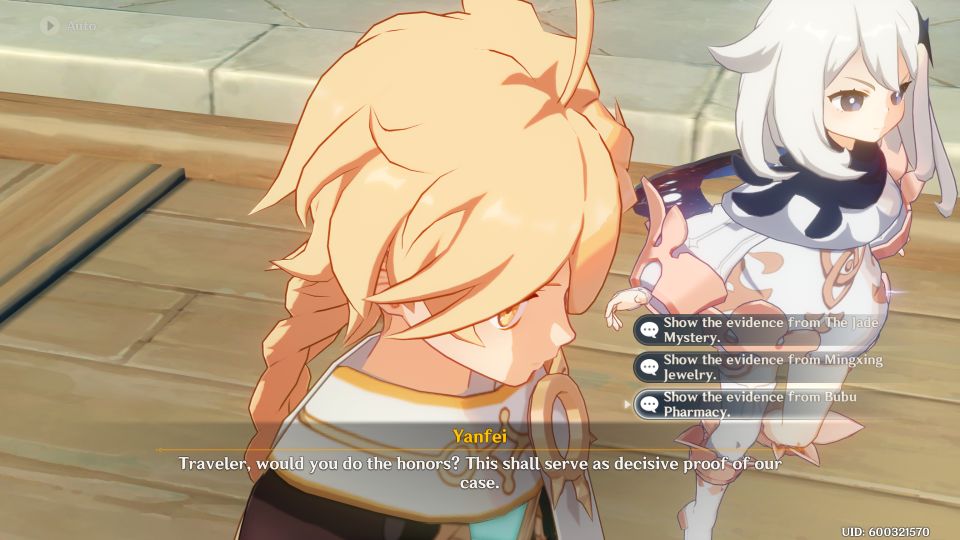 Get back to Madame Ping to make the Serenitea Pot. 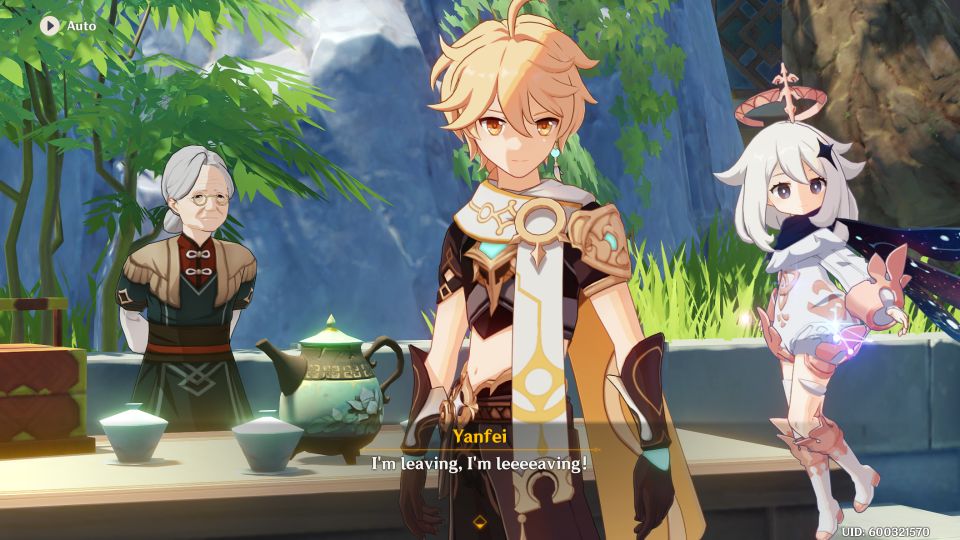 You will then unlock a gadget, i.e. the Serenitea Pot.

It’s a realm you can enter to customize your own mansion and surroundings. 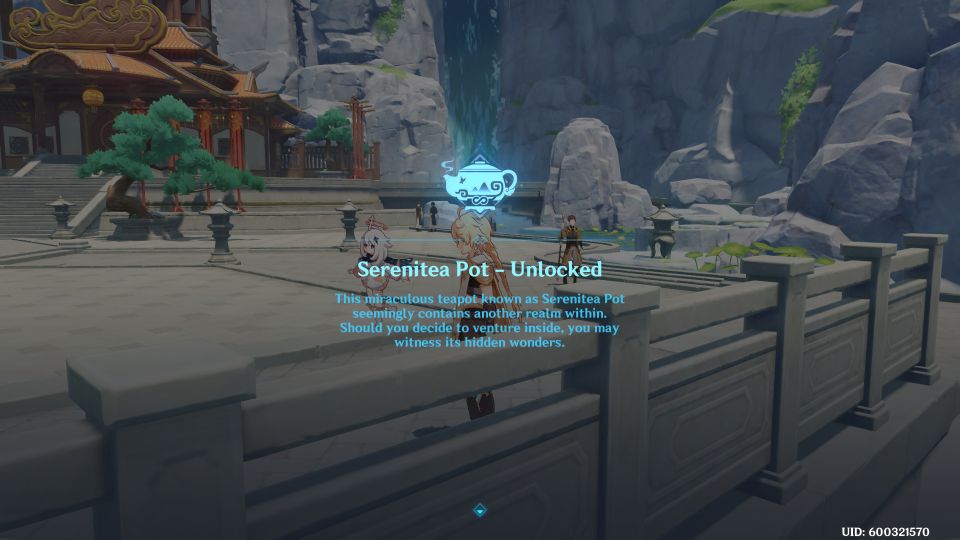 To use the pot, go to your inventory and choose gadget. 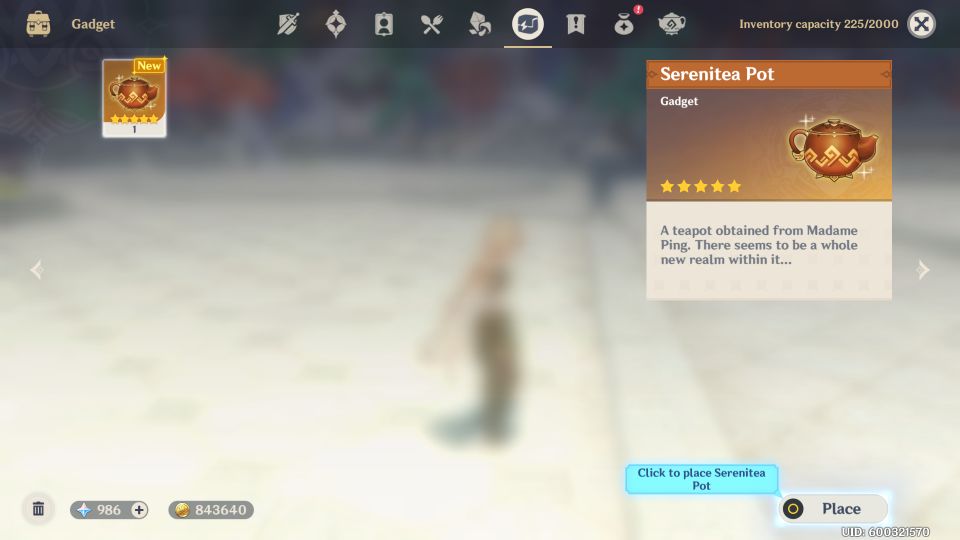 Customize your own realm

When using the pot, you can choose one of three realms as a layout.

Inside the realm, you can speak to Tubby who is an assistant / butler. 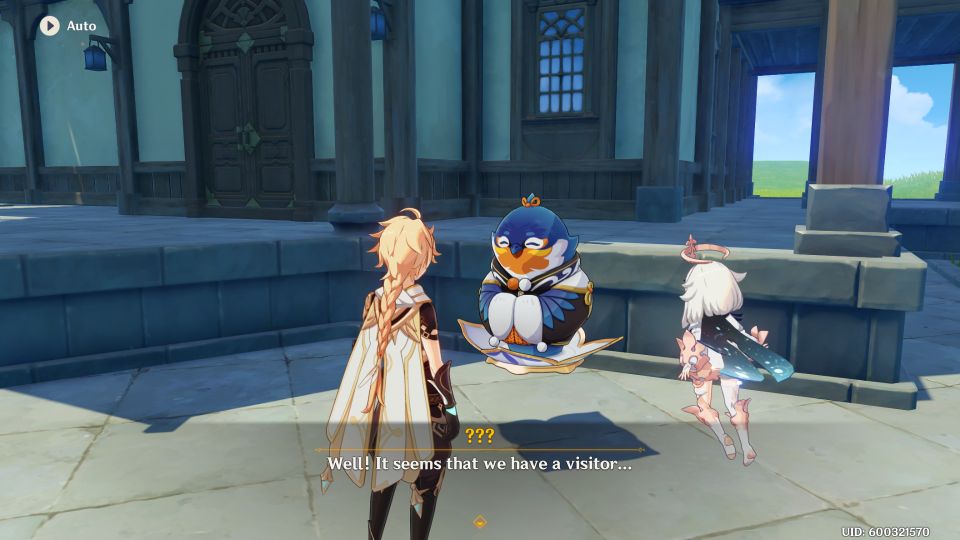 You’ll be able to customize your mansion and surrounding area. 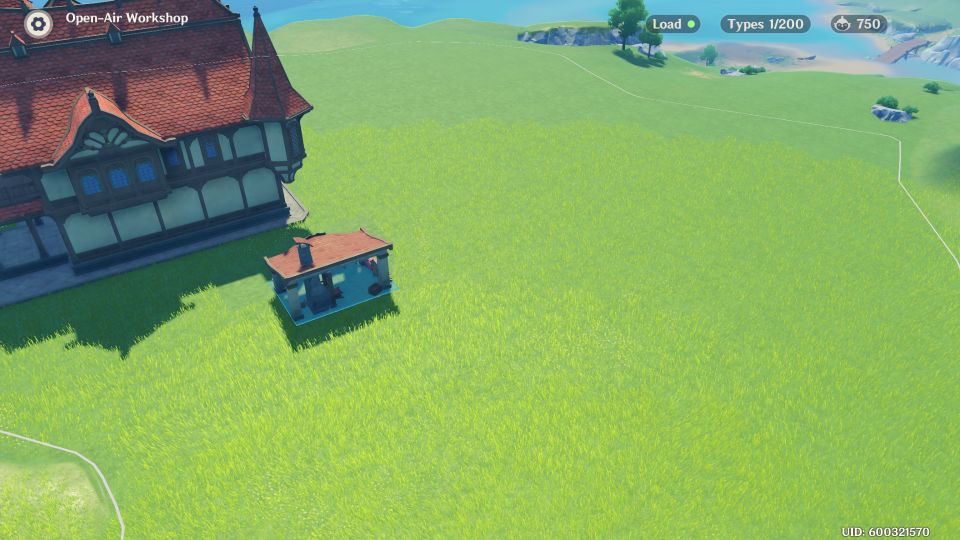 Enter the mansion and you’ll see more space to play with. 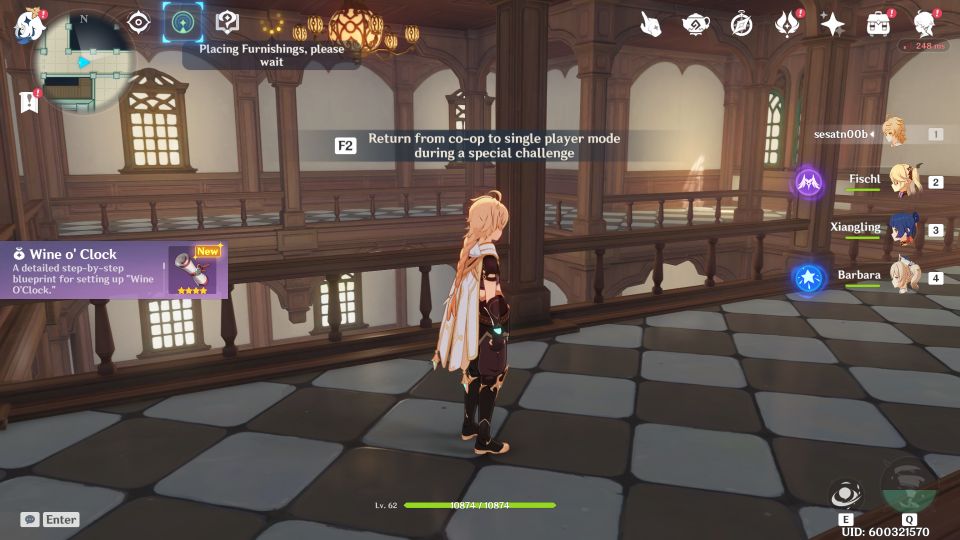 Some of the materials needed to craft furniture have to be obtained from the real in-game world. 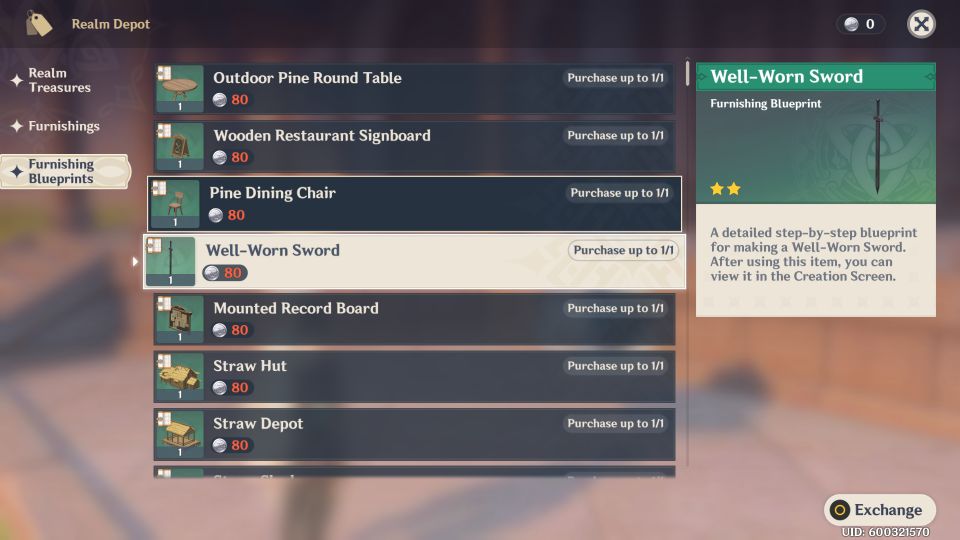 How to leave Serenitea Pot

To leave the area, you have to go to your gadget in the inventory menu again.

Place the pot and then interact with it to leave. 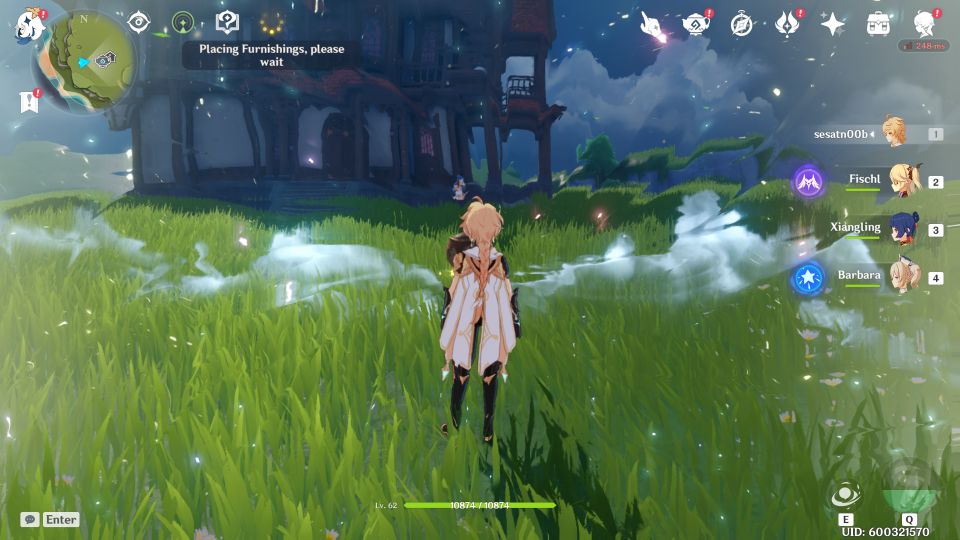