If you go to Minlin, Liyue in Genshin Impact, you may notice a bird monument on the mountain peak / top.

There are several of these monuments / statues on the mountain tops and they are connected.

Here’s how you solve the monumental stone statue puzzle in Minlin, Liyue, in Genshin Impact.

Get to the Statue of The Seven in Minlin

First of all, go to the Statue of The Seven which is located in Minlin, Liyue. The statue is at Qingyun Peak.

Unlock the statue as a waypoint first. 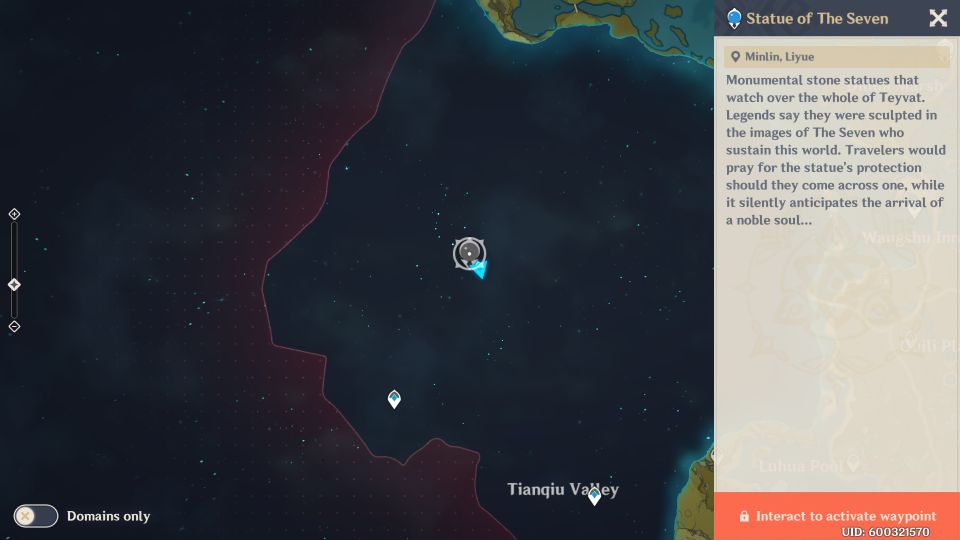 From the Statue of The Seven, glide to the highest mountain just beside and climb all the way up. You’ll see a waypoint. Activate the waypoint and continue climbing to the peak.

You will then see a special monument.

Read the description and observe the strange light.

You’ll then learn that you need to connect the monument to three bird statues. All three birds are on three different mountain peaks. 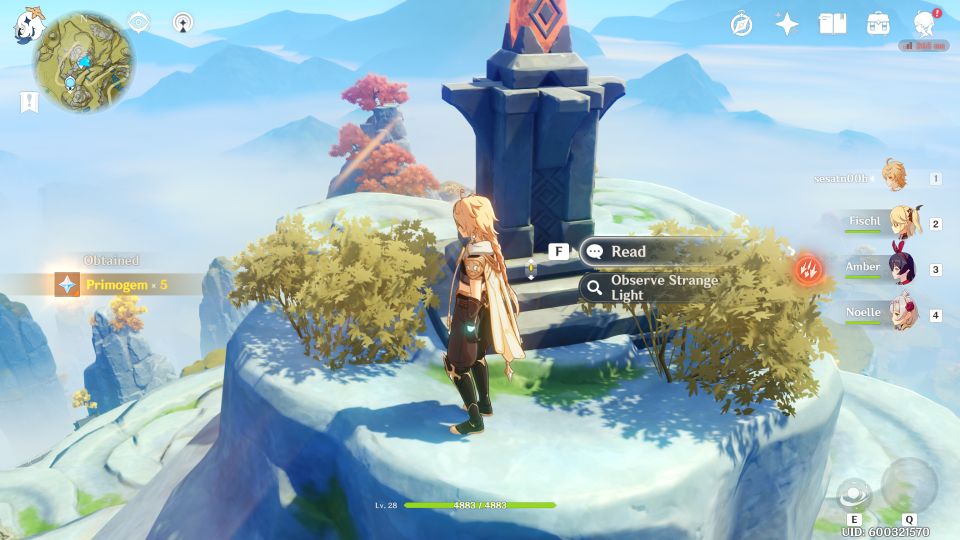 Follow the energy and glide towards the other mountain.

Get to the top of the other mountain and you’ll see a bird statue. 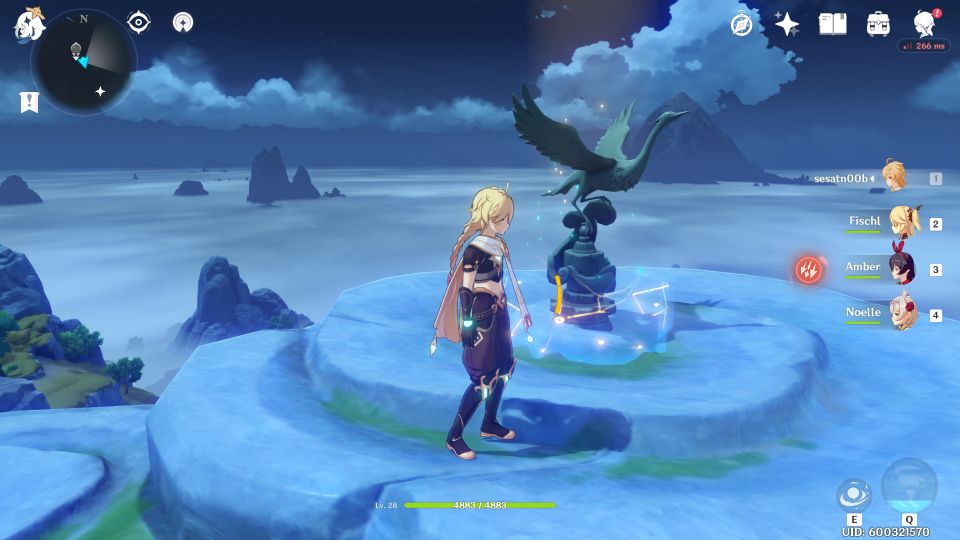 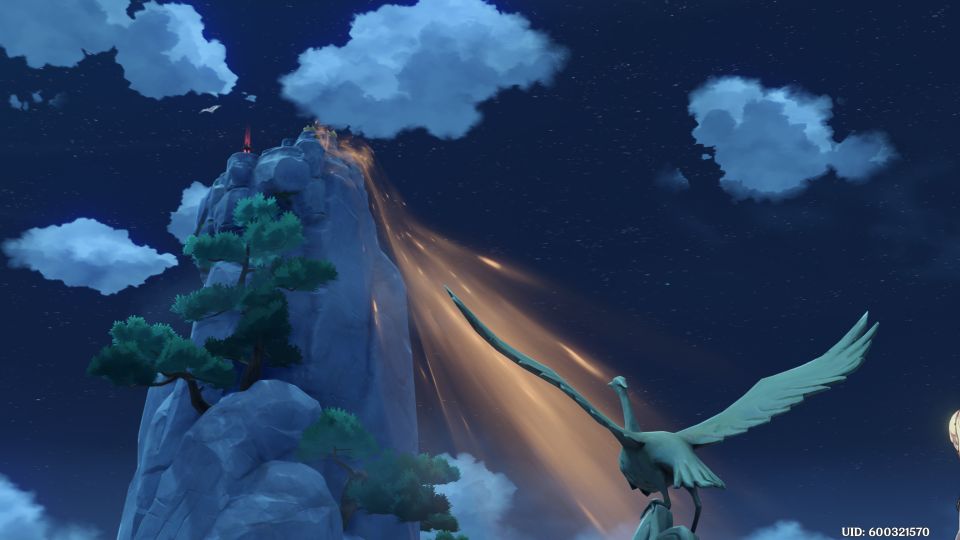 Two of the peaks have tons of red cherry blossom trees. 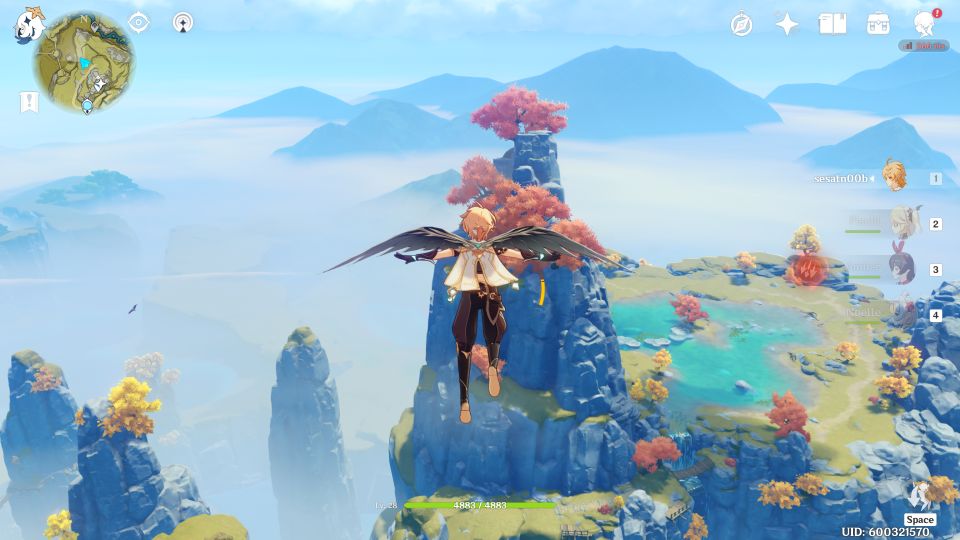 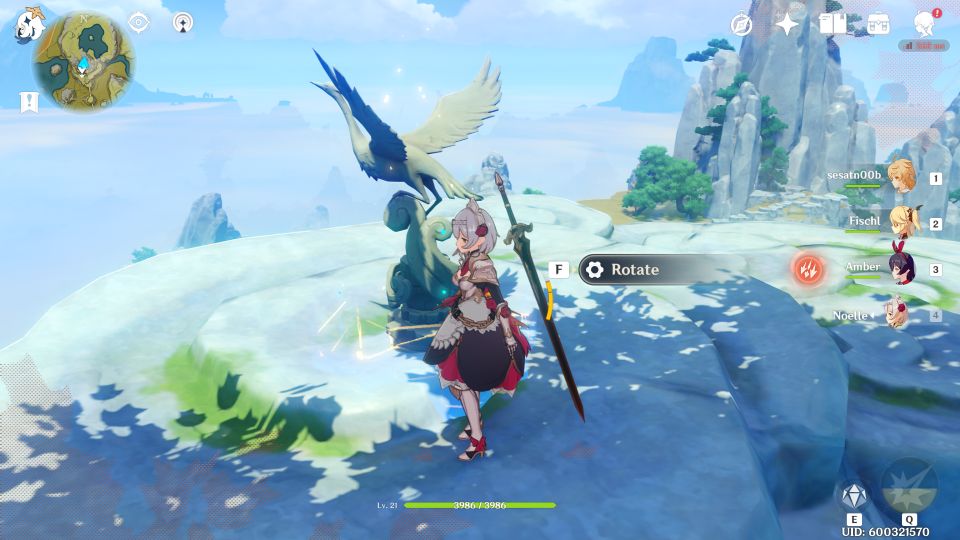 After connecting two of the bird statues, fast travel back to the monument.

You’ll then see the last peak. Glide towards it. 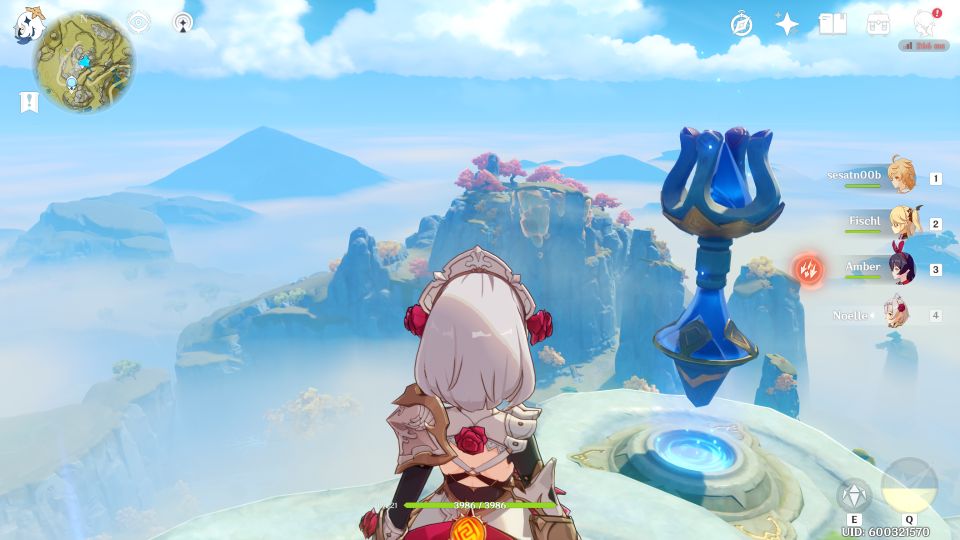 Rotate the last bird facing the monument as well. 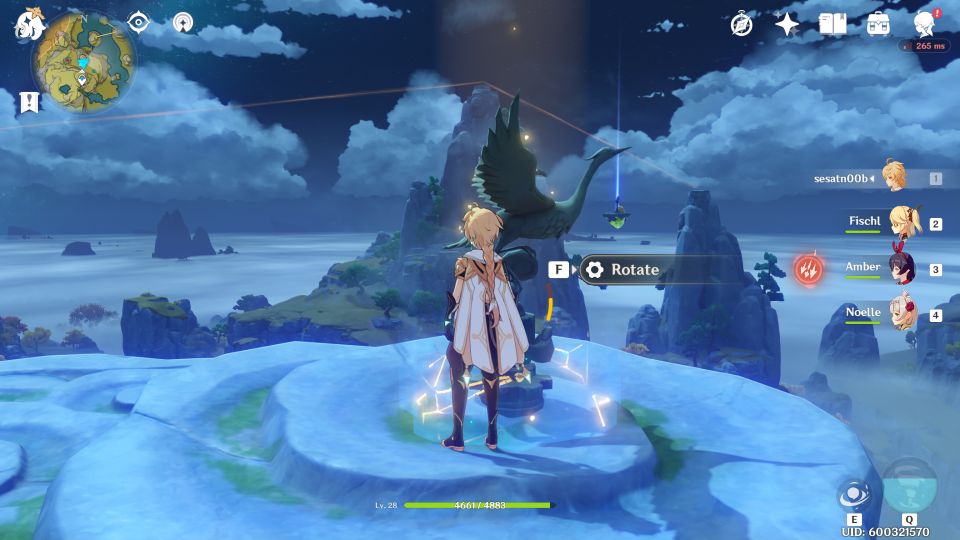 Return to the monument

After completing all three birds, return to the monument on the highest mountain. 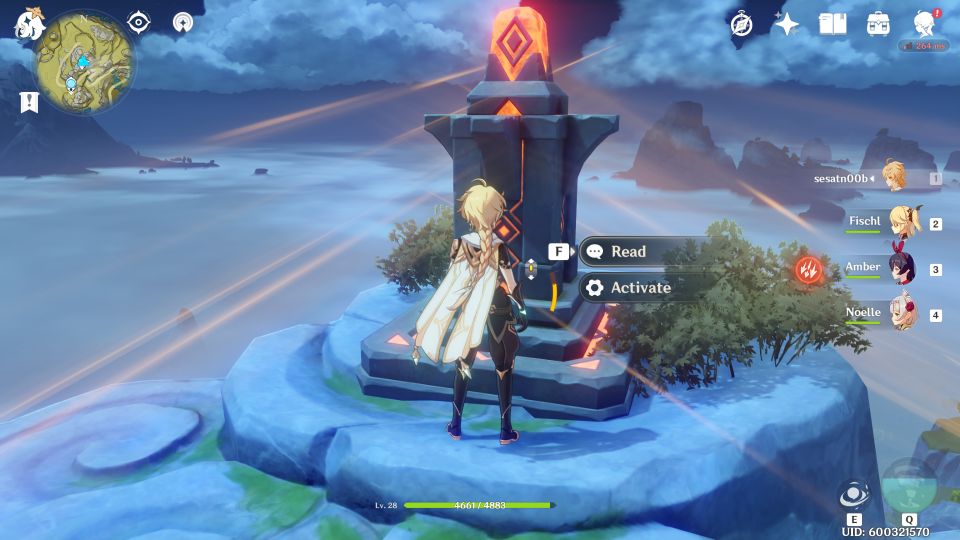 Go to the floating land

You will see a wind current going up. Look up and you’ll see a floating land.

Use the wind current to fly up. 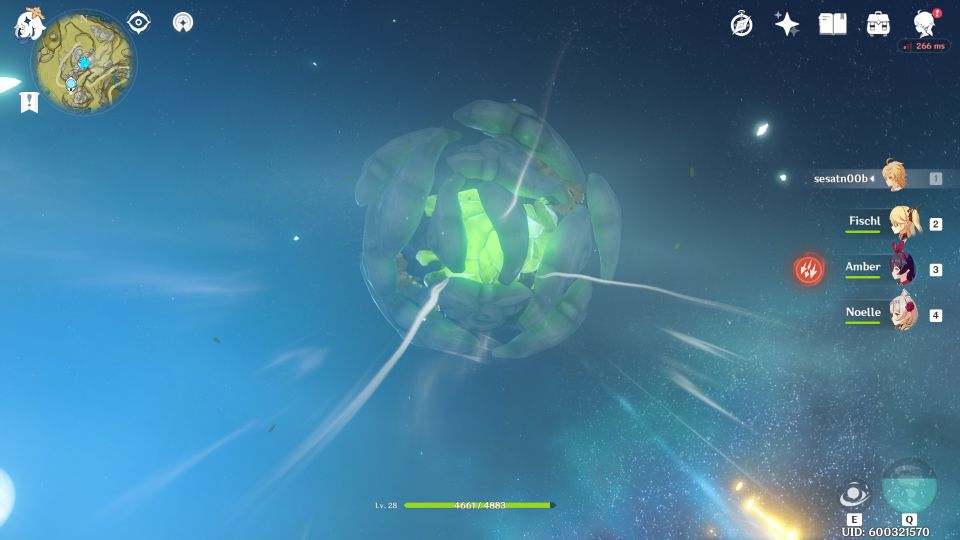 As the wind doesn’t blow you straight to the top, you need to get to the floating steps. Climb up the steps and use the next wind current to go up again. 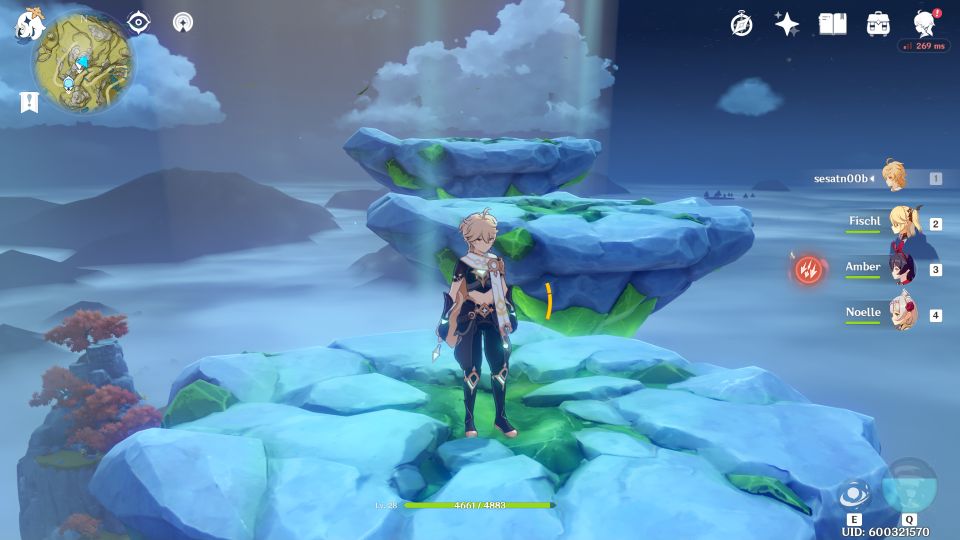 Similarly, get onto the upper floating steps and jump all the way up. 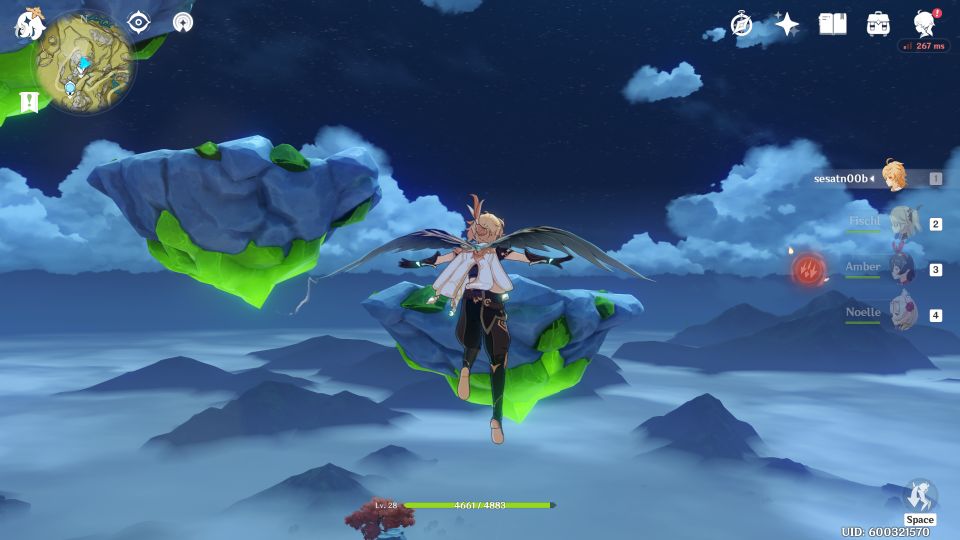 At the top, you will see two precious chests and one luxurious chest. There is also a Geoculus here.

The luxurious chest may give you a four star artifact / item. 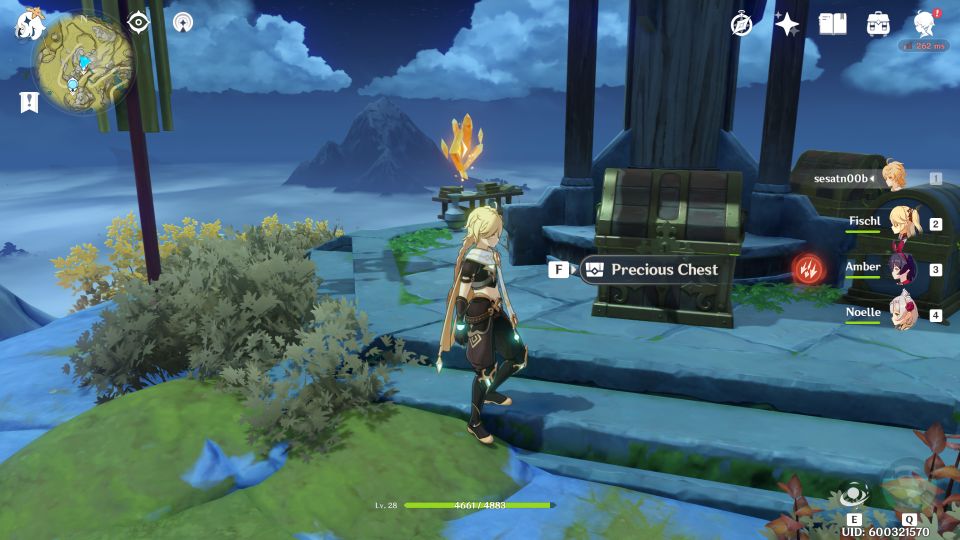