One of the most respected fields in the gaming industry is the RPG community. Over the past few years, it has gained public respect for bringing high intensity and creative games into society.

The horror genre is one of the most enjoyed RPG genres. It has received countless reviews from various gaming personalities from different platforms.

Here are the best RPG horror games that will surely knock your fear away.

If you want to play the role of a detective, Call of Cthulhu is the game for you. This game is about Private Investigator Edward Pierce who is finding justice for the tragic death of the Hawkins family. He thought it was just a simple crime case but it all changed when he realized that there is something bizarre happening in the place.

The location of the mansion of the Hawkins was in a remote island of Darkwater. During the course of Pierce’s investigation, he observed that there are a lot of irregularities regarding the police report. What adds to his problem is the unwillingness of some locals to cooperate with him.

In the first place, locals don’t want any stranger stepping their foot on their island. The island is filled with hidden passages, nightmarish asylums, and abandoned buildings which already give a clue that the place is indeed unusual.

Be sure to be prepared when playing this game because it was not just about violence and the locals, there are also creatures that will hurt you.

Unlike the first one which is mainly focused on mysteries, the Mad Father game is a combination of mystery, horror, and survival game. The game is all about Anya who lost her mother at an early age. Anya is living with his father who has a hidden laboratory.

Things started to get crazy when ghosts and ghouls were able to escape from the laboratory bringing her father with them. The main objective of Anya in this game is to uncover the truth about her mother’s death and rescue her father from the hands of those paranormal creatures.

The only way to solve the problem and help Anya is to complete several puzzles and find hidden clues. However, the ending varies on the players’ decision. Sen, who developed the game, created three different endings that is based on what’s the players’ response to the challenges.

Sinking City is another detective-based game. It is a third person perspective game wherein the player will play the role of private investigator Charles W. Reed. The setting was in the city of Oakmont Massachusetts where supernatural activities are happening. The objective of Reed is to uncover the truth behind the suffering of the people in the city.

Aside from the supernatural beings, locals are one of the things that hinder you from uncovering the truth. All you need to do is to complete each task and find every hint available in order to proceed to the next stages. This game will surely test your problem-solving skills. 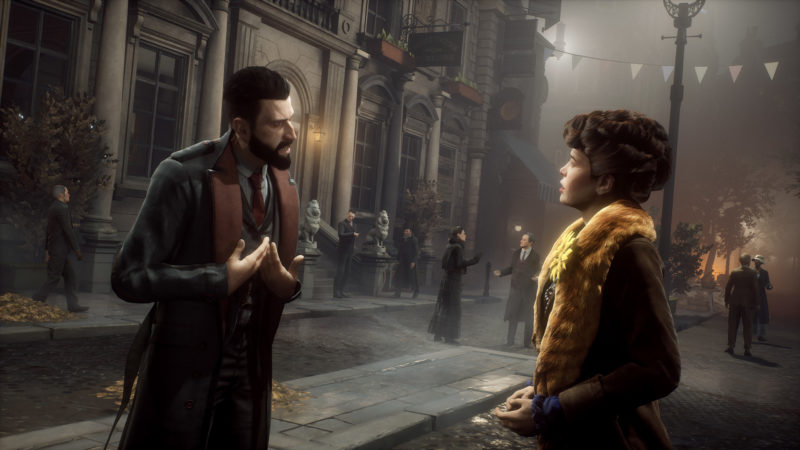 After helping the British as a surgeon during World War 1, it’s now time to kill some people. The game Vampyr is about the British surgeon who was then turned into a vampire. While London is facing the deadliest outbreak recorded, he will also add to the problem and contribute to death by hunting people down. The thing that will dictate the outcome of the game will be the players’ decision whether to take the person’s life or not.

There are two things that will excite you in this game: the combat and the dialogue. The creators were able to make the game action-packed. The players’ character is filled with combat skills that can be used during the hunt. The dialogue also makes the game more realistic.

You will be able to interact with the people of London and enjoy talking to them while solving missions and completing tasks.

This game is another kind of vampire story RPG. The player will be a vampire in the modern city of LA and live in the underworld together with the other vampires.

The challenge of this game is that the character will be the one to develop his own skill and make him powerful by solving quests and fighting mortals and other vampires.

The game combines the excitement of the action and the enjoyment that the dialogue brings in every quest. Although there are already lots of first/third persons’ perspectives RPG available in the store, Vampire: The Masquerade – Bloodlines is considered as the first of its kind to apply melee action, stealth strategies, horror theme in the game. 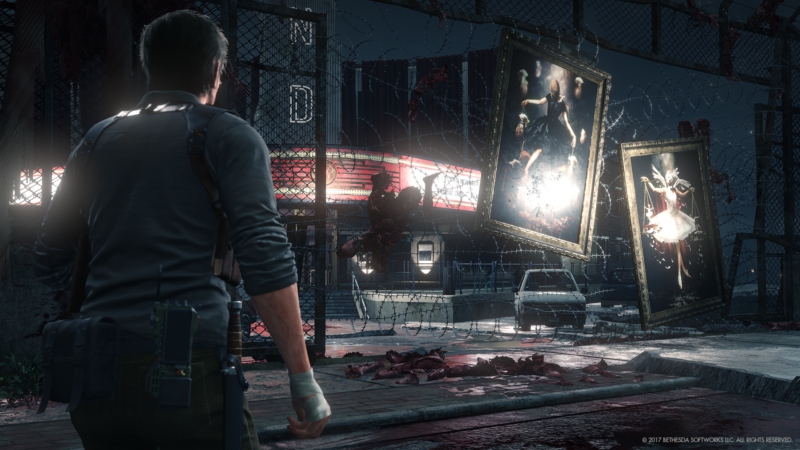 If you want a horrifying game, The Evil Within 2 is for you. This game offers a very horrifying environment where playing this one alone is probably not the best decision. You will be playing the character of Sebastian Castellanos. The main objective of the game is to save your own daughter but in order to do that you need to face plentiful, relentless, and horrifying enemies.

Based on the objective of the game, this is clearly classified as survival-horror style game. The main thing that makes this game amazing is the impromptu fight scenes where you will be facing enemies anytime and you have to defeat them with the resources available to you at that moment.

However, with the use of your pistol, shotgun, crossbow, and bladed weapons, you can deal a stealth attack against the enemy. There are also explosives available which are useful in terms of breaking into enemy lines. 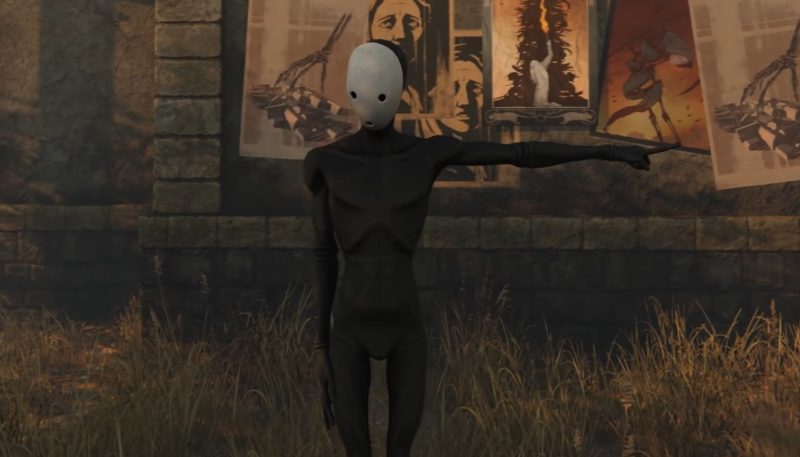 This game is the remake of the original Pathologic game. It is another survival horror type of game. Unlike other horror games wherein you are in a place filled with vampires or supernatural enemies, in Pathological 2 you will be facing against the deadly plague.

The objective is to save as many people as you can within the allotted time which is only 12 days. 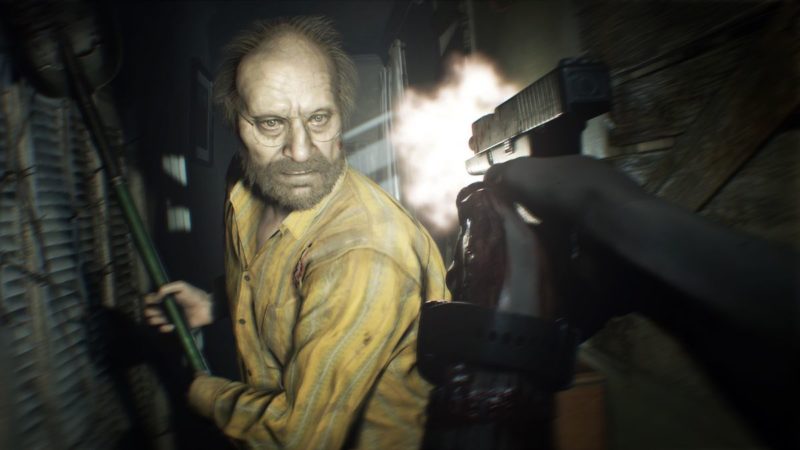 Another survival horror type of game is Resident Evil 7: Biohazard. The player will be playing the role of Ethan Winters during the game. The setting of the game was in the city but almost all of the action is focused on the Baker estate where puzzles, secret passageways, and threats were just waiting for you.

The story of the game started when Ethen travels towards Louisiana to save Mia. When he found Mia in the basement of an abandoned farmhouse, Mia was able to give him a warning about the existence of “Daddy”.

When they are already escaping from the area, they then encounter the man Mia referred to as daddy. The outcome of the game will now be decided by your tactics and fighting styles. You must be able to survive from the horrors of that man and his family. You will be the one to choose your own destiny whether it’s to kill or be killed. 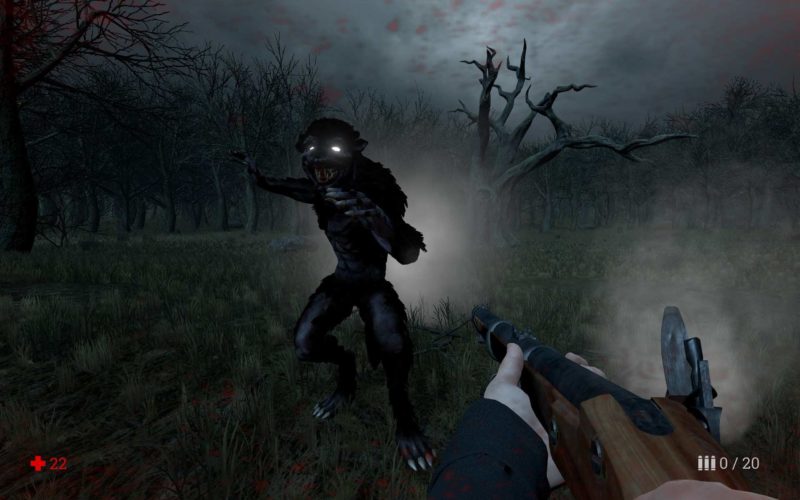 From the title itself, this is a horror themed hunting game. The one you will be hunting in this game is not the animal but rather monsters. You will be playing as a hunter where you will capture or kill every monster you can find using the available firepower in the game. You can either buy some weapons, magic or other tools or be lucky enough to receive dropped items in every quest.

The woods near the town of Bellville will be your hunting ground. The environment will be different from what you expect. It’s a creepy forest where relentless creatures are living. Your main focus is to kill creatures that prowl among the darkness before getting killed.

The game took a lot of time for the developers to make. Even though the game is only playable in PC, the developers still did a great job in making it exciting and unique by adding some key features in the game. 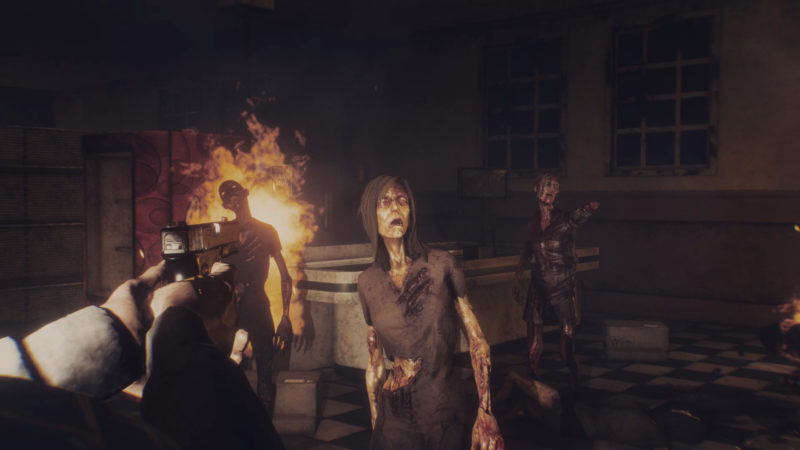 If you’re already tired of playing offline games, try playing online. Dead Frontier 2 offers an online survival horror game. You will be placed in an outbreak-stricken area where you must be able to survive. You must find a way to make a living out of the already dying society.

The only thing you can do is to scavenge things that are useful for your task. You can trade things with other players and help each other survive and you can improve your skill in order to increase your survival chance. But, you must watch out and be careful with your movements because a simple mistake can make you infected.

You will be facing the dead as one of the many challenges in the game but some players can be troublesome also. You must find resources and rare equipment by scavenging on different buildings but be sure to conserve your ammo when facing an enemy.

Be sure to gain some allies, there is a very high possibility of completing the game when you are working as a team.

We have listed 10 games that fit this genre pretty well and hopefully it’s a good start for you, if you do love RPG horror games.