It’s only natural for us to try to find a solution to any problem we encounter. This is why puzzle games are so intuitive — they make us do something that’s so natural for us. Not to mention, they let us have fun while also giving us a chance to sharpen our problem-solving skills as well.

The best part about puzzle games is that they come in many forms.

From the classic Tetris to the more recent and ground-breaking games like Portal, there are so many different puzzle games available for you to play and choose from.

With that said, we decided to round up some of the best puzzle games of all time (in no particular order) to help narrow down your list of choices. 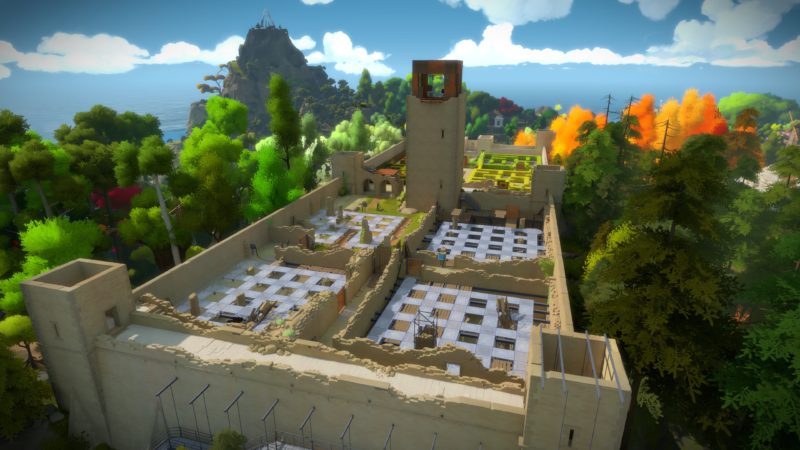 Released way back in 2016, The Witness is the perfect example of how much you can do with something as simple as a straight line.

The brainchild of Jonathan Blow, The Witness might not be the sort of game that you’re into. At least, at first. It’s difficult in its own way and it relishes the opportunity to make life hard for its players.

With more than 650 puzzles available for players to complete and an open-world set up, it’s easy to see the average player spending at least a hundred hours trying to complete The Witness and still be ways away from doing so. 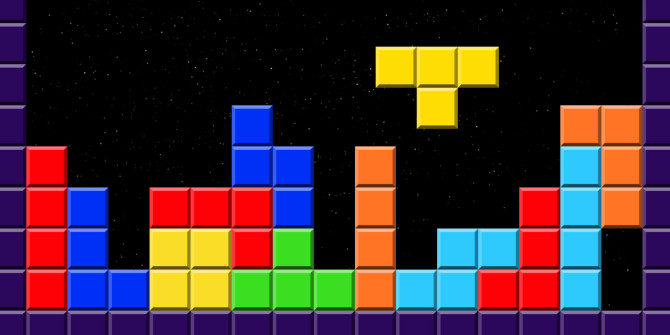 Platforms: Pretty much every format under the sun

Tetris is one of the oldest puzzle games in existence. It’s also one of the best.

The tetromino shapes that have survived the test of time is a pop culture icon at this point and countless developers have tried to put their own spin on this age-old classic.

Regardless of what they do, however, as long as it’s the same familiar Tetris that generations of gamers have come to love, it’s going to be a lot of fun. 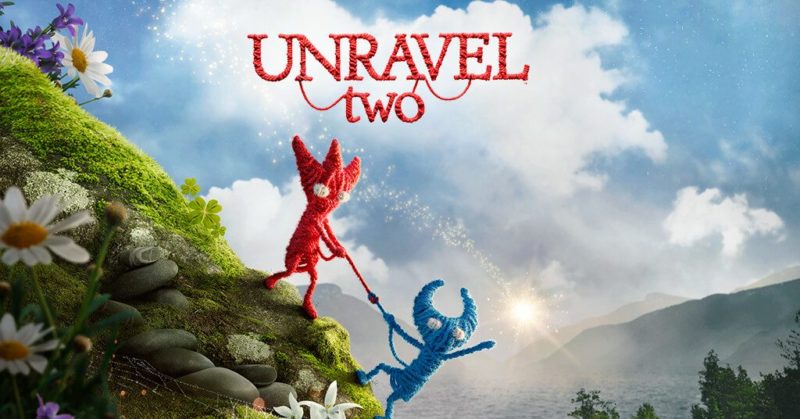 Today’s gamers are spoiled with the number of puzzle platformers available across multiple platforms. But, if we were to single out a game (or in this case, games), we’ll have to go with Unravel and Unravel 2.

A game almost completely devoid of fighting or bosses, Unravel and Unravel 2 has gamers going through an immersive journey as they explore the world and solve tricky puzzles of varying difficulty around them using Yarny, a scrawny red dude whose body is made entirely out of yarn.

Featuring picturesque graphics and backed by a beautiful soundtrack, Unravel and Unravel 2 are some of the best titles of the current generation. 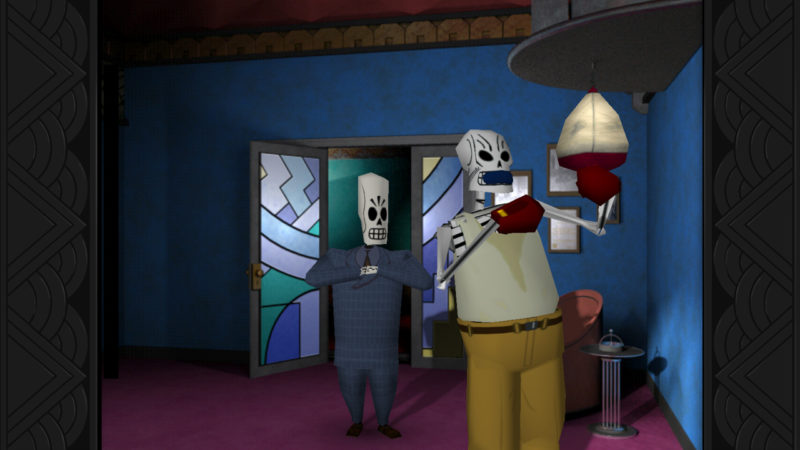 Released first in 1998, the classic Grim Fandango from LucasArts is more of a narrative game than a puzzle game, but it has just enough elements of a puzzle games to qualify, which is why we thought it best to include it in our list.

Playing as Manny Calavero, who is a travel agent working in the underworld, your goal in Grim Fandango is to try and uncover a controversial scheme that’s obviously way above your pay grade.

Considering that you’ll be playing pseudo-detective for most of the game, expect a lot of puzzle-solving and clue-searching to happen.

The only downside to playing Grim Fandango is that the graphics haven’t really aged that well. But, the remaster has been out for quite some time already now, so, if it’s your first time playing the game, you might want to skip directly and play the remastered version instead.

If you happen to have already played Grim Fandango in the past, the existence of the remaster is reason enough to play the game again. 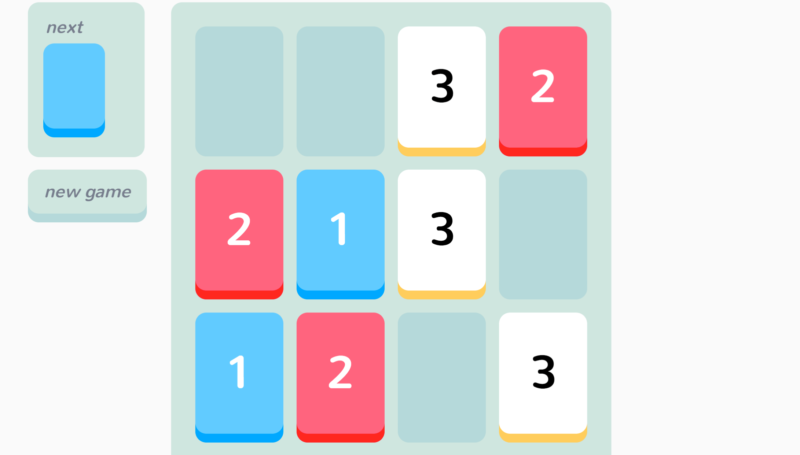 If there ever was a platform that puzzle games were made for, it’s mobile.

There’s a bevvy of puzzle games available on both iOS and Android devices these days that multiple articles wouldn’t be enough to list down all of them. But, when it comes to one of the best, the 2014 number-based matching game, Threes, has very few equals.

The premise of the game is both simple and complicated.

Playing on a four-by-four grid, players will have to try and maneuver their way into larger numbers while making sure that they don’t get stuck. The game ends once a player rounds out of possible moves, making it incredibly important to set yourself up multiple moves ahead every time you make a move.

Threes was once thought of as an unbeatable game. However, a few years later of it launched, one player found that it is possible to “beat” the game.

Try not to be too hard on yourself if you can’t do it, though. It’s a near-impossible feat.

You’re better off just focusing on exercising your brain and killing time instead. 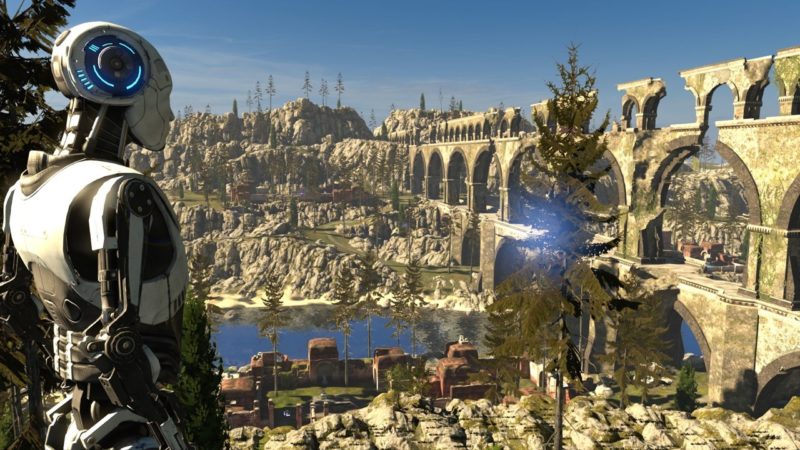 Don’t let the FPS aesthetics and “action” fool you, The Talos Principle is a puzzle game through and through.

Easily one of the most complicated puzzle games ever released, The Talos Principle will have you thinking for hours on end while also dousing you with a healthy dose of philosophical questions that will have you questioning the morality of your in-game decisions.

With multiple endings available, all of which are based on the kind of choices that you make in-game, The Talos Principle should be enough to keep even the most avid of puzzle gamers busy for days if not weeks.

If there’s one thing that Tetris proved with its enduring presence, it’s that puzzle games don’t always need to try to complicate things to be popular.

Candy Crush Saga takes that to heart with simple and addictive mechanics that make it accessible to the worldwide audience.

In Candy Crush Saga, all players have to do is simple. Pair three of the like icons to each other to score. The more icons you paired, the higher your score goes. Bonus points are awarded for consecutive pairings, or for pairing more than three icons.

Candy Crush Saga doesn’t really try to complicate things, and it doesn’t have to.

If you’re looking for a casual puzzle game to play to pass the time, Candy Crush Saga is a no-brainer. 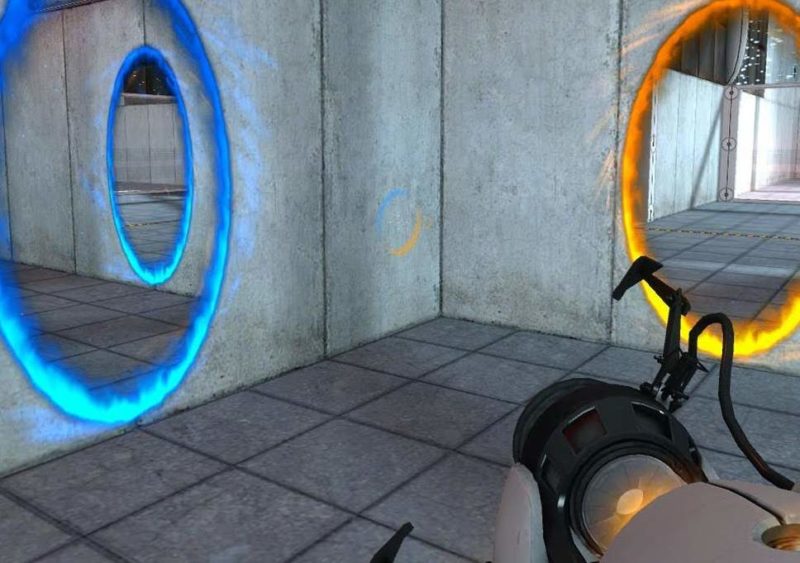 Much has been said about the two classics from Valve, and yet, words can’t really seem to do these two games justice.

Turning the gaming world on its head when they first released, Portal and its sequel, Portal 2, are the perfect examples of why video games should be considered as a form of art.

Introducing a unique mechanic where players use portals to go to-and-fro, as well as solve the game’s multiple puzzles, both Portal games have everything going for them.

From innovative gameplay to accessibility, as well as a well-written story and plotline that isn’t afraid to inject both light-hearted and dark humor at appropriate times, there’s a reason why a lot of people consider the Portal games borderline perfect.

With an editing tool and loads of workshop content available, Portal and Portal 2 will definitely have you scratching your head trying to solve puzzles, as well as maybe creating your own. Braid is arguably the best PC game that you have never heard of.

Really, Braid flew under the radar of most gamers that you probably wouldn’t believe me if I told you that the game was released in 2008 and was both a critical and commercial success.

Mind you, Braid isn’t a perfect game. Far from it, actually. As 2D indie game, first and foremost, it suffers from a couple of hiccups, but none that are big enough of a deal to take away from the entire gameplay experience, which is pretty much without equal.

Controversies about Braid being a magnet for people who like to pretend they’re smart aside (the game’s intentionally ambigious story leaves a lot for interpretation), the game does an excellent job in making you feel like a genius whenever you manage to solve its series of deceptively simple and well-designed puzzles.

All in all, when it comes to puzzle games, there are only a few that are as good as Braid let alone better.

A puzzle game is a genre of video games that has players solving puzzles using logic and pattern recognition, among many other problem-solving skills.

Since the days of Tetris back in the 1980s, puzzle games have continuously evolved to feature a variety of creative concepts, often of which help encourage a player to try and use their imagination, as well as curiosity, to pass each level.

Currently, puzzle video games are going through a bit of a renaissance. After seeing very few memorable releases throughout the 2000s, the advent of smartphones, among others, have helped bring the once “dead” genre back to life, and now, gamers have dozens if not hundreds of titles to choose from, with the number growing by the day.

If you’ve already played through all of the titles that we suggested and you’re looking for more, don’t be afraid to explore.

From traditional puzzle games to creative and experimental takes, as well as puzzle platformers, the puzzle game genre should have plenty to offer to help satiate your ever-curious and ever-imaginative mind.