Just when you thought that you’ve played them all, you realize that there’s a whole lot more Pokemon games out there for you to get right into.

Having created one of the most dedicated and loyal fan bases out there over the past two decades, Pokemon has seen its fair share of fan games that sport arguably the same quality as that of the core titles of the series.

Starting with ROM hacks and bootlegged versions, Pokemon fans have since recreated full and near-authentic Pokemon experiences that fellow fans, who are looking for something different and yet familiar at the same time, can sink their teeth into.

But, of course, as is with any fanbase filled with fan-made video games, not all fan-made Pokemon titles are worth playing.

Lucky for you, we’re here to help.

We’ve decided to save you the trouble of having to sift through all of the fan-made Pokemon games ever released.

Below, you’ll find some of the best Pokemon fan games available out there created by for their fellow fans. 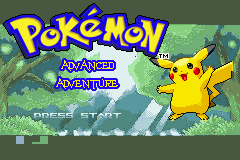 For decades, nearly every Pokemon game released has followed the same old formula: You pick any one of the three starters, collect Pokemon, make your party stronger, face off multiple times against a rival, beat the gym leaders, and then you go on to try and beat the Elite Four.

It works, because, as cliche as the formula may look like, it’s not half-bad.

Collecting creatures, leveling them up, and completing quests along the way never do seem to get old. Or, at least, for most people.

For the developers of Pokemon Advanced Adventure, which is a modified version of Pokemon LeafGreen for the GBA, enough was enough.

Instead of creating his own take on the Pokemon formula, the developer instead focused on subverting the entire thing, putting you in the shoes of mostly the same protagonist but with the twist in that, your rival has become an evil psychopath that’s got an iron grip on the rest of the world.

If the premise reminds you of the Megaman or Rockman games, that actually sounds about right.

Before you get to fight your rival, you’ll have to make it through eight of his evil underlings, and, as is fitting with the darker theme of Pokemon Advanced Adventure, the plot actually has you, the protagonist, basically crawling your way out of poverty through sheer will and tenacity.

It’s dark, we tell you. But, it’s also a damn good fan-made title.

Created from the ground up, Pokemon Insurgence is one of the few true fan-made Pokemon titles that weren’t based off of an official title.

This means that everything in Pokemon Insurgence is unique, including its less child-friendly storyline featuring cults and experimenting with Pokemon, as well as an entirely new region where the game’s entire storyline takes place.

With over 50+ hours of gameplay, as well as a multitude of ways to customize your character and your base, as well as multiple secret bases just waiting to be discovered, Pokemon Insurgence is a must-play. 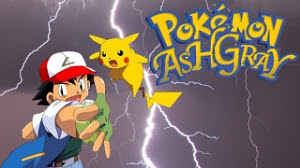 How fun do you think it would be to play a Pokemon game that actually followed the events of the animated series?

That would be awesome, right?

Well, fortunately for you, today is your lucky day, because you’re about to discover Pokemon AshGray, a hacked version of Pokemon FireRed featuring the same plot as the animated series’ first season, among other things.

Playing through Pokemon AshGray is like playing as Ash himself.

Iconic scenes such as the uneasy start of Ash and Pikachu’s partnership, or how Ash managed to get his hands on all three of the starter Pokemon in Bulbasaur, Squirtle, and Charmander, and even Ash’s death and resurrection from Pokemon: The First Movie.

The way that Pokemon AshGray interprets the story of the show is surprisingly accurate. However, make no mistake, it’s not just a faithful recreation that has you playing through the show’s story.

Because, even though it does follow many of the animated series’ main story, you can still play the game as you see fit, so you can still build whatever kind of team it is that you want, among many other things. 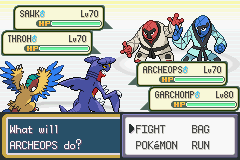 Greatly increasing the difficulty of the typical Pokemon game many times over, Pokemon Dark Rising is a hack based on Pokemon FireRed that forces you to play through a Pokemon game as if your life depended on it.

So difficult is Pokemon Dark Rising that trying to visit the game’s second town alone will take you multiple wipe outs.

Then, once you get past the first few hurdles of the game, you’ll quickly realize just how much more difficult things are going to get.

Just imagine, how the hell are you going to make it through six level 99 legendary Pokemon in your final battle?

How you go about Pokemon Dark Rising is completely up to you. However, if it’s any consolation, you do get access to any one of the series’ first five generations of Pokemon, as well as abilities and movesets from future generations and a much bigger world just waiting to be explored, with more things to be discovered.

As is typical with the darker takes on Pokemon games, Pokemon Dark Rising’s plot and storyline is quite dark.

If you like your games challenging and difficult, Pokemon Dark Rising is worth the try. 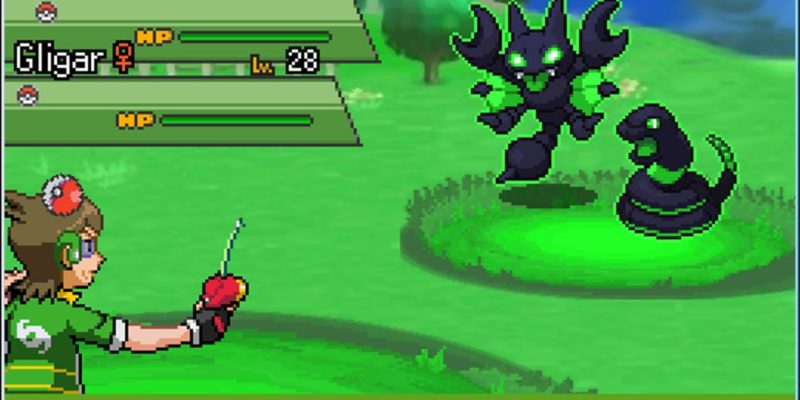 Next on the list of best Pokemon fan-made games is none other than Pokemon Uranium.

A fan-made Pokemon title so nice that even Nintendo was forced to step in to send a cease-and-desist letter to prevent the game from ever being released.

Lucky for us, Pokemon Uranium has since been re-uploaded many times online. It’s even be updated too, so you don’t really need to worry about playing an incomplete game, not that it was ever incomplete when it first released anyway.

Similar to Pokemon Insurgence, the fan-made title, Pokemon Uranium was also built from the ground up.

While it can get tricky to try and get your hands on Pokemon Uranium, getting your hands on the game is worth all of that trouble. 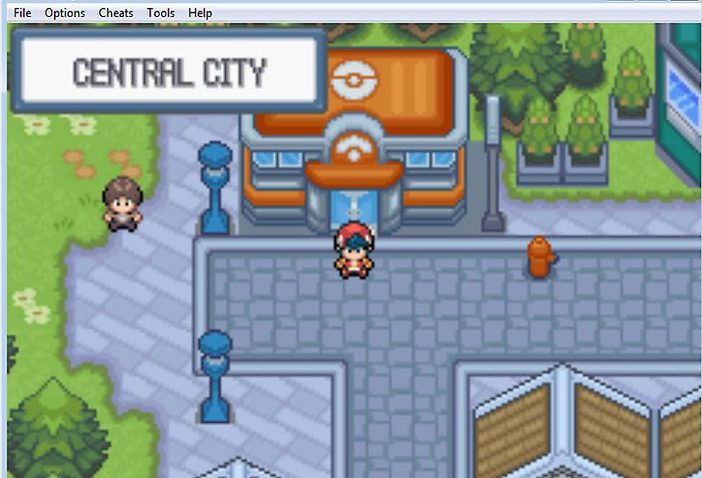 A hack based on 2009’s widely popular Pokemon Ruby title, Pokemon Light Platinum is unique among fan-made Pokemon titles in that it tries to retain the same kind of experience of the typical Pokemon game, only that it takes things up a notch.

Featuring improved graphics, new regions and gyms, as well as more Pokemon to keep fans busy, Pokemon Light Platinum will have players clearing as many as 16 gyms, two leagues, as well as a world championship, making it a unique, but at the same time, familiar alternative to the standard Pokemon experience.

Plus, you get four legendary Pokemons right off the bat, and plenty of action, which is just pure icing on the cake. 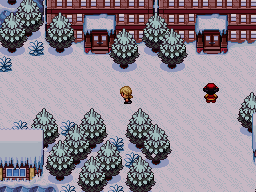 Another non-ROM fan-made Pokemon title, Pokemon Reborn boasts more than 50 hours of gameplay and gives players arguably the largest world in any Pokemon game, fan-made or not, to explore.

As is par for the course in a Pokemon title, you are the hero here. However, the world is far from all sunshine and rainbows. Instead, it’s filled with pollution.

As for the Pokemon? Apparently, something happened that has led to their slow disappearance over the years.

Pokemon Reborn’s story isn’t the only good thing about it though. The mechanical depth of the game is outstanding too.

Case in point, when you’re in the forest, grass attacks become stronger, and so on and so forth.

With nearly a thousand Pokemon for you to collect, train, and battle, as well as 18 gyms for you to conquer, Pokemon Reborn is an entertaining if serious take on the typically child-friendly Pokemon experience that’s sure to be a delight for fans who want something that’s entirely new, challenging, and exciting.

You Have to Play ‘Em All!

The hours these tireless developers spent trying to craft something that’s similar if not better than the core Pokemon titles certainly deserves praise, and one way of showing that is to play their games.

If you’re a huge fan of the Pokemon games, then you owe it to yourself, and to the hardworking developers of these fan-made titles, to try at least just one of the non-official games that we rounded up above.

If not for the developers, then do it for yourself.

Trust us, these top fan-made Pokemon titles are definitely worth your time.