For generations, they have been the scourge of the seas. They plunder ships and ransack cities, leaving dust in their wake. Few ships are safe on waters where their criminal empires were built. Many live on in stories and legends. They are pirates!

Pirates have a unique mark in modern history and fantasy. They have been depicted as freedom-seeking outlaws or wealth-seeking pillagers. Sometimes they can be both at the same time.

Be it a history or a fantasy, pirate games are there aplenty. Unfurl the sails and full speed ahead.

This is a list of 7 of the greatest pirate games of all time. 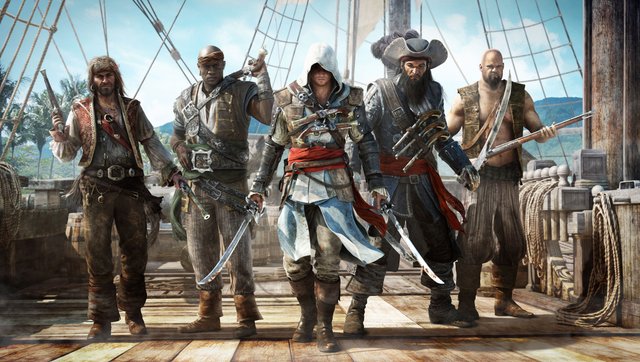 The player steps into the shoes of Edward Kenway, a young Welsh pirate who stumbles into the conflict of Assassins and Templars in his search for greater riches. Edward is captain to the Jackdaw, a Spanish fleet brig he captured.

While Black Flag establishes an identity of its own through its naval aspects, it still maintains the flavor that long-time fans of the franchise will recognize. The setting is in a fictional history with historical figures mixed in.

In their travels, the player may meet such legendary outlaws as Mary Read, Anne Bonny, Charles Vane, Black Bart Roberts, and the infamous Blackbeard. After negative receptions to prior Assassin’s Creed titles, Black Flag was literally a breath of fresh air for the franchise. The naval combat was widely praised by consumers and critics alike. The stealth aspects of the game were improved to be more flexible.

This allowed players to perform more unorthodox solutions for their stealth kills which critics and players also appreciated. Some even treat Black Flag as more of a pirate game than an Assassin’s Creed game. It has received widely positive reviews and several awards and nominations. More importantly, Black Flag is a truly fun and refreshing experience for veterans to the franchise and newcomers alike. 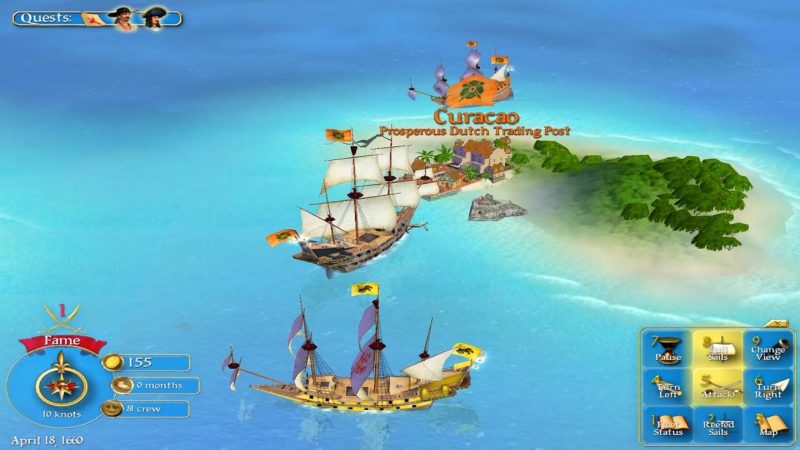 The name Sid Meier will resonate with many players of the strategy game genre and is representative of a kind of quality unique to his work. Sid Meier’s Pirates is no exception. The player starts as a boy whose family was sold off to slavery by Marquis Montalban to pay off a large debt.

The boy plots his revenge against the marquis and sets it to motion ten years after. He joins a crew of a ship and leads a mutiny to become its new captain.

From there, the player is left with an open-ended campaign where fame and fortune are to be earned. Each of the hero’s family members can be rescued through encounters with Marquis Montalban and Baron Raymundo. Each successful encounter with them reveals a section of the world map where a family member is imprisoned.

The open-ended campaign is full of quests and stories to explore while gameplay is built up of various mini-games that draw on the hero’s skills and the player’s abilities. The hero can fight on land and sea, trade in ports, dance with nobles, and much more. The game’s many random factors keep every play-through fresh and unique.

While the graphics may be dated, the gameplay is solid enough to be worth a try.

3. The Legend of Zelda: The Wind Waker

Longtime fans of the Zelda franchise will know the games’ standard plot. The evil Ganon threatens Hyrule while Zelda and Link attempt to stop him. In Wind Waker, Ganon was stopped centuries ago by flooding Hyrule, leaving only the mountains as islands on a wide ocean.

Technically speaking, Wind Waker is only a pirate game in spirit. In the game, Zelda is Tetra, a pirate captain who Link is forced to work with. In the quest to defeat Ganon, Link sails the ocean in his magical talking boat, King of Red Lions. The navigation of the game is done through the combination of the King of Red Lions and the Wind Waker, a magical baton that controls the wind.

This game features a cel-shaded art style that received good reviews from critics and divided responses from players. While Link is still a hero and would never resort to plundering and pillaging as most pirates do, The Legend of Zelda: The Wind Waker has enough charm to give players enough excitement from a life at sea.

Escape from Monkey Island is an adventure game in the spirit of the point-and-click adventure games of decades past. The main character is Guybrush Threepwood, a pirate who returns home with his wife Elaine Marley after their honeymoon.

Elaine was the governor of Tri-Island Area until she was mistakenly declared dead while she was away. A person named Charles is now running for the position of Governor while Guybrush attempts to fix their list of problems in his own hilarious way. 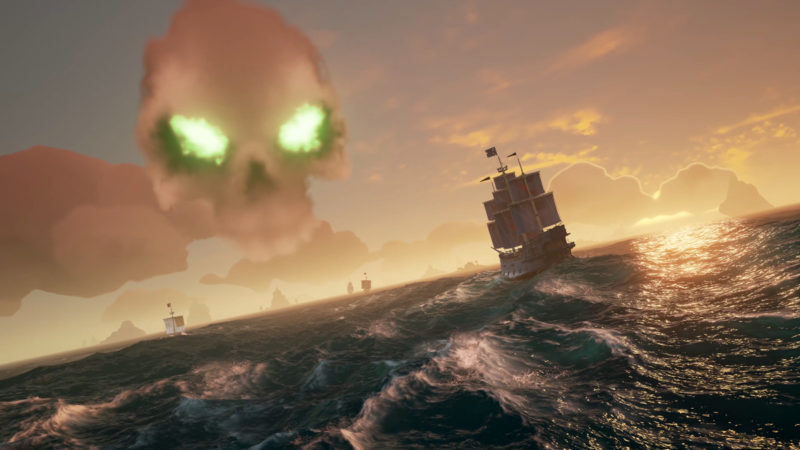 Sea of Thieves may be the ultimate pirate fantasy game. The game lets players be pirates in solo or in a crew of up to four players featuring cross-platform play between Xbox 1 and PC. Sea of Thieves features a massive open world filled with various quests and loot.

Players take on various tasks on a pirate ship such as navigation, steering, hoisting sails, and firing cannons. The open world is also a shared world, this means that players may encounter other groups of players and cooperate with each other or engage in ship or land-based combat.

Sea of Thieves captures the adventure of pirate life and the uncertainty that comes along with it. In one moment, a group can be rich after a series of quests and plunders. In the next, their ship may sink in a wreck along with all their treasure. Manning the ship can be very complex.

Players need to be constantly vigilant of threats while the navigation, sails, and steering all have to be well coordinated to get the ship sailing quickly. Sea of Thieves is a very rewarding experience for solo play or with a group of friends who would want to feel a piece of the pirate experience.

6. LEGO Pirates of the Caribbean

These films are portrayed in a slapstick sort of way with various familiar player characters that can solve puzzles in their own unique ways. The silliness of the game jives together with Jack Sparrow’s attitude and behavior. At one point, Jack rides goats in Davy Jones’ Locker. It just seems like the Jack Sparrow thing to do.

All LEGO games are done with no dialogue. The characters use motions and acting to convey what is going on together with the soundtrack of the films. The combination adds to the game’s comedic factor, adding some much needed light-hearted charm to the films’ slower scenes.

LEGO Pirates of the Caribbean is a fresh way to experience the films again and to play as Jack Sparrow and his friends, which boils down to a funnier pirate experience. 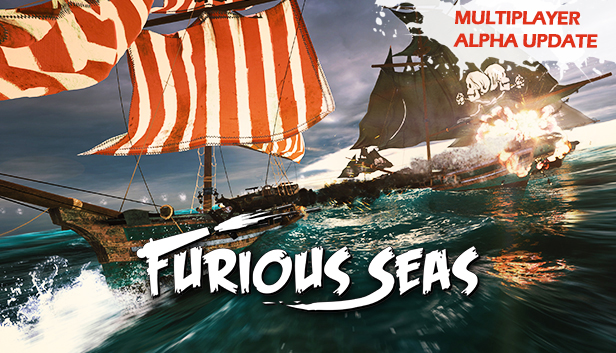 Furious Seas is a VR pirate game. Even though it is still in Early Access, the graphics and the features are already great. The Vibe or the Oculus headset is an excellent way to truly enter the seas as a pirate captain.

Being an Early Access game, it can drastically improve over time. However, its current state is great and a lot of effort is being poured into the game. The developers went out of their way to reduce motion sickness and are already working on online multiplayer and open world exploration.

The path of the pirate is a path lined with blood and glory. It has inspired films, books, and video games. The mystique of the Caribbean and the emerald sea together with the golden treasures hidden within is enough to inspire many to a life of piracy.

While it is illegal to be a pirate nowadays and very few will be actually successful in being real-life pirates, pirate fantasies can still be lived out thanks to the video games listed here and the many more games in the past and the future.