The second Medal map in the remake of Tony Hawk’s Pro Skater 2 is Skatestreet.

The aim of the Park is to win at least a Medal and you have to compete in three Heats. The average of your two top runs will be the final score.

You will also need to unlock the secret areas to get the Vicarious Visions (V) symbol and stat points.

Here are some tips and guide on Skatestreet in THPS 1 + 2. 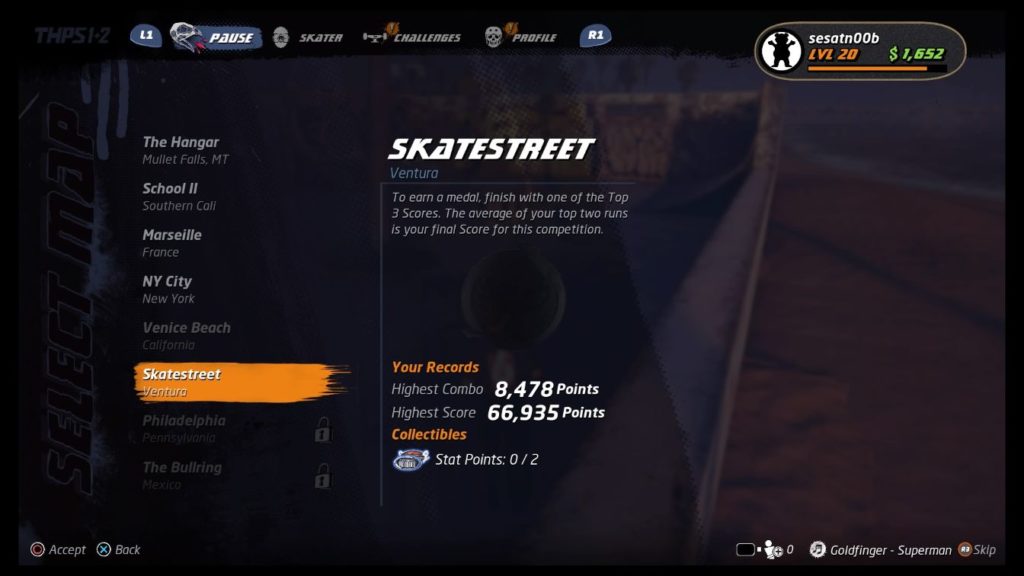 How to unlock the secret areas

The first secret area requires you to grind on the elevated rails (Rail Secret Area Key). 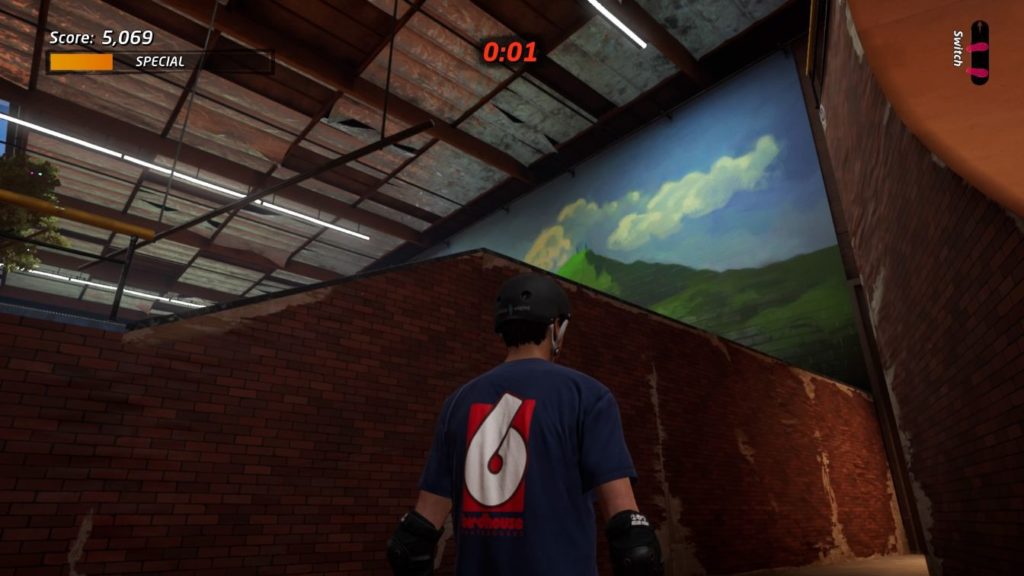 To begin, look for this huge half pipe and go above it. From there, you will be able to jump and grind on the rails. 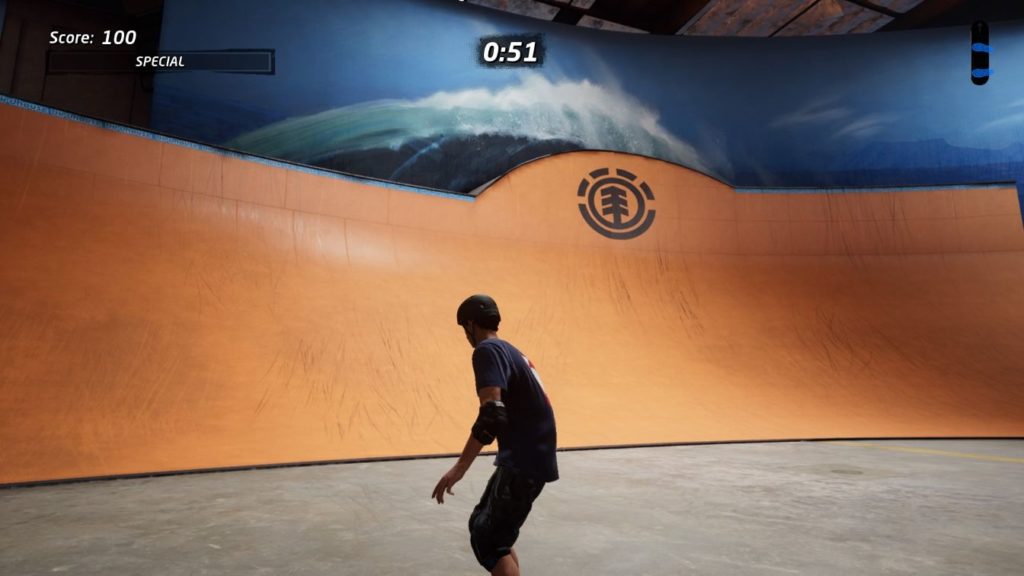 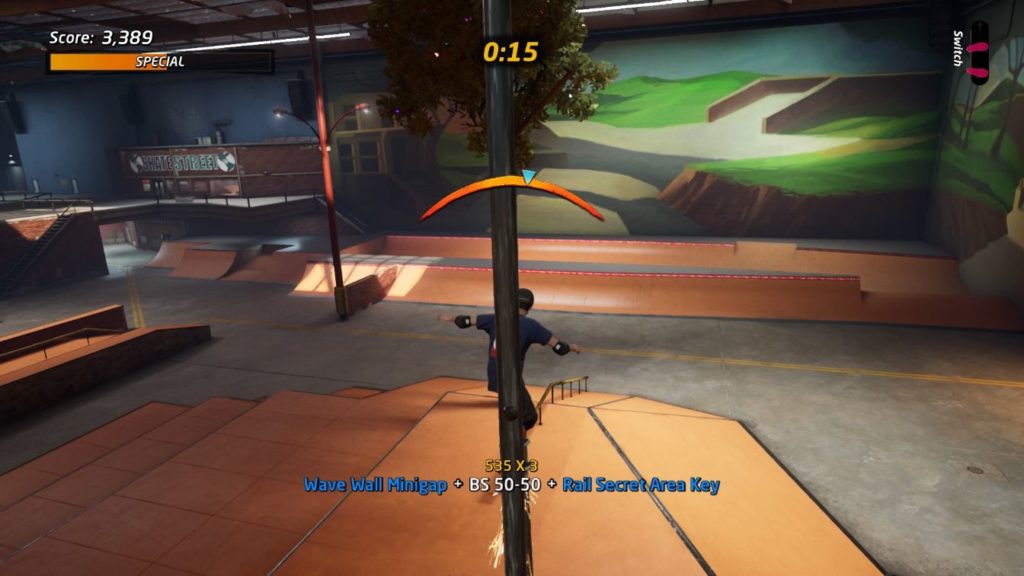 Two doors will open once you finish grinding the rail. 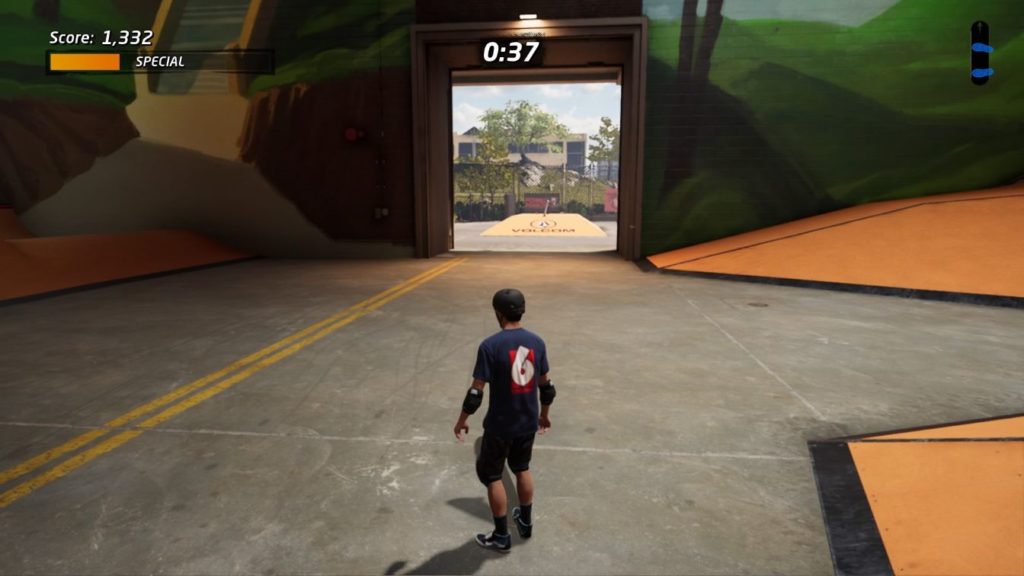 For the second area, you need to grind on the rails shown in the image below. 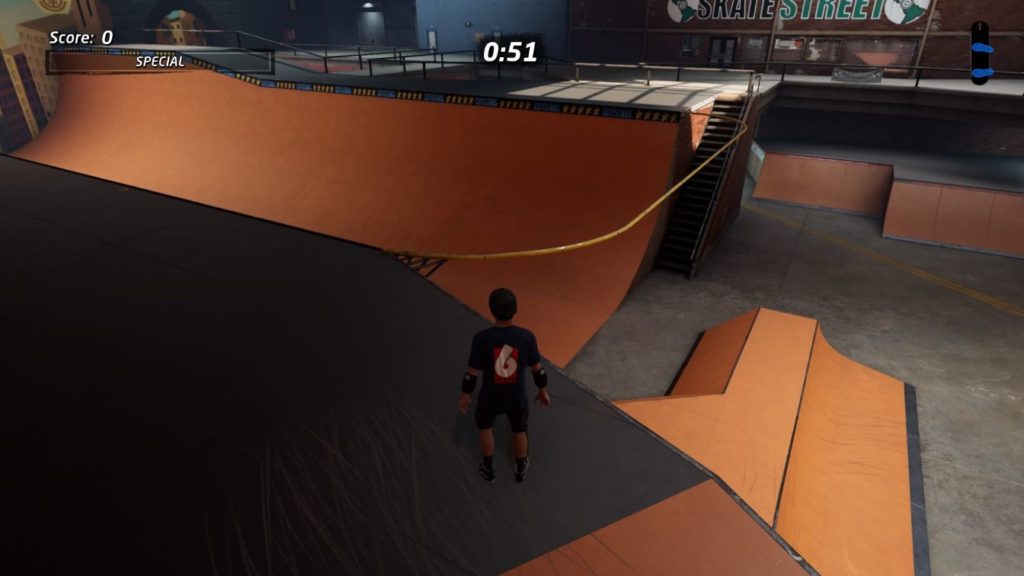 You will unlock the secret area near the ‘traffic light’. 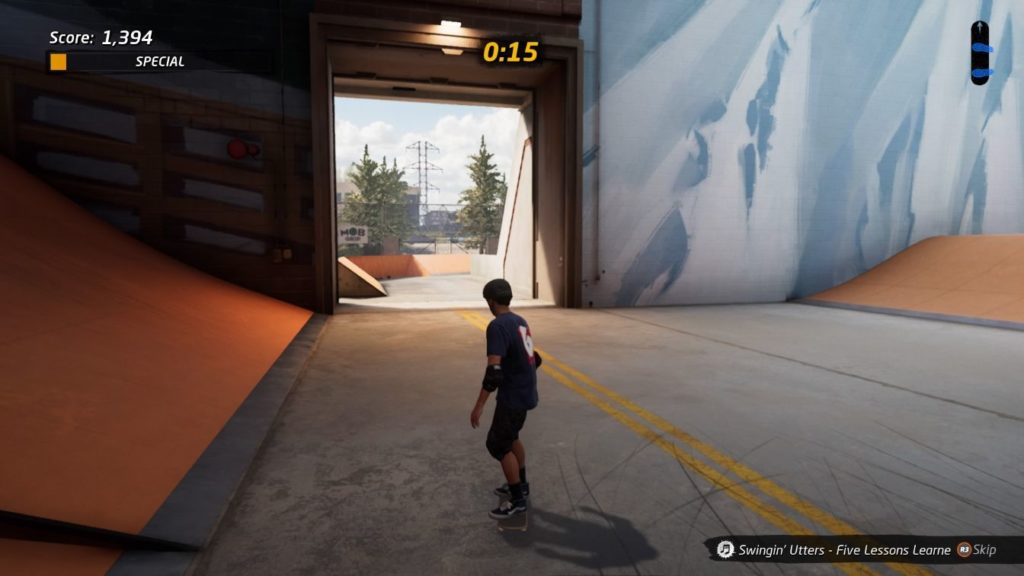 How to get the stat points

For stat points, the location may be different between players (perhaps influenced by whether you chose vert or street).

There are two stat points in total. One is located near the tree painting on the wall. Use the half pipe to get it. 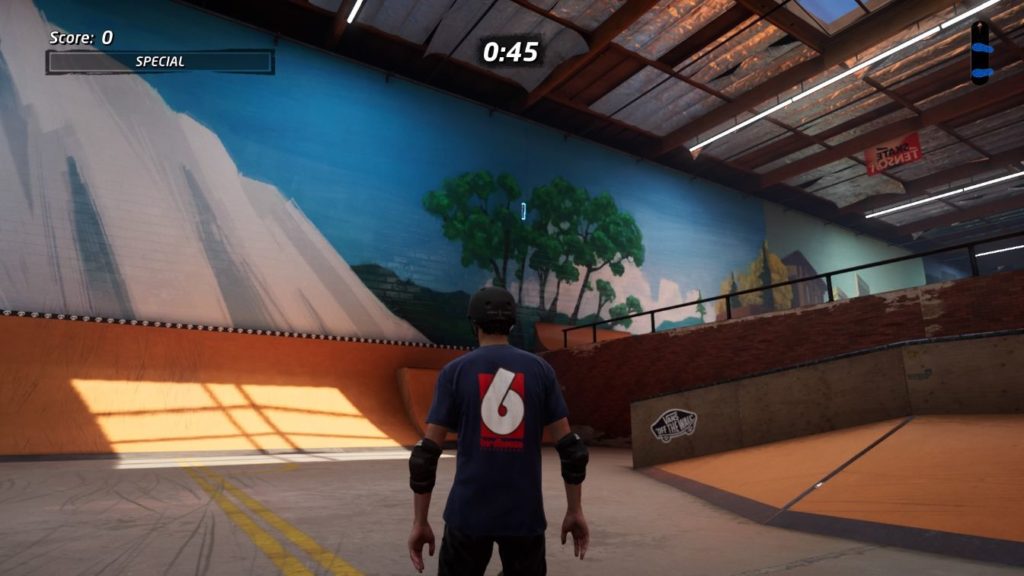 The second stat point is in the first secret area. Do a Transfer between the half pipes to get it. 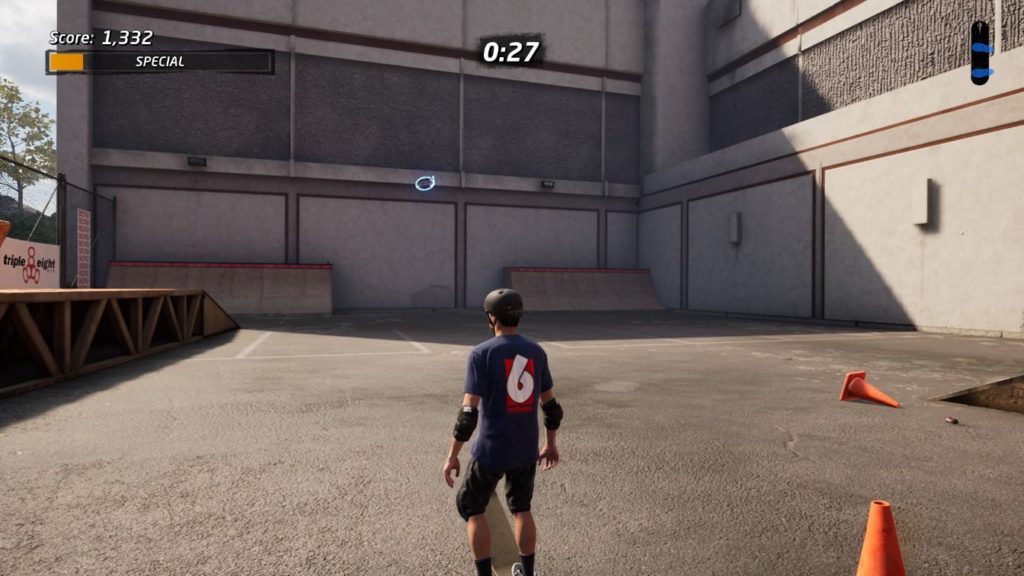 To get the V symbol, you need to unlock the second secret area. It’s above the half pipe at the corner. 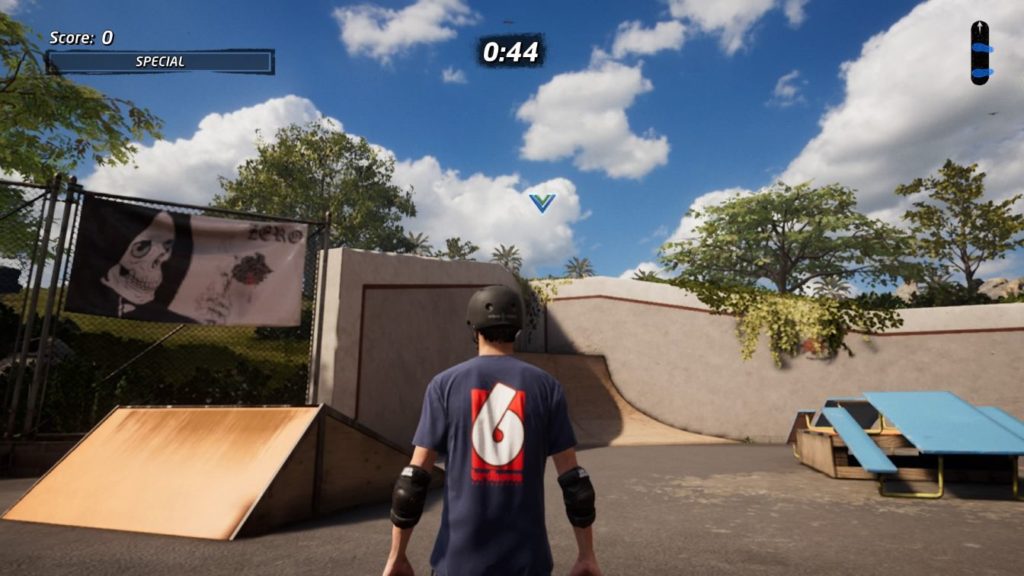