Buying a home, getting married, and adopting your own child are all part of the quintessential Skyrim experience, perhaps much more so than completing the quests and side-quests of the actual game itself.

But, with so many houses to choose from, making a decision won’t come easy.

While it is certainly possible to buy multiple houses – there’s literally no limit to how many homes you can own in Skyrim – maintenance and keeping each house stocked can be quite the chore.

Not to mention, going through all of the hassle of actually being able to buy the house, which often involves completing a number of quests, will take up a lot of your time.

With that said, we took the liberty of ranking all of the houses in Skyrim. Here are some of the best Skyrim houses you can buy.

Of course, before we talk about which houses are the best, you’re probably wondering why owning a house is worth the trouble in the first place.

Well, for most players, it is.

The biggest advantage of owning a house in Skyrim is the “well-rested” bonus of being able to rest and sleep somewhere safe and comfortable. Plus, if you want to leave your follower and not want to have to look for him or her again, you can leave them in your house and come back later. The same goes for your spouse as well.

Another reason to own a house in Skyrim is because you can use them store all of their loot.

God knows how tired Lydia is from carrying all of your burdens, so the least you can do is to get a place where you can stash everything and not have to worry about the containers resetting anytime soon.

Lastly, certain houses in Skyrim can be upgraded to have Alchemy Labs and Arcane Enchanters, among others.

The Best Houses in Skyrim 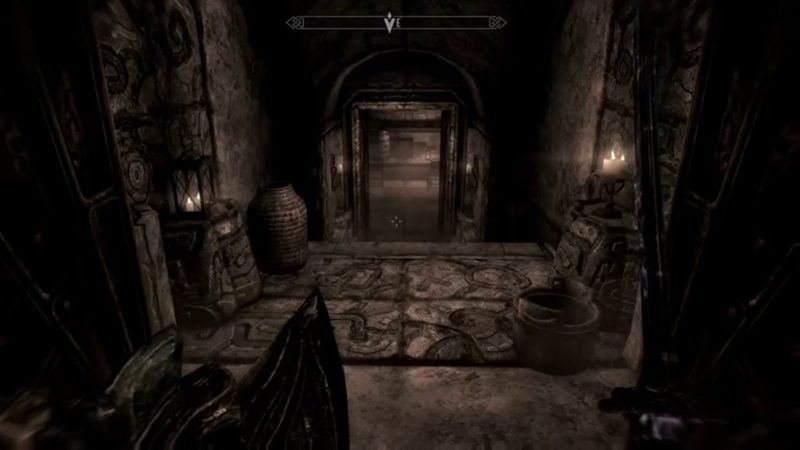 If it’s your first time playing Skyrim, then you absolutely have to take advantage of this abandoned house located over at Markath.

The place has everything you need in a home. This includes food, clothes, weapons, a bed, as well as tons of storage options for you to stock with the spoils of your travels. But, that’s not even the best part.

What makes this abandoned house in Markath so attractive is that it comes for free.

Unfortunately, you can’t technically own this house. It’ll be there waiting for you if you need a cheap respite from your travels, especially early on. However, you won’t be able to bring your followers and spouses to live here. 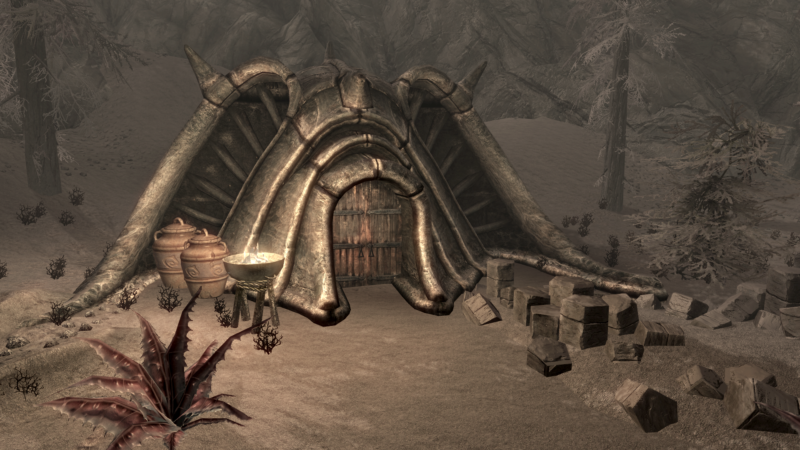 Depending on who you ask, the Severin Manor over at Solstheim is either the best or worst house you can own in Skyrim.

There’s certainly a good argument that can be made for both.

On the other hand, it’s in Solstheim, which isn’t really the most ideal place to live in Skyrim. Plus, you can’t really assign spouses, children, or even a housecarl to live there.

If nothing else, the Severin Manor in Solstheim should serve as a nice upgrade if you’re coming from the Abandoned House in Markath. 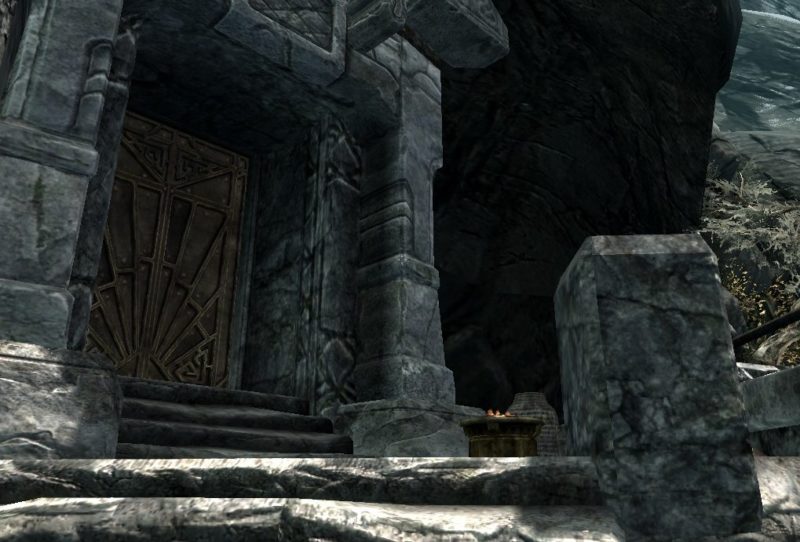 Once you’ve killed the Forsworn Leader and found Hrolfdir’s Shield, the Vlindrel Hall in Markath will be up for sale for a relatively cheap price of 8,000 gold.

For that, you get a decently-sized house with little furnishings (nor clutter), close proximity to merchants, a lot of storage, as well as its very own Arcane Enchanter and Alchemy Lab.

The Vlindrel Hall is the very definition of a steal deal as far as real estate goes.

Or, at least, it should be, if not for all of the stairs that Markath architecture is known for.

The trip to Vlindrel Hall in Markath will get too old too quickly, making a trip there more of a chore than a vacation.

If you really need the house and don’t have a lot of gold on you, the Vlindrel Hall in Markath isn’t half-bad. If you can save up more money though, you might want to do yourself, as well as your future spouse and children, a favour and go someplace that’s more spacious and located somewhere that’s more convenient. 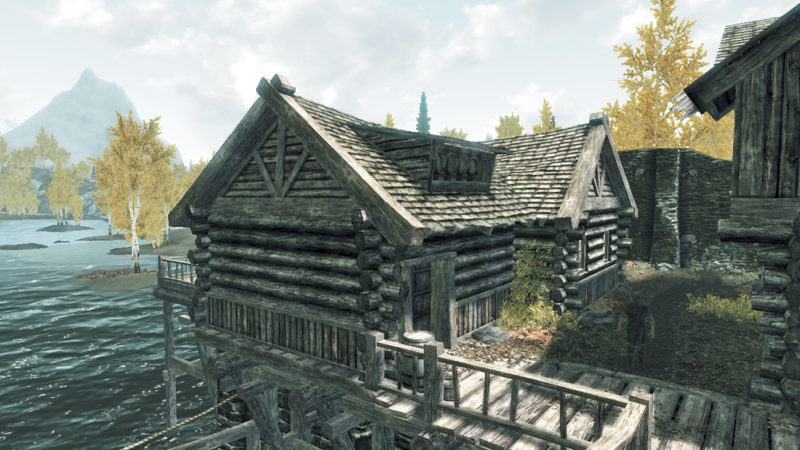 The Honeyside in Riften is one of the earliest houses that you can get in Skyrim. It’s also fairly cheap as well.

Because becoming the Thane of Riften is pretty much part of the earlier goings of Skyrim, gaining access to the Honeyside shouldn’t take too long, which helps bump it up on our list.

We also love how it’s conveniently located right near Riften’s walls, which is great if you’re a vampire.

Conveniently located, cheap, and accessible, with multiple storage options, and open for a potential Arcane Enchanter upgrade, the Honeyside in Riften is one of the best places in Skyrim to settle down. 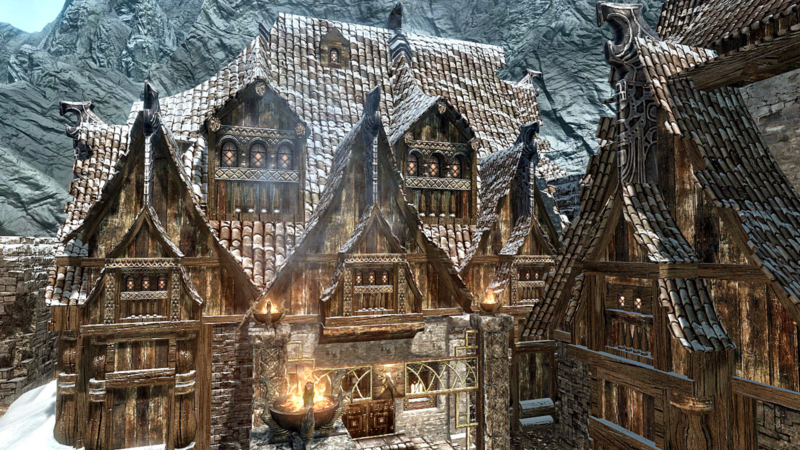 If you like your house haunted and with a bloody past, the Hjerim in Windhelm is perfect for you.

Although the Hjerim isn’t technically haunted, the house has indeed seen its fair share of bloodshed. It’s definitely a wasted opportunity that Bethesda didn’t make the house seem like it’s being haunted.

The Hjerim, which costs 12,000 gold to buy and 9,000 gold to upgrade, has pretty much everything you need in a house. It’s got a great location, decent size, as well as the largest armory in the game for you to display your most prized possessions.

The house is also pretty close to other areas you might frequent, including smithing and smelter.

The only reason why we bumped the Hjerim this low is because it doesn’t feel as grandiose and you’ll need to complete the entire “Civil War” quest line (or “Rescue from Fort Neugrad” if you sided with the Stormcloaks) first to gain access to it.

Finally, a house befitting that of the Dragonborn.

The Proudspire Manor in Solitude is the largest house available in Skyrim. It’s also the most expensive, costing you 25,000 gold to buy and 11,000 to upgrade.

For the money, you get a grand mansion with good lighting, as well as its very own Alchemy Laboratory and Arcane Enchanter. Paired with the fact that Solitude has some of the best selections of merchants in Skyrim, and you’ve got yourself quite the not-so-humble abode.

The only reason why we ranked the Proudspire Manor second is because of its price.

There’s no way you’ll be able to afford 25,000 gold to buy the game early on unless you do some serious gold farming. 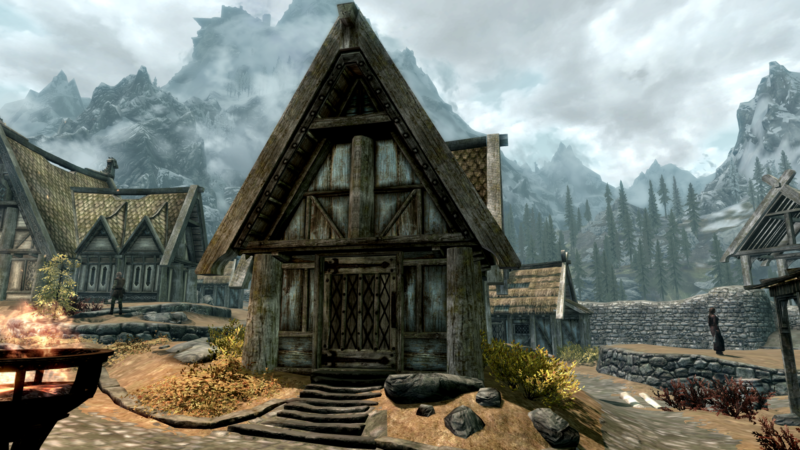 Whereas Proudspire Manor feels like a mansion and the Hjerim isn’t too shabby, nothing really beats the plain and simple Breezehome.

Available for a meager 5,000 gold (with an upgrade cost of 1,800 gold), the Breezehome is also available fairly early. You just need to complete the “Bleak Falls Barrow” quest, and you’re good to purchase this simple yet homey dwelling.

Are There Other Houses Available in Skyrim?

If the houses of Skyrim aren’t good enough for you, then we’ve got good news!

If you have the Hearthfire DLC, which is included if you have the Legendary Edition of the game, then you can buy any one of the three plots scattered across multiple holds in the game and build whatever kind of house you wish on them.

Unlike the other houses in Skyrim, you’re only limited by your budget and imagination here.

Think of it like playing Minecraft, but only with dragons and stuff.

The three plots of land available are the Heljarchen Hold at The Pale Hold, the Lakeview Manor at the Falkreath Hold, and the Windstad Manor at the Hjaalmarch Hold.

You can also “own” other houses in Skyrim, or at least, move into the houses of your spouses once you get married.

There are a total of 8 different houses in Skyrim that can be “obtained” this way, all of which have their unique advantages and disadvantages. But, of course, since you’re going to be technically moving in with your spouse, it doesn’t really feel nearly as empowering as having your own house to yourself.

Remember, you are the dragonborn.

The least you deserve is to have your own home.

Which house in Skyrim is the best?

We ranked Breezhome as the best house in Skyrim for us, but feel free to disagree.

The thing is, there’s enough houses in Skyrim to cater to all sorts of tastes, preferences, and needs. Besides, if you don’t like the houses that Skyrim has to offer, you can always build one yourself!

All in all, what’s important is that you buy or build a house that can fit whoever you plan on spending the rest of your days with, whether it’s just your housecarl, or if that includes your spouse and a couple of kids.

You definitely don’t want to be feeling cramped in an open-world game like Skyrim.

Best Maces In Skyrim And How To Find Them