Black nucleus and gold nucleus are the items you need for the weapon banners in Tower of Fantasy.

They are extremely sought after as weapon banners also allow you to obtain new Simulcra (characters).

It’s basically the gacha aspect of the game and most players will want to accumulate as many as they can.

Here’s how you can get more black nucleus and gold nucleus in Tower of Fantasy. 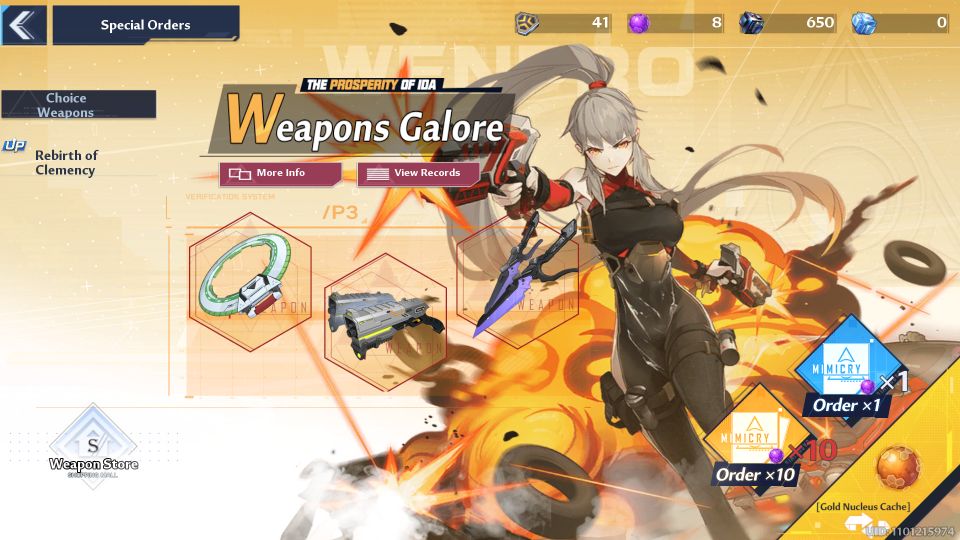 The most obvious way to get black nucleus and gold nucleus in the game is by spending real money. This is the same for all gacha games such as Genshin Impact where you spend money to get all of the characters.

It’s the pay-to-win option for those who can afford to spend a lot of money in a game. 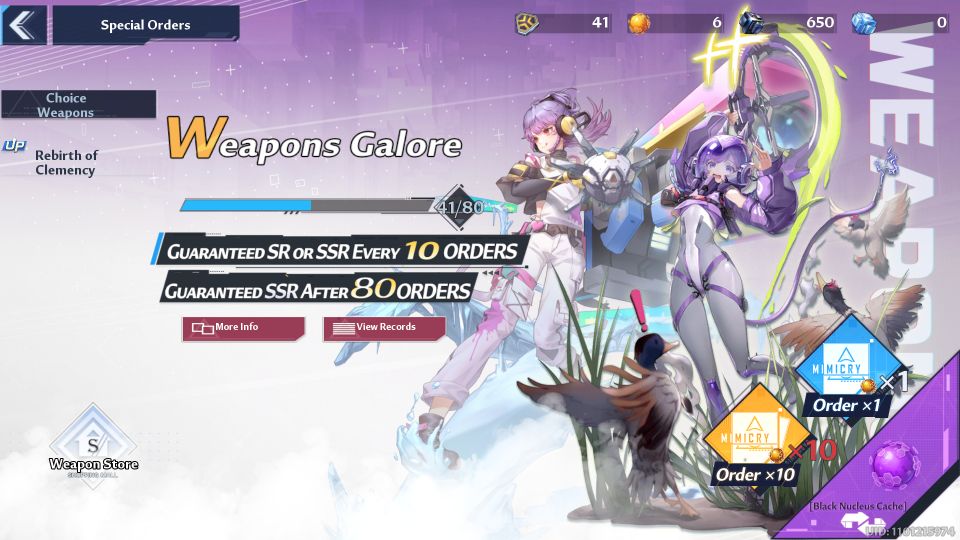 For free-to-play options, you have plenty below.

Dandelions will be apparent to you early in the game in Astra. You may have seen a number of dandelions in various areas. 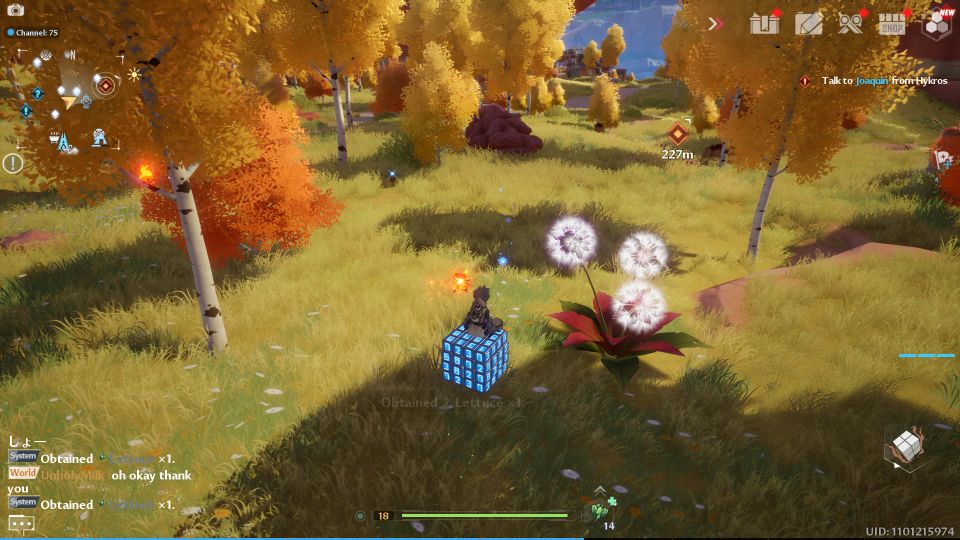 Dandelions normally appear in a bundle of 3. One of the dandelions may have a black nucleus inside it.

Attack the dandelions and they will split up and hover in air.

Jump up and attack the one with the black nucleus inside and grab it.

Supply pods are everywhere and they’re also indicated on the map. They can be opened as it is without the need of any tools. 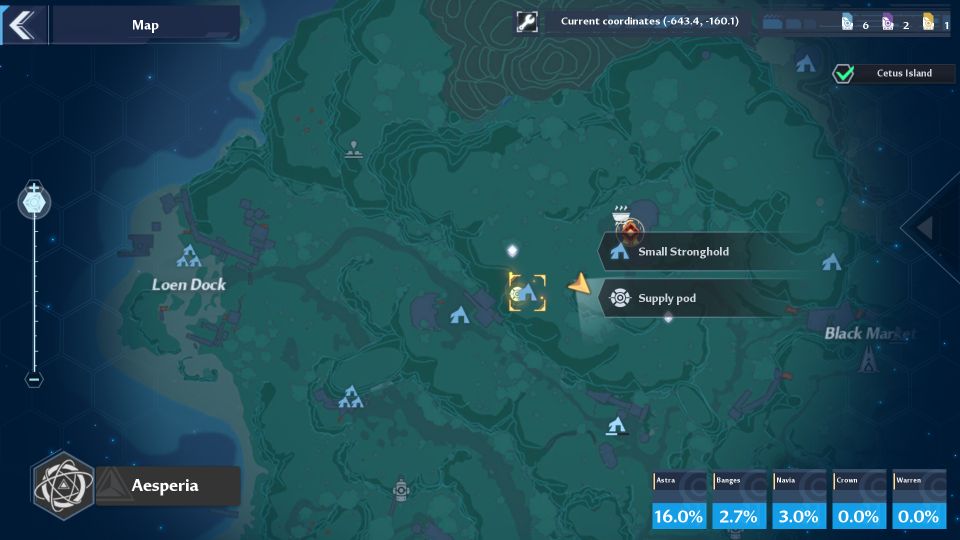 Do note that some supply pods are time-gated. 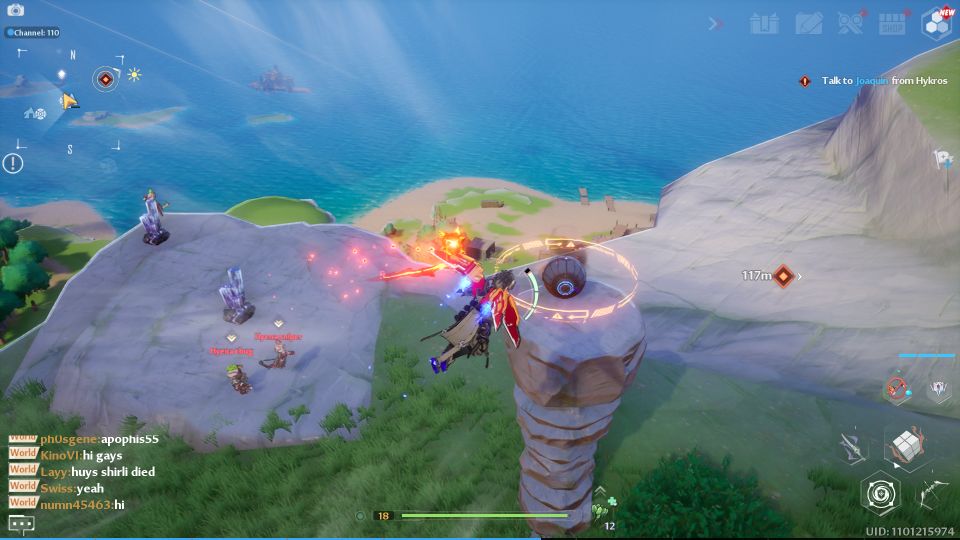 Thronevine is a type of supply pod that is blocked by big vines.

To destroy the vines, use a fire attack. You can also look for a fire core to throw. You should get a black nucleus inside the supply pod. 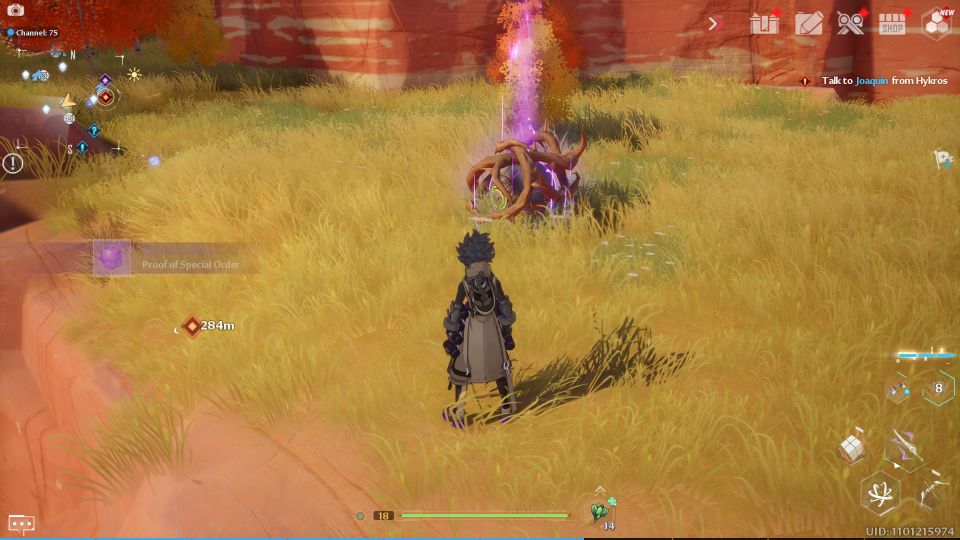 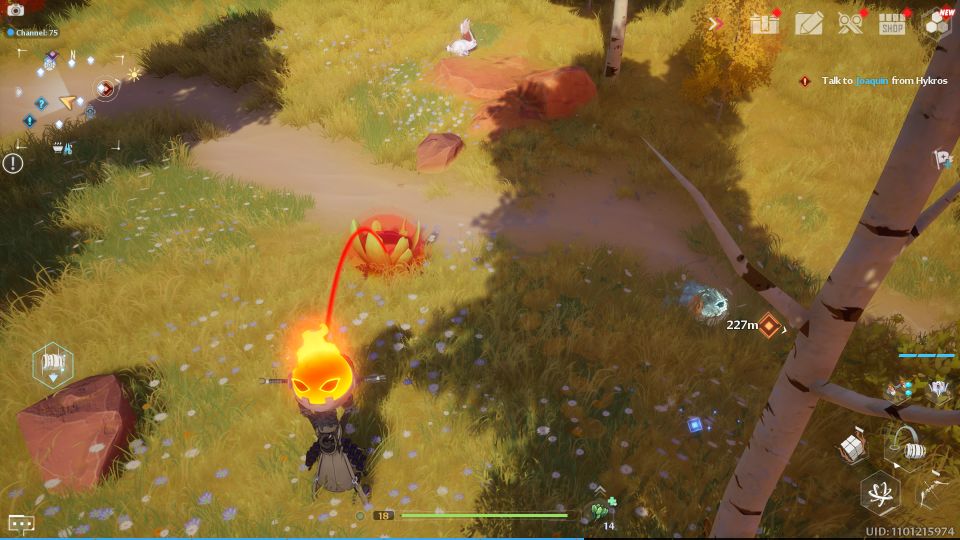 Kerosenia is a type of plant that looks like it holds kerosene.

Throw a fire core onto it to get the black nucleus.

At the moment, you should be able to find a number of Type 1 password chests in the game. They are the ones that have the option of forced decipher or perfect decipher.

Use perfect decipher if you wish to gain more resources but of course you need the Type 1 chip to do so. I’m not sure if they give out nucleus but it’s worth a try. 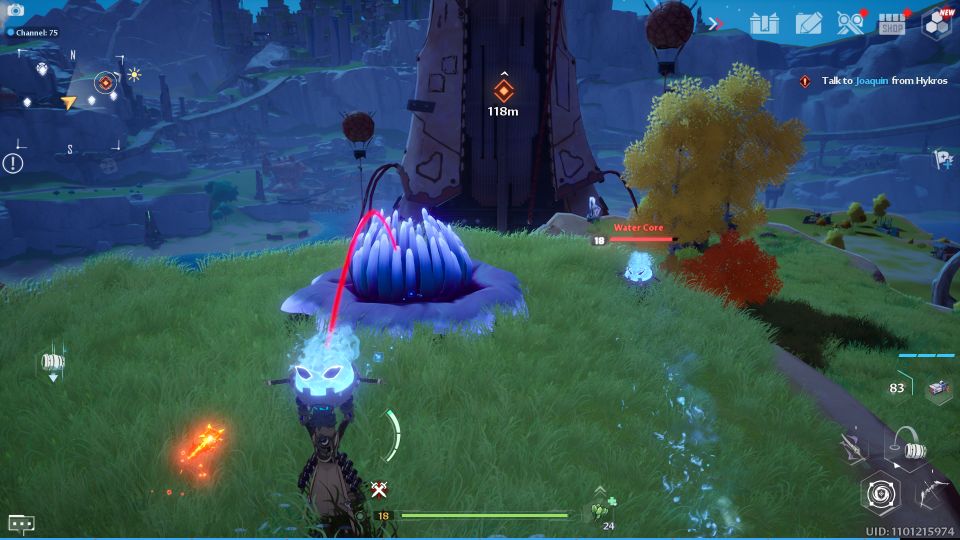 This blue plant is quite obvious when you see it. Nearby, you may see a water core.

The plant will then spit out a nucleus.

For tar pit, you can melt them using a fire core.

Throw onto it and the black nucleus is inside. 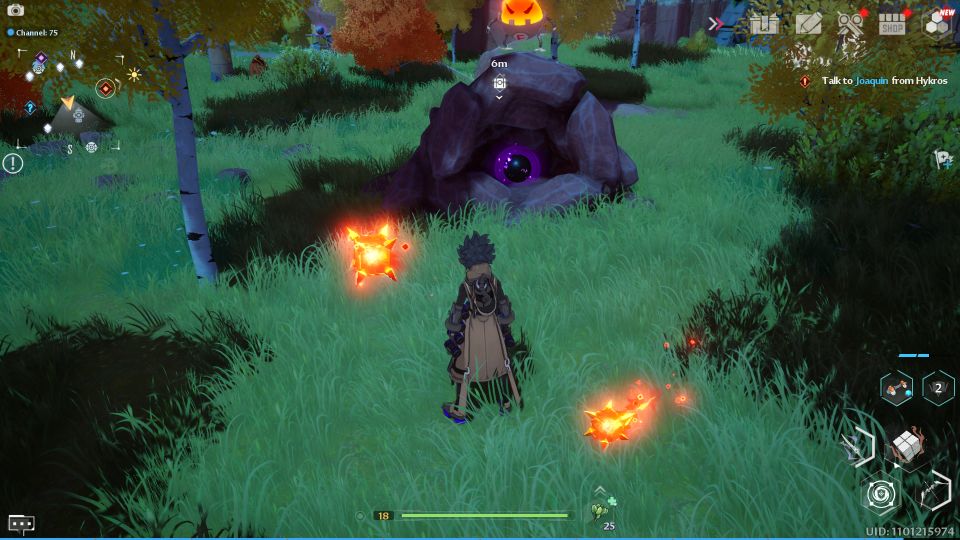 For the omnium pillar, you first need to unlock it in one of the early ruins in the game.

You will then have to place the pillar on the circular activation button.

A gold nucleus should then appear.

There’s also a musical note puzzle in Astra. You just have to jump onto the buttons that are lighted up.

Once you’re done, a chest will spawn and you will get a gold nucleus inside.

A singularity rock is the one you see in the image below.

To push down the rock, you need to use a relic called strange box. You can get the strange box relic from the beginner ruins in Astra. 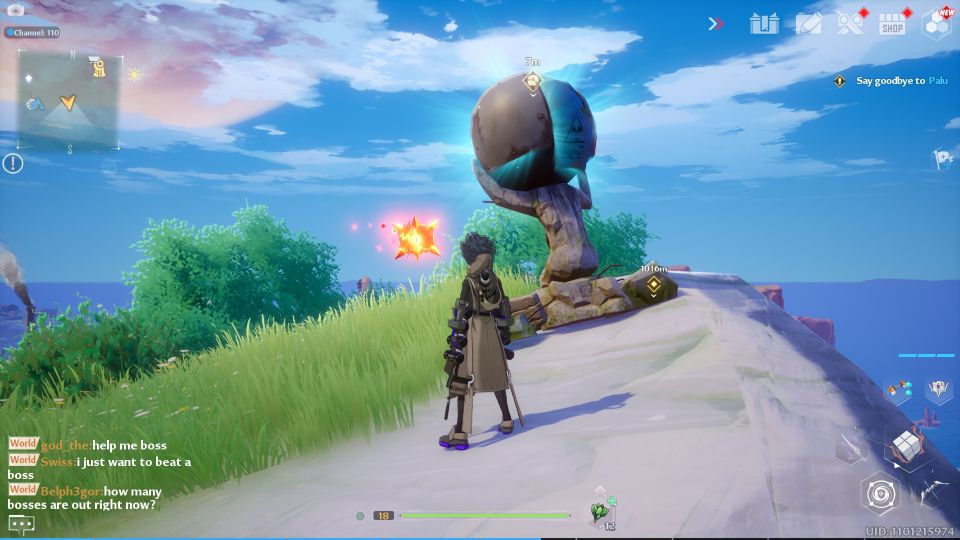 For a force induction plate, you just need to plunge attack on the circular activation button beside the pillar thingy.

You’ll then be able to loot it. 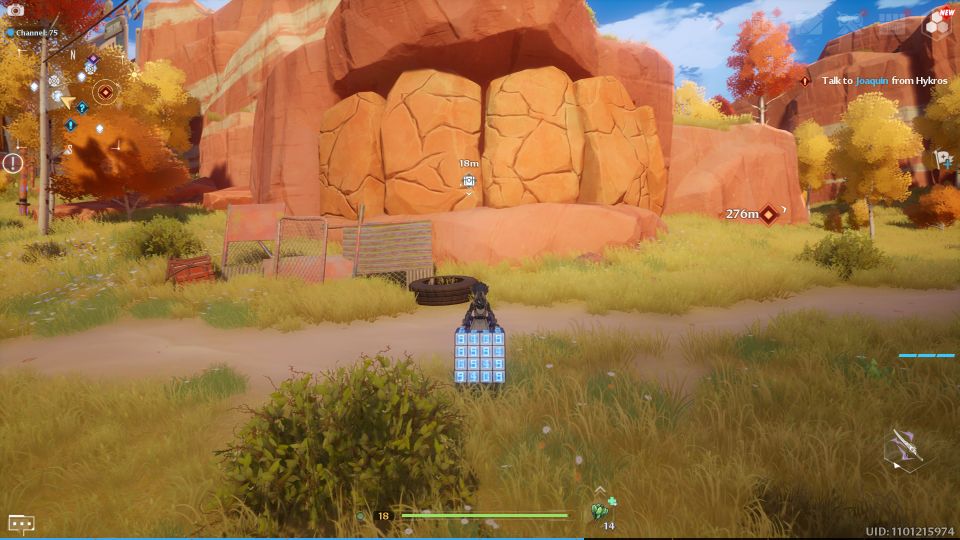 Some of the areas may have stone walls that have cracks in them. It should look obvious.

Break the wall and you should find a nucleus inside.

To break a stone wall, you need the relic called Missile Barrage. This relic is obtained from one of the beginner ruins in Astra.

You should find a supply pod inside. 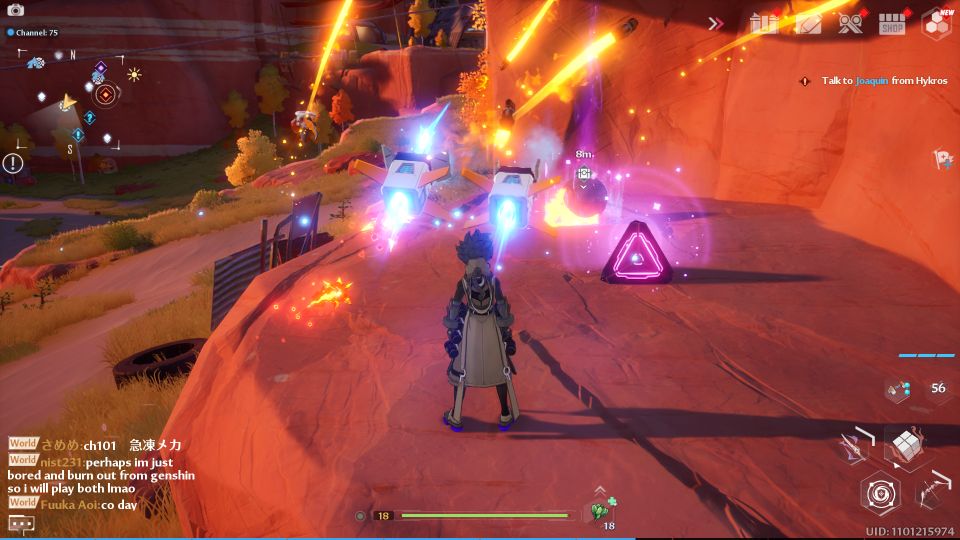 There are also certain stones or rocks in the game that can be broken.

They should be glowing and you can just break it with attacks. Inside, you may find a supply pod and get a nucleus inside it.

The lava pit looks like a rock that is stuck to the wall of a hill. Inside the rock, you will see lava inside it.

Use an ice attack to destroy it and get the nucleus. 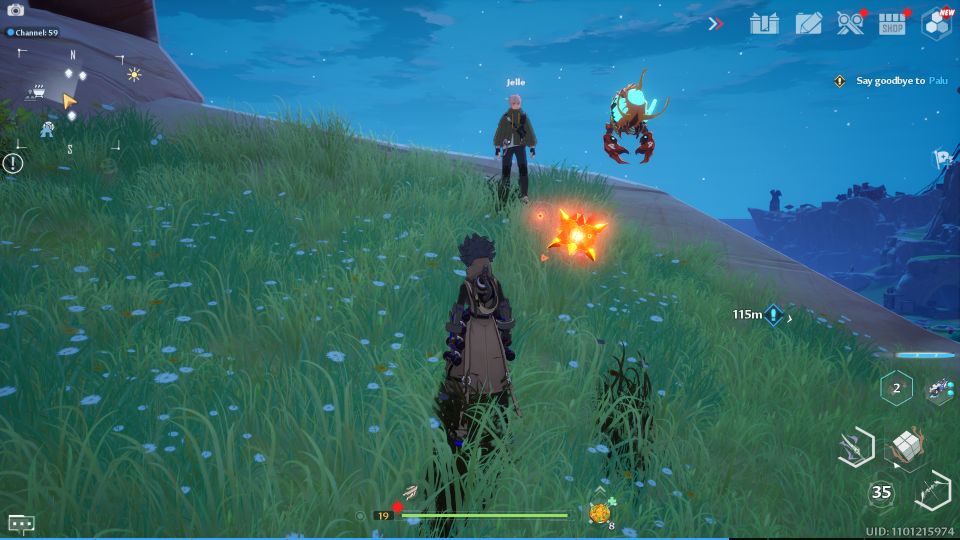 There are also guide robots in Astra that are hovering around with claws as hands.

Follow it and it’ll bring you to situations you can resolve. For e.g. you can help a NPC and the NPC will reward you with the nucleus.

In Banges, you should be able to find a telescope. You will be asked to connect the dots following the actual constellation. If unsure, you can just use a search engine to find it.

After finishing it, you will get a nucleus as part of the rewards.

You will also be able to get black nucleus and gold nucleus from various rewards including story progression, daily bounties, the Wanderer’s Log, exploration rewards and so on. 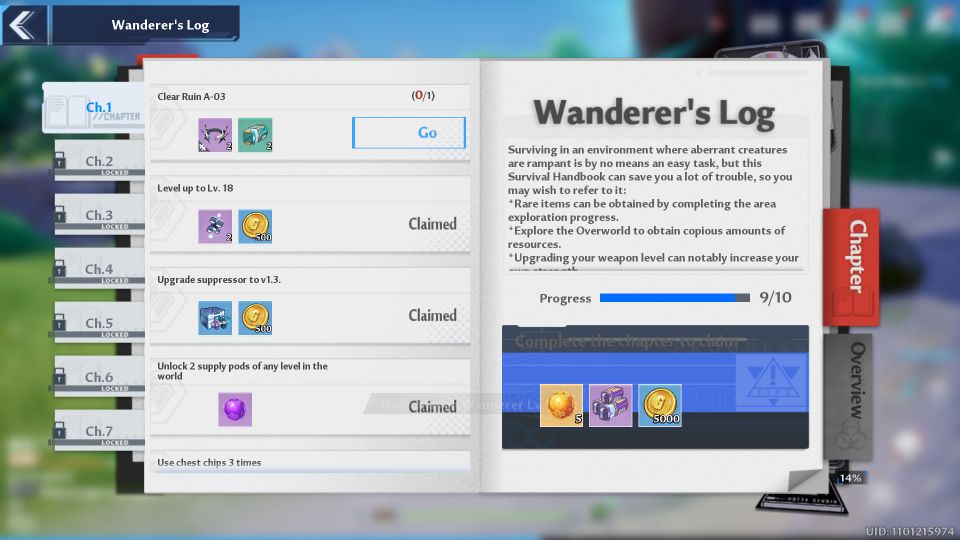 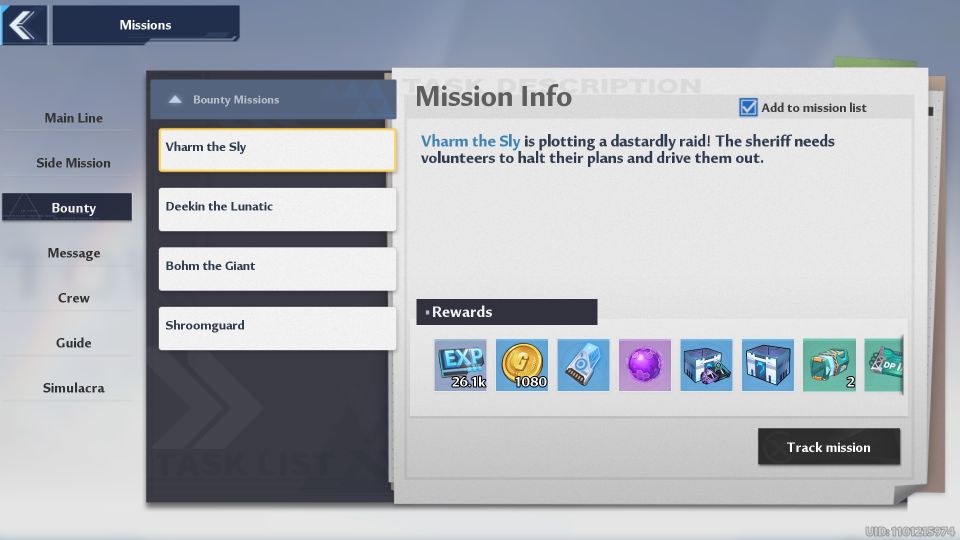 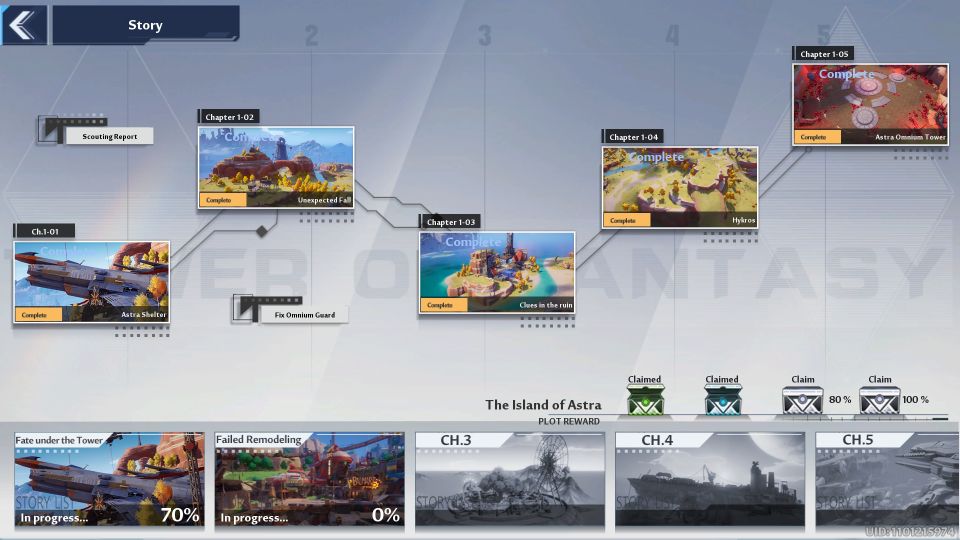 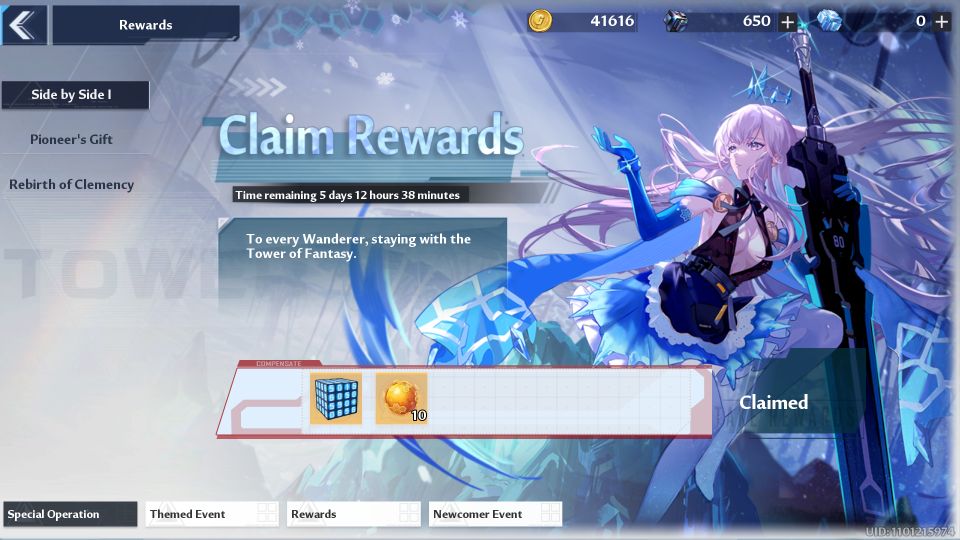 19. Use dark crystal as an alternative

You can also use dark crystals that you bought with real money or earned from various rewards and exchange them for gold nucleus. Red nucleus is also available and is used for another weapon banner. 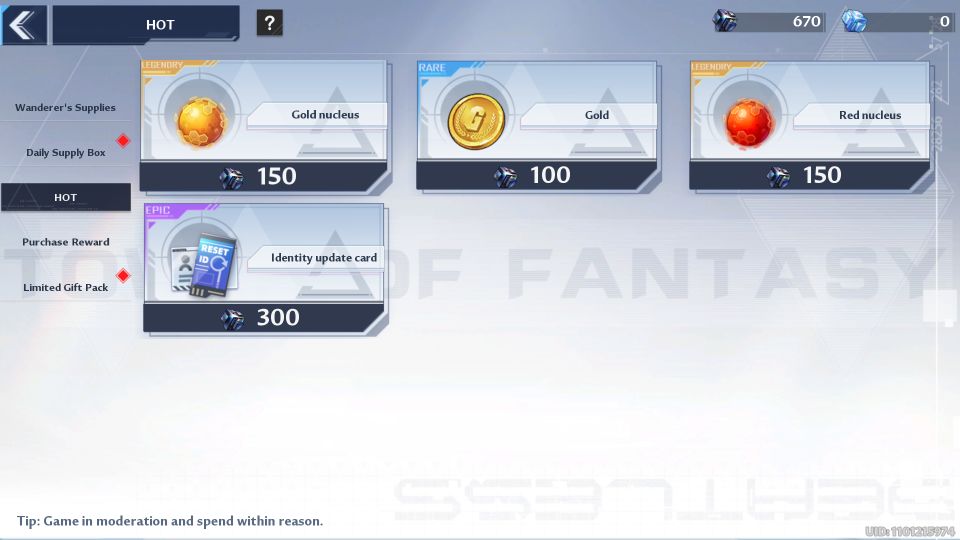 Tower Of Fantasy: How Does Cooking And Creation Work

Tower Of Fantasy: How To Fast Travel In The Game