One of the last parks in Tony Hawk’s Pro Skater 2 remake is Philadelphia which was present in the old game.

Here, you need to complete Goals which includes finding the Secret Tape, draining the fountain, Bluntside the awning and so on.

You can also look for the Vicarious Visions (V) collectible and the stat points.

Here are some tips and guide on Philadelphia in THPS 1 + 2.

Below are the main Goals to complete for the Philadelphia map.

Read also: How to perform all Gaps in Philadelphia

How to find all Bells

There are five Bells in total. The first one is right at the spawn point. Use the ramp to reach it. 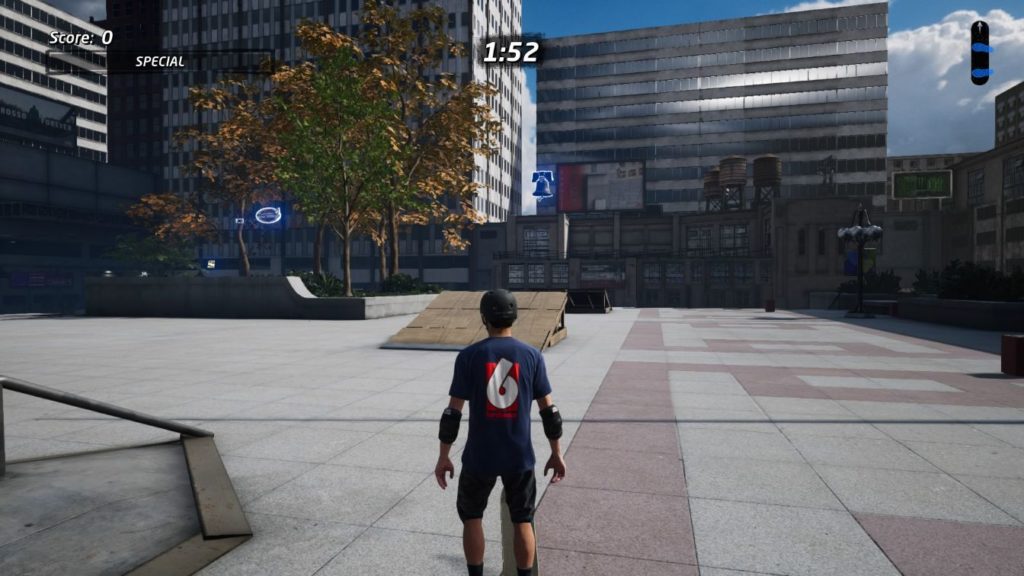 After getting the first one, you will see another Bell on your left. 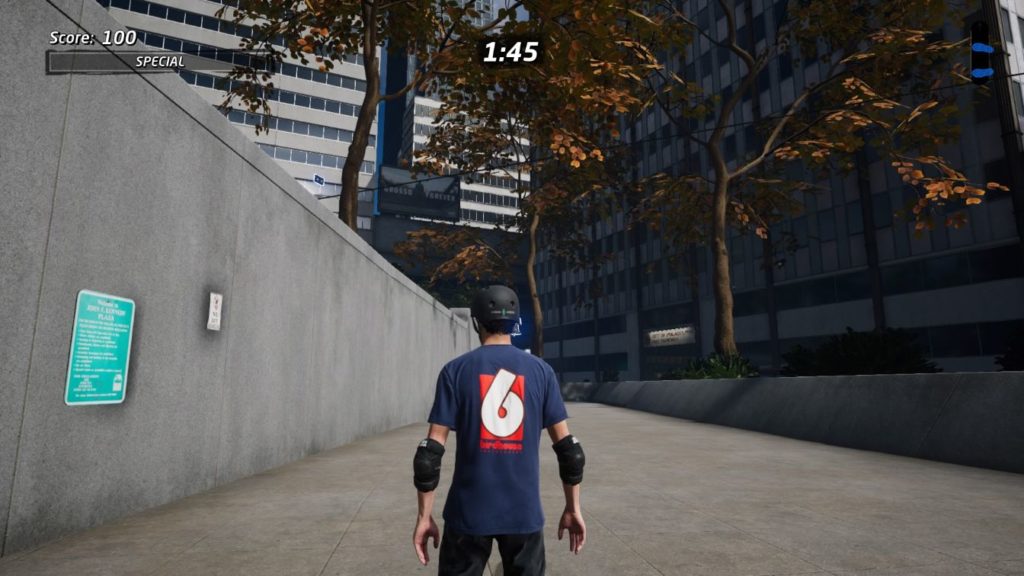 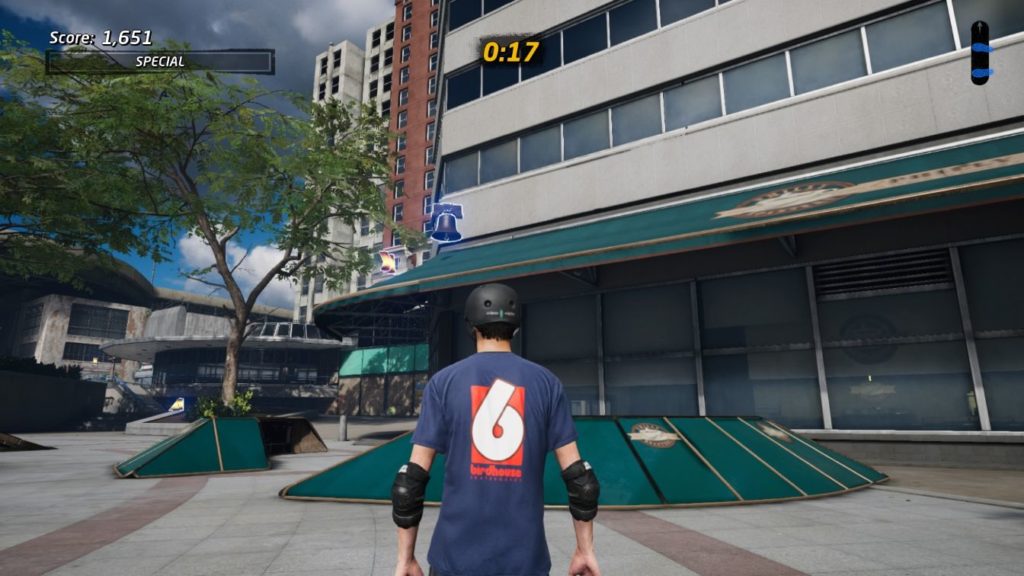 After coming down from the awning, you should see another Bell. 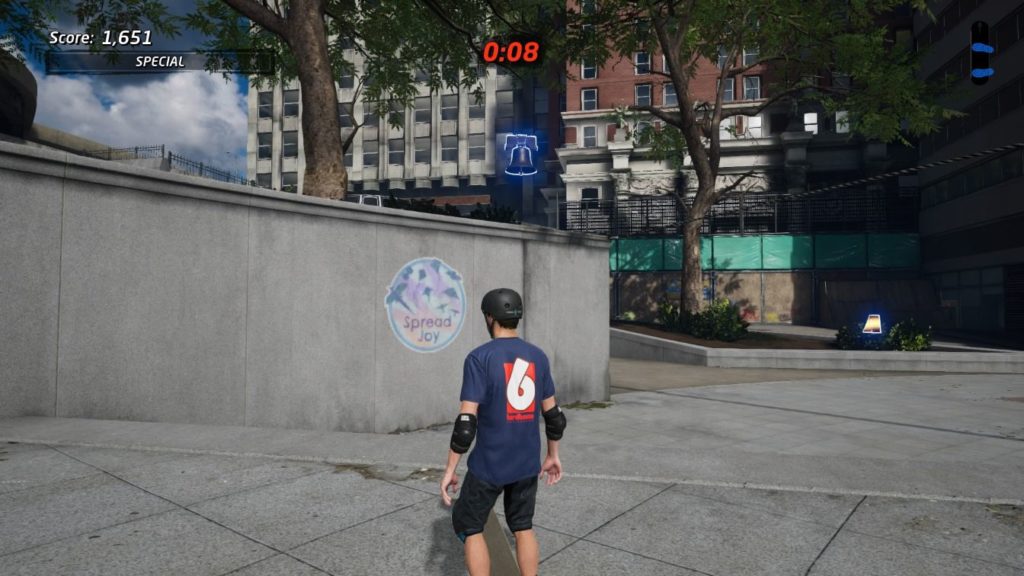 From the fourth Bell, head towards the main road and you’ll see the last one. 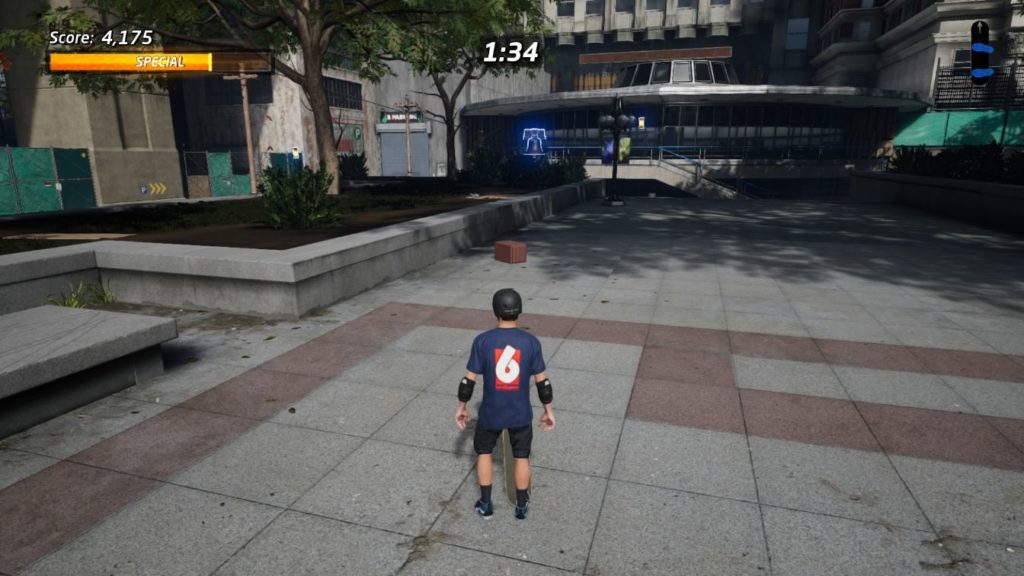 The five letters are all easily visible in this map. You will find the first letter “S” near the spawn point. 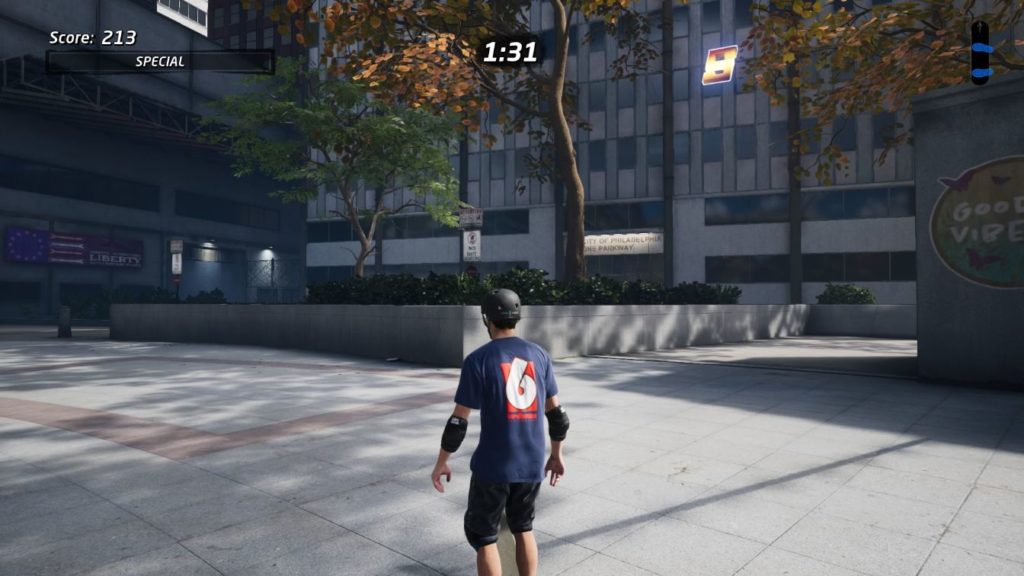 The next one is “K” which is above the awning as well. Jump using the ramp and grind on the awning to get it. 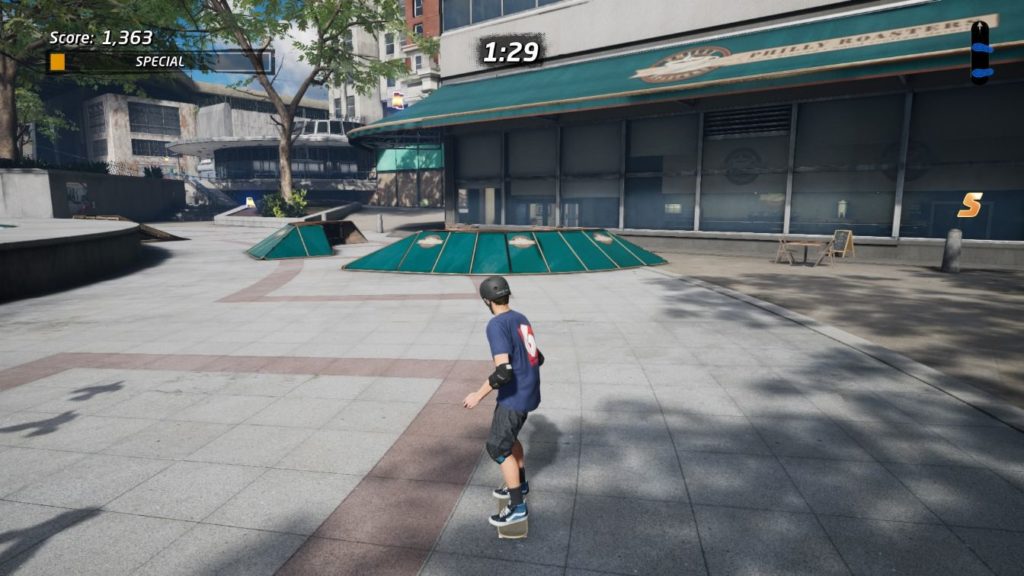 After landing, you will immediately see “A”. 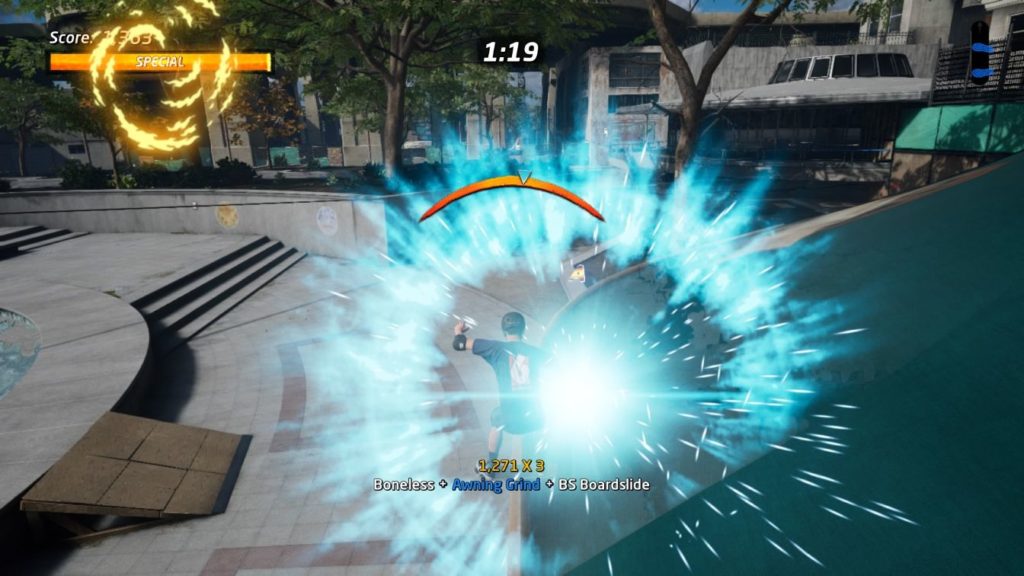 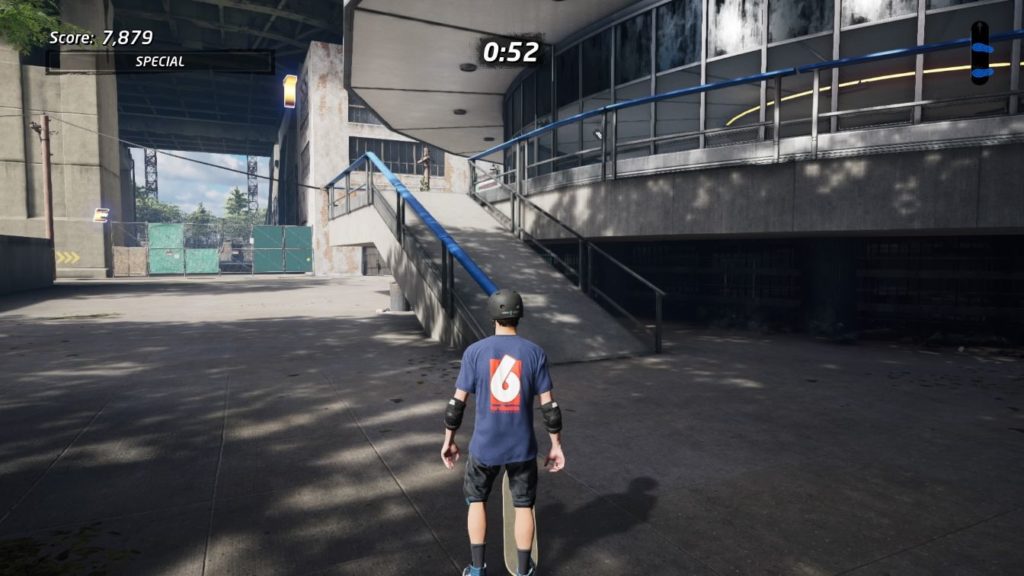 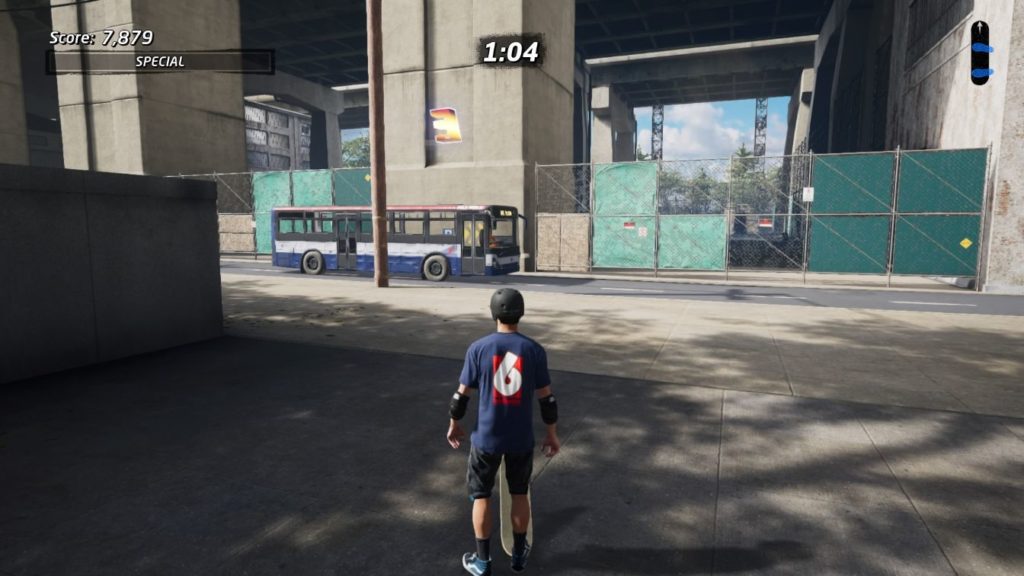 How to unlock the secret area

To get access to the skating ring (secret area) and collect stat points plus complete other Goals, get to this place (image below). It’s where the letter “T” is.

You simply need to grind on the cable until the poles fall. 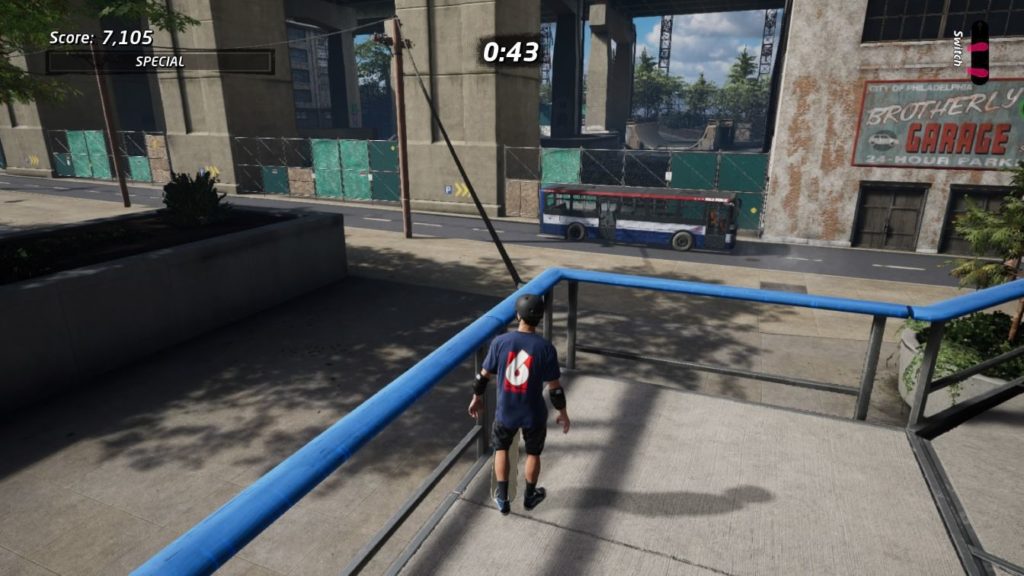 You will then be able to get 2 stat points here and do the Liptrick Goal. 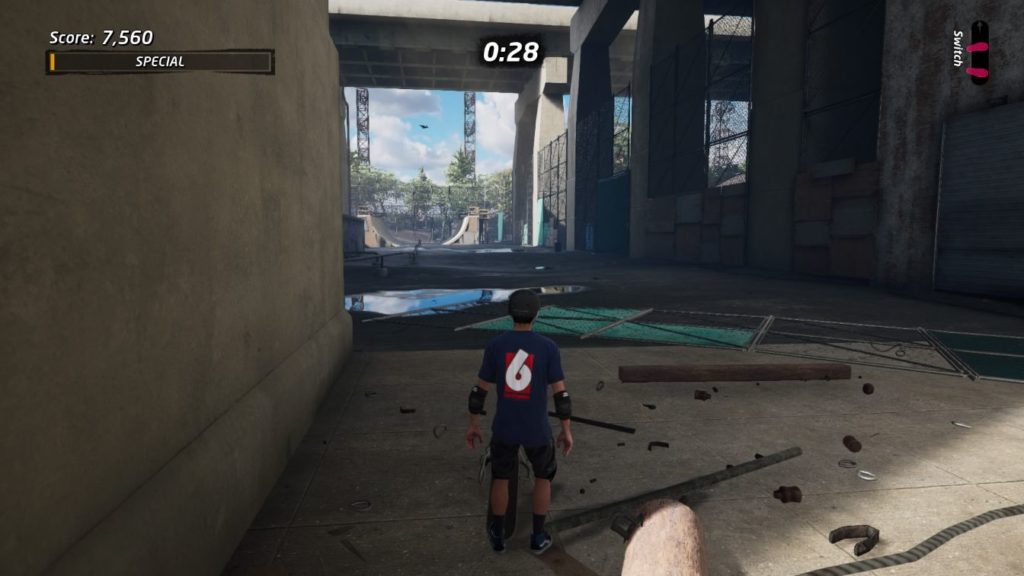 How to find all stat points

There are four stat points in total.

The first one is near the spawn point and it’s very visible. 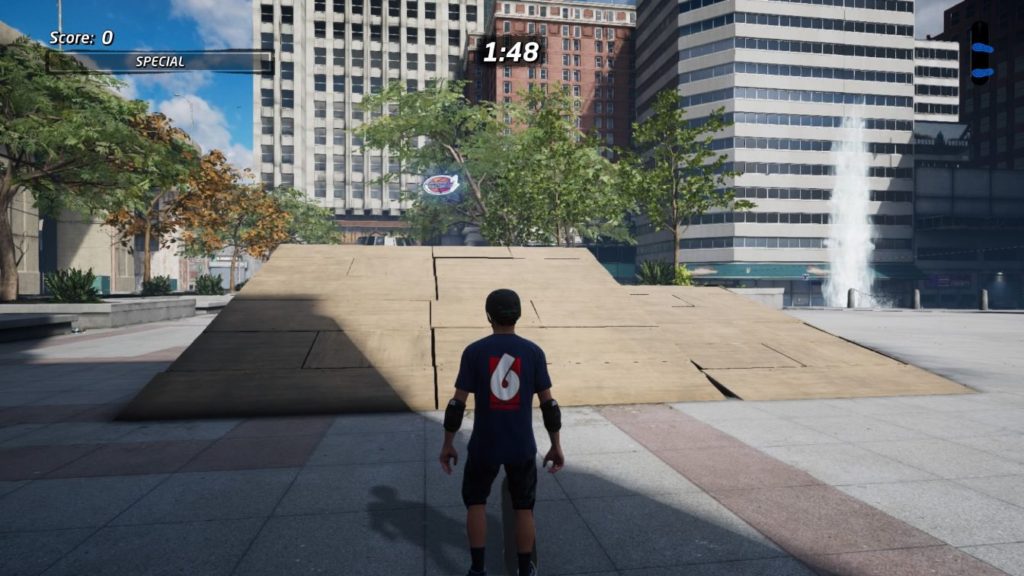 The second one is also nearby. 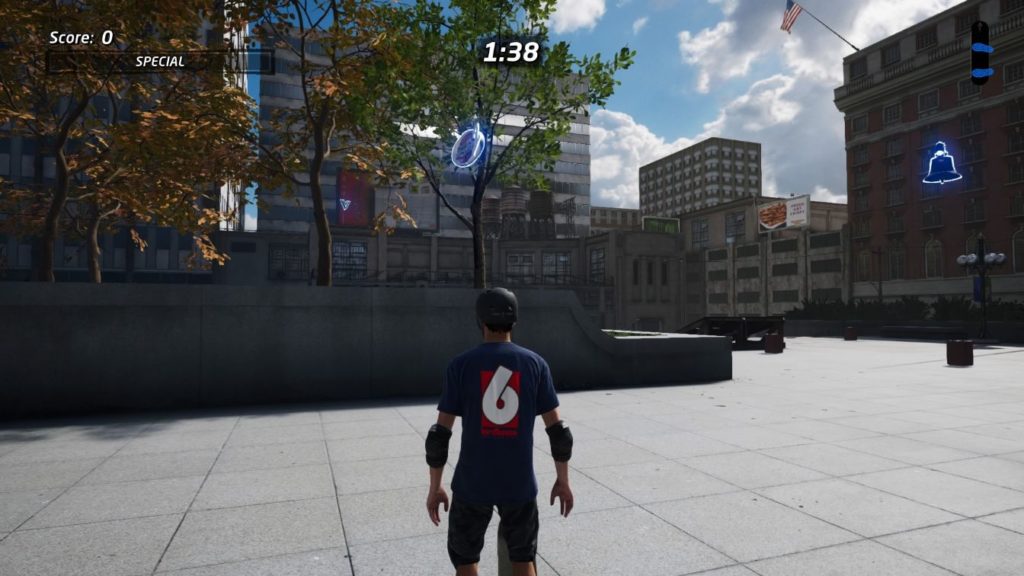 As for the third and fourth stat points, you have to unlock the secret area – skatepark.

They are both located above different half pipes. 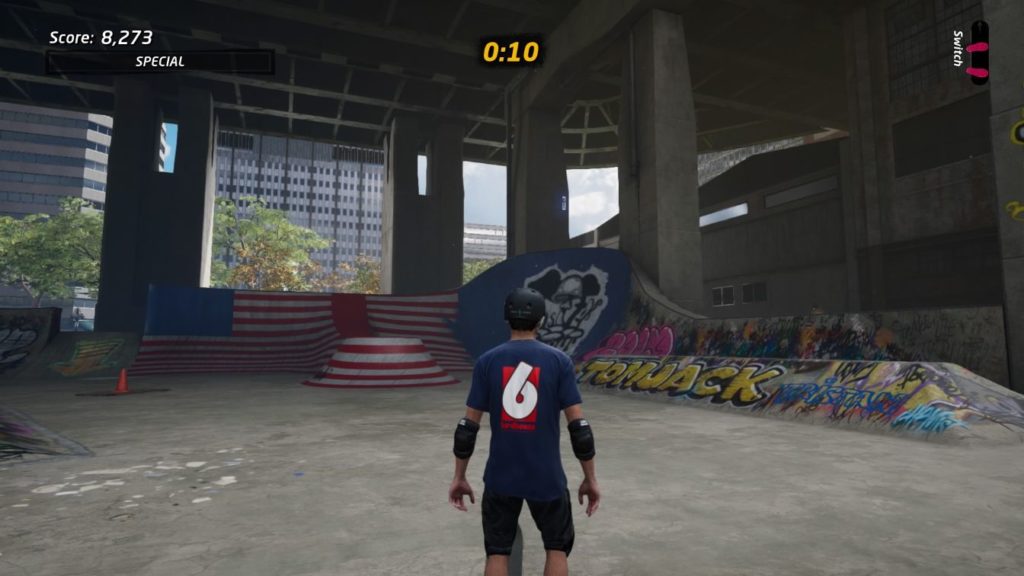 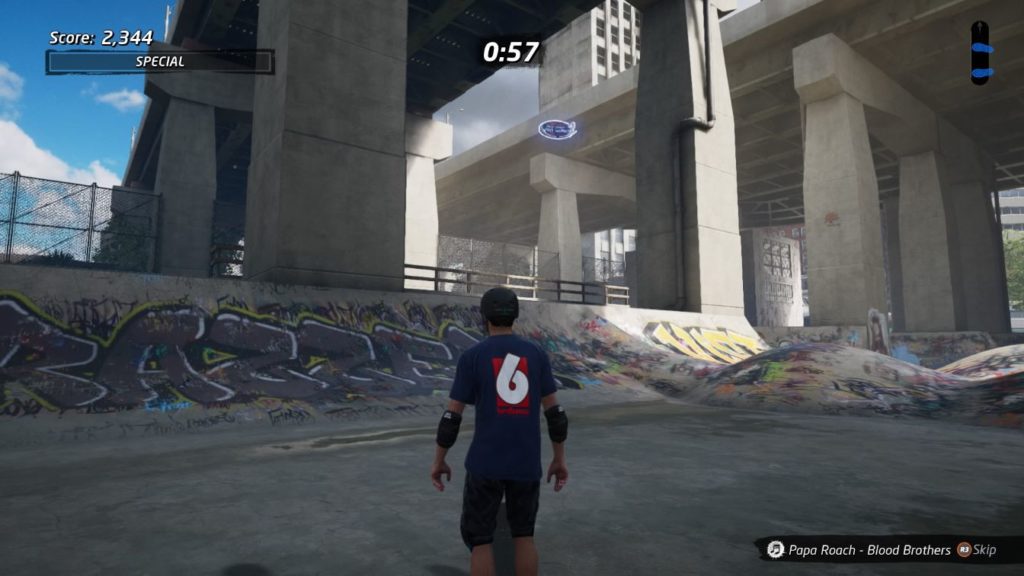 How to Bluntside the awning

To perform Bluntside, you’ll need to do a grind first. It can be any grind. Pressing Triangle is sufficient.

Once you’re grinding, Ollie (jump) and press DOWN twice before grinding again.

You’ll have to do it quickly before you lose balance. 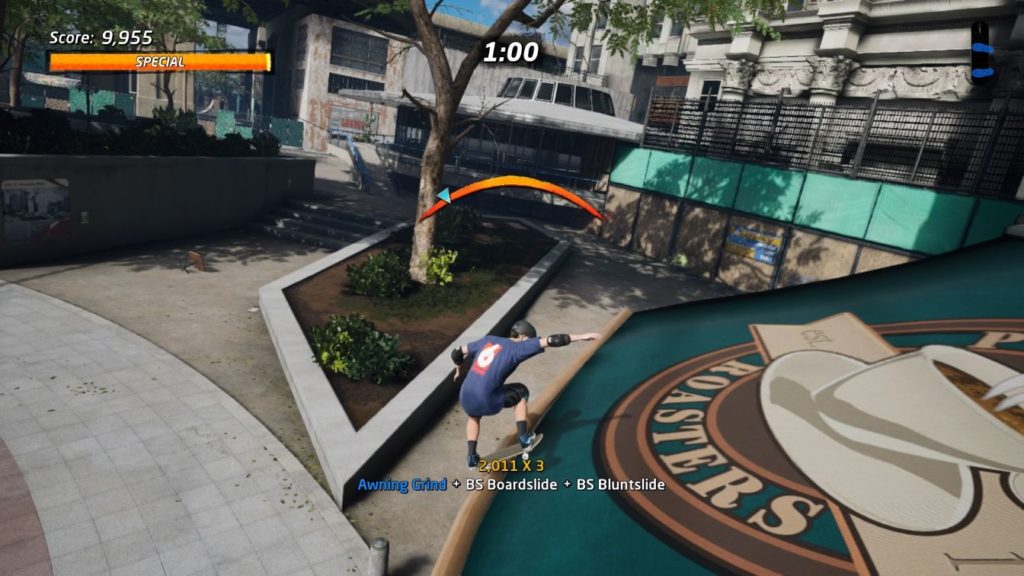 How to get the secret tape

The Secret Tape is located on the cable (image below). There are two ways to get it. Either way, you need to grind.

Look for the starting point of the cable.

You can grind from either the higher building or the lower platform and they’re both doable. 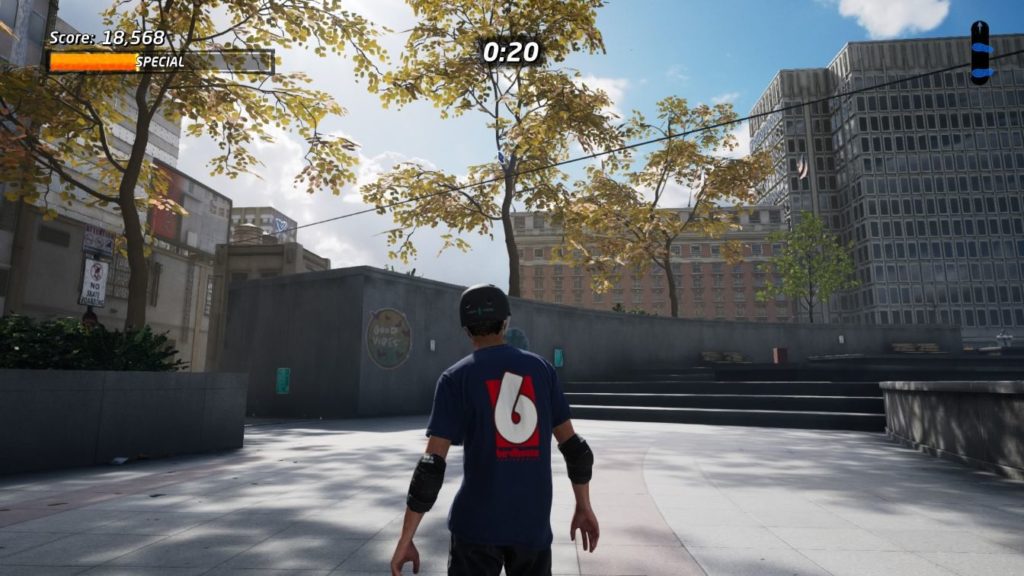 To increase speed when grinding, just do an Ollie (jump) and grind again.

The V symbol can be obtained from the highest building. It’s the same building where the valves for draining the fountain are.

One way of getting up the building is by using the ramp directly in front of the building and eventually find your way up.

The other way is by using the cable from the opposite end and grind all the way here (but it’s a very long grind).

Once you’re up here, do a normal Ollie to reach the V symbol.

How to drain the fountain

To drain the fountain, you simply need to Ollie the three valves (jump over them).

To get to this building, you can use the ramp in front of the building. The longer way is by using the cable from the other end.

How to Liptrick 4 Skatepark Lips

There are many Liptricks you can do but it doesn’t matter which trick you use. Just stick to the basics to make it easier.

You need to access the Skatepark first which is sort of the secret area. The method of unlocking the Skatepark has been explained above.

Once you’re in, you just need to Liptrick four different ones. Below are the four Skatepark lips we used to complete the Goal.