It’s one of the urgent requests you’ll encounter in Kamura Village.

Here’s how you can defeat the Great Izuchi in MH Rise.

How to defeat the Great Izuchi

This monster can be defeated without upgrading any armor or weapon, or even eating any food before battle.

The Great Izuchi uses a couple of predictable moves. It can slam its tail on the ground, spin three times using its tail as a blade or even use its claws and move forward. It can also spin the tail once as a normal attack.

Most of them can be avoided by observing its movement right before it attacks. Just attack the monster in between its attacks and dodge away later. 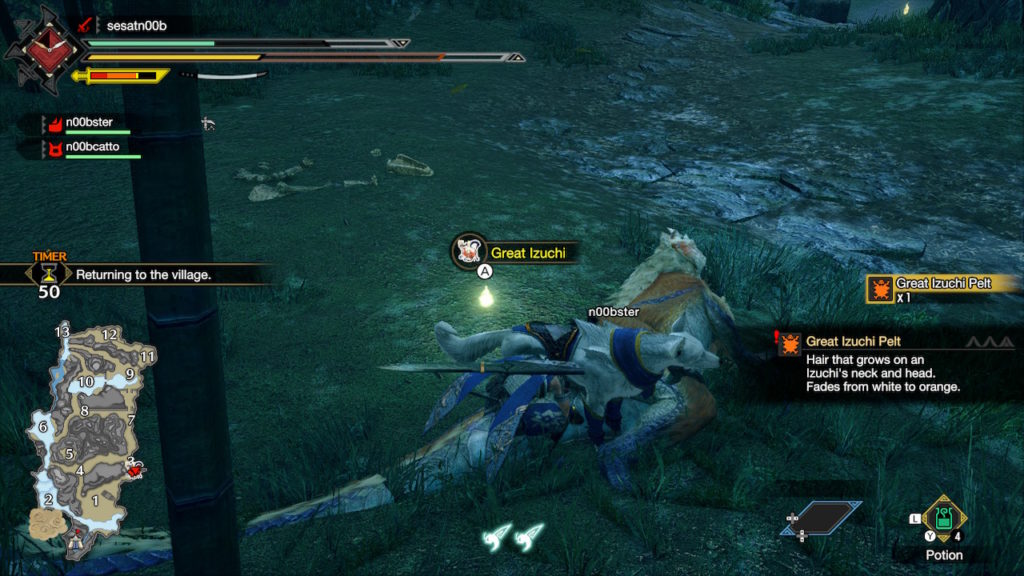 To be safe, bring enough potion to heal yourself during the battle.

Apart from that, you can just chase it down when it’s hurt and continue to finish it off.

After beating it, remember to collect parts from the corpse.

Monster Hunter Rise: How To Eat Food To Regain Stamina