Molotov Party (1930) is a mission in the remake titled Mafia: Definitive Edition.

Your task is to go to Morello’s place, smash up some cars and run away.

Here’s a walkthrough of Molotov Party in Mafia: Definitive Edition. 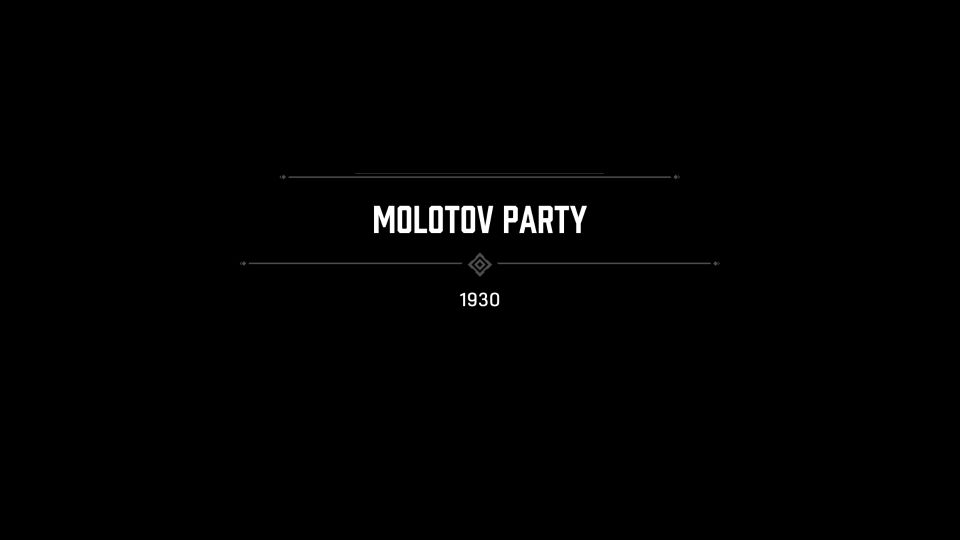 Tommy finally meets Salieri and asks the latter for permission to return the favor to Morello.

This was how Tommy started getting jobs from Salieri. 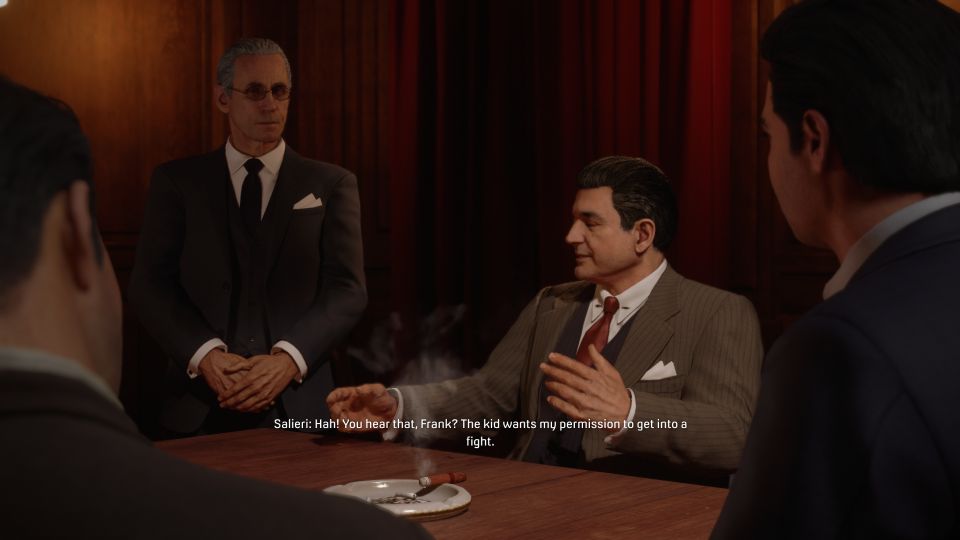 Look around the bar

After the cutscene, look around the bar and interact with items that have a white icon above. 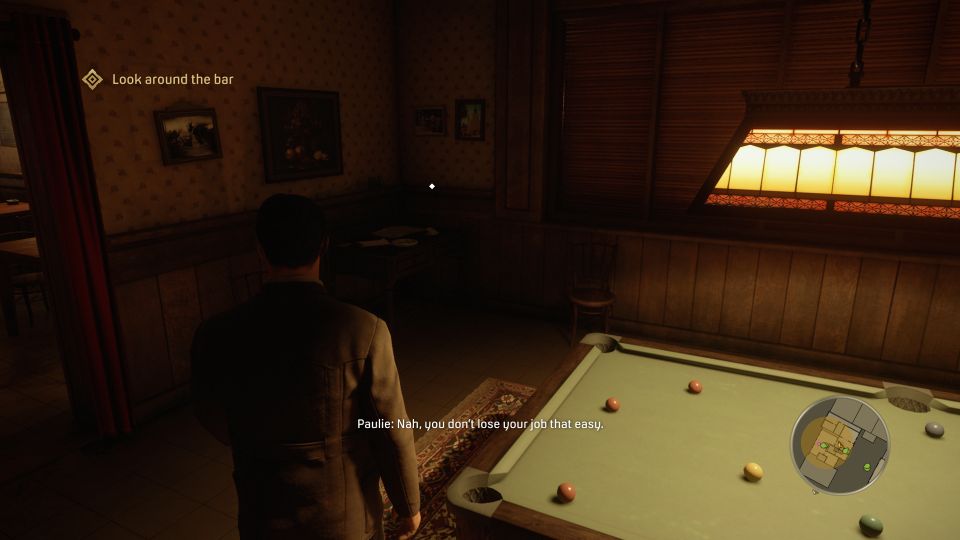 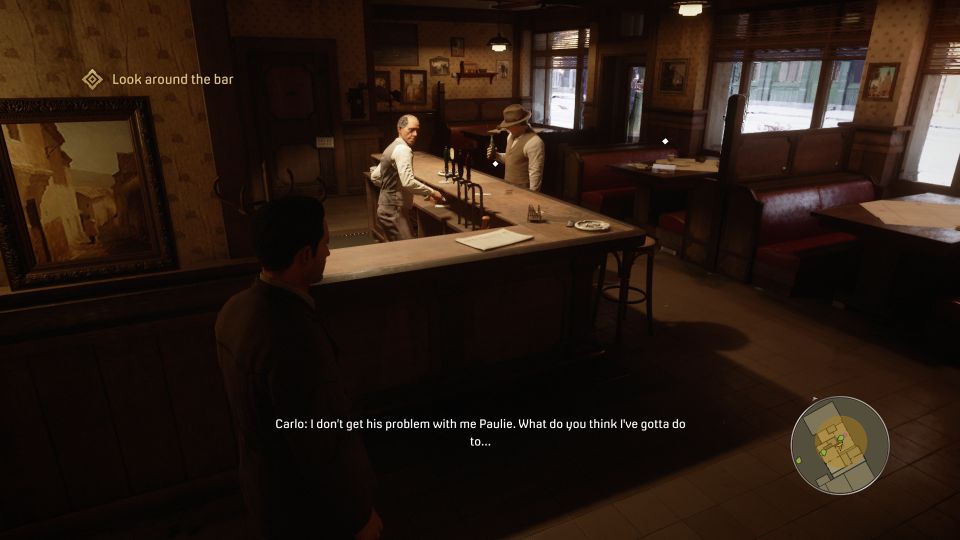 You’ll then be required to meet up with Paulie again. 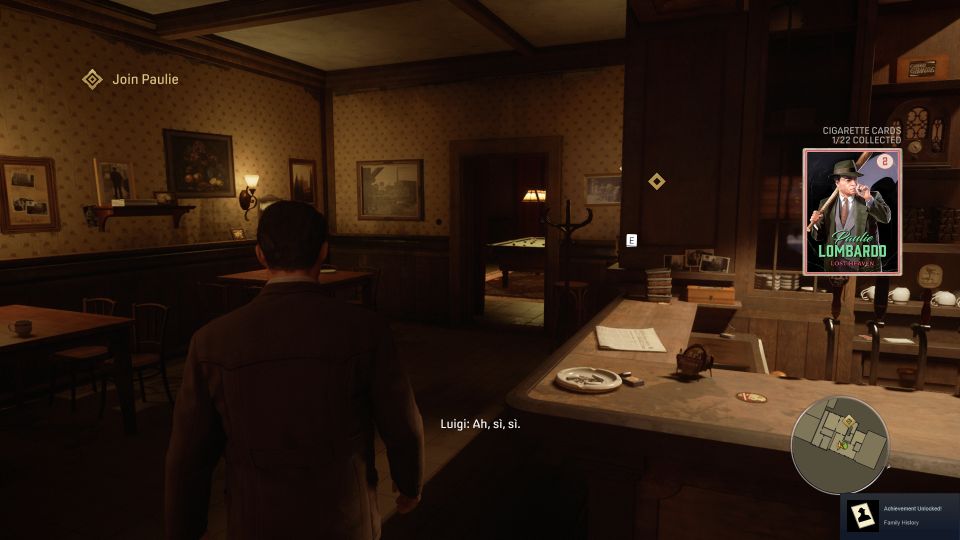 Follow Paulie to meet Vincenzo in the building nearby. 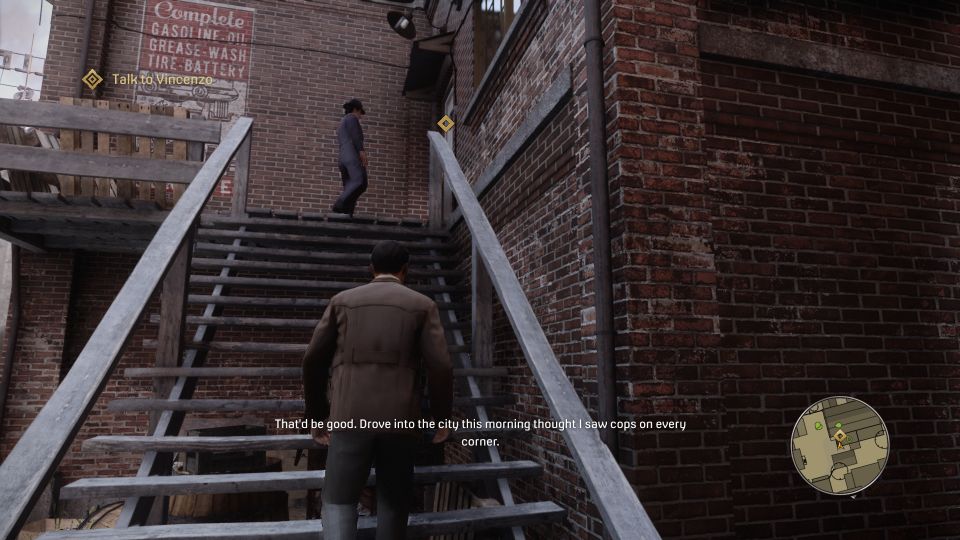 Inside the room, there’s a collectible you can take. 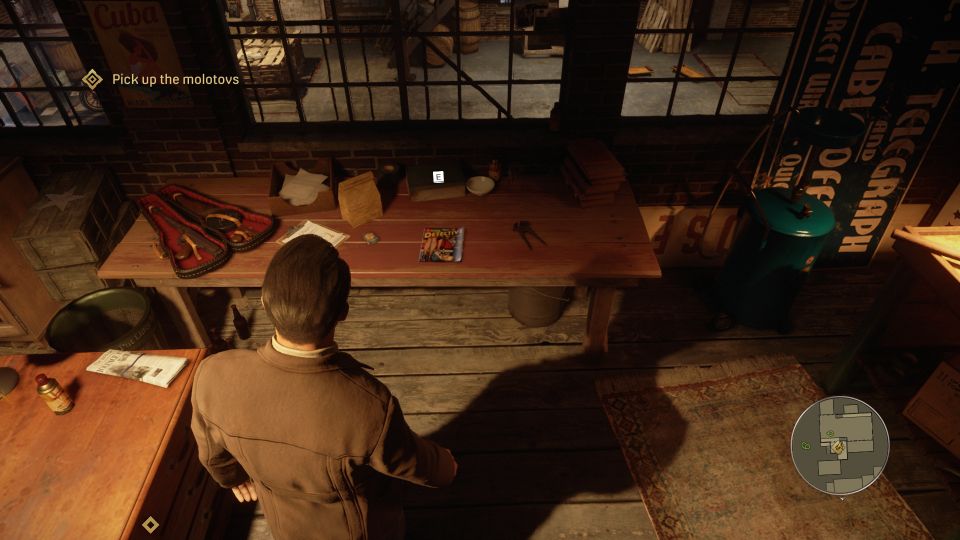 Pick up the molotovs

Take the molotovs placed on the counter. 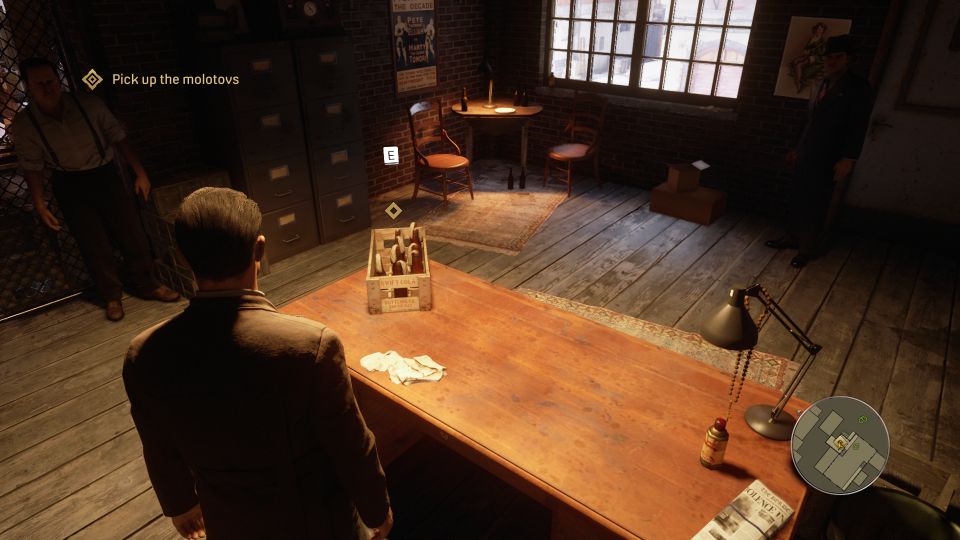 Next, you’ll be introduced to Ralph who runs the garage. 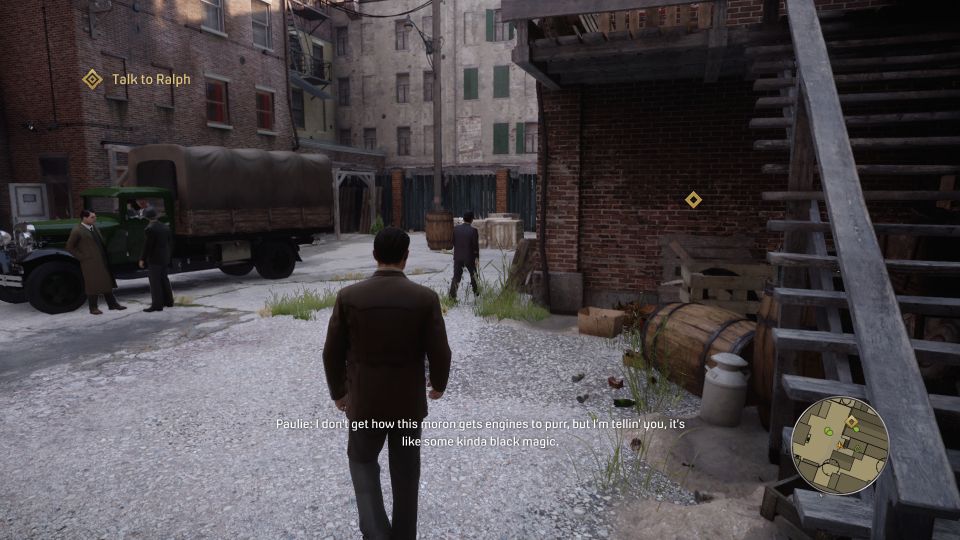 Together with Paulie, drive all the way to Morello’s Bar. 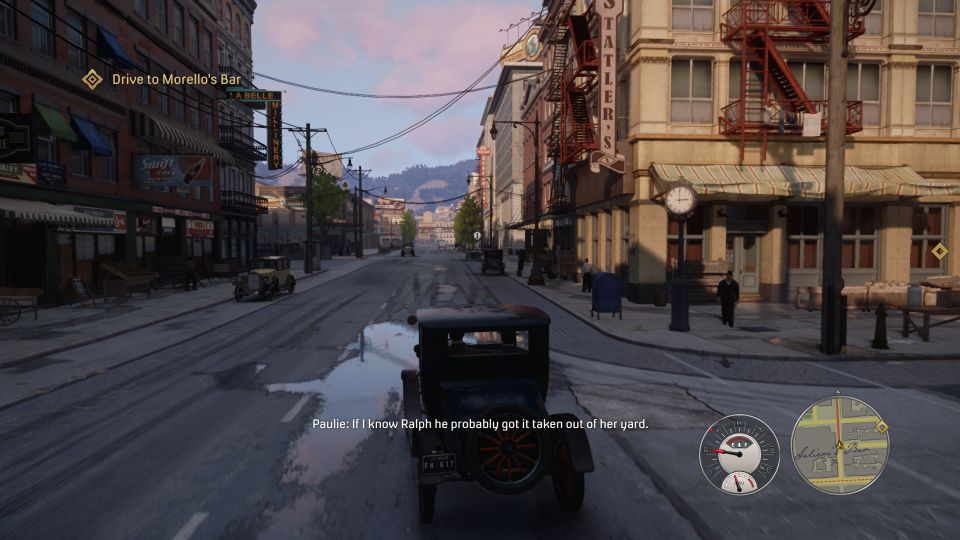 Park at the building opposite Morello’s. 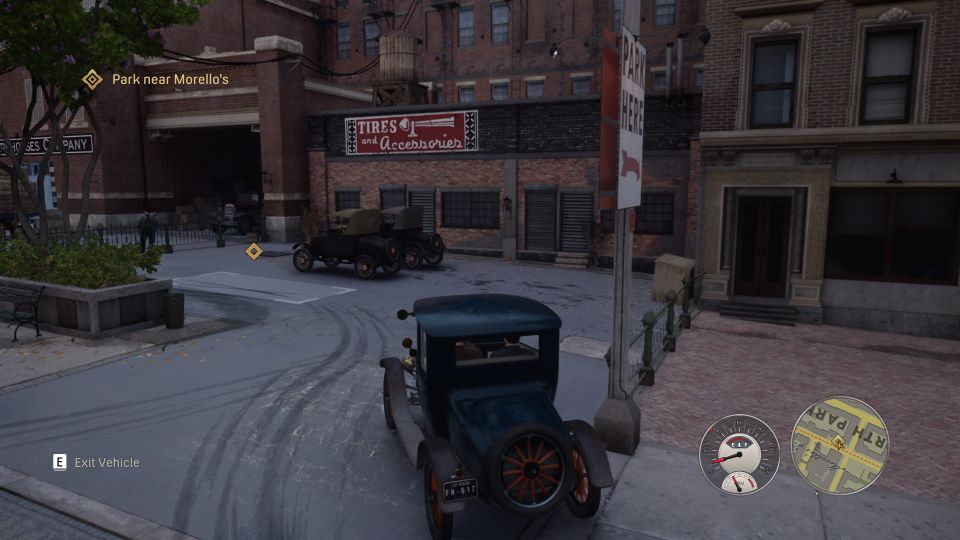 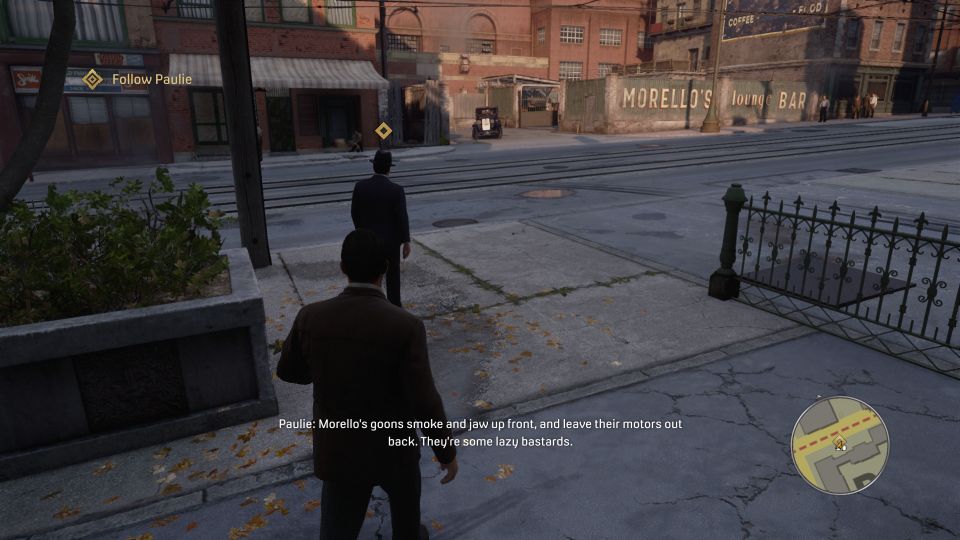 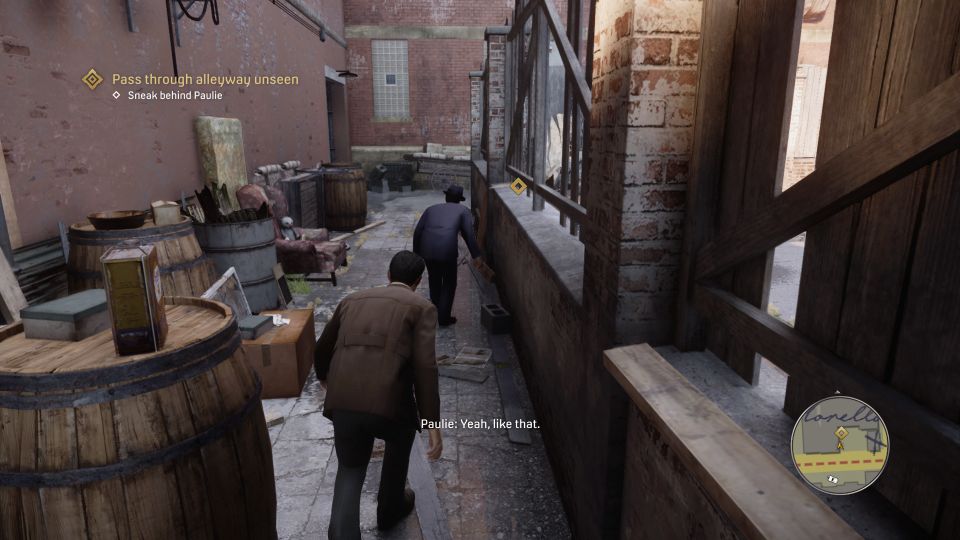 Get to the garage roof

Then, you’ll be required to get to the garage’s rooftop. Jump over the fence. 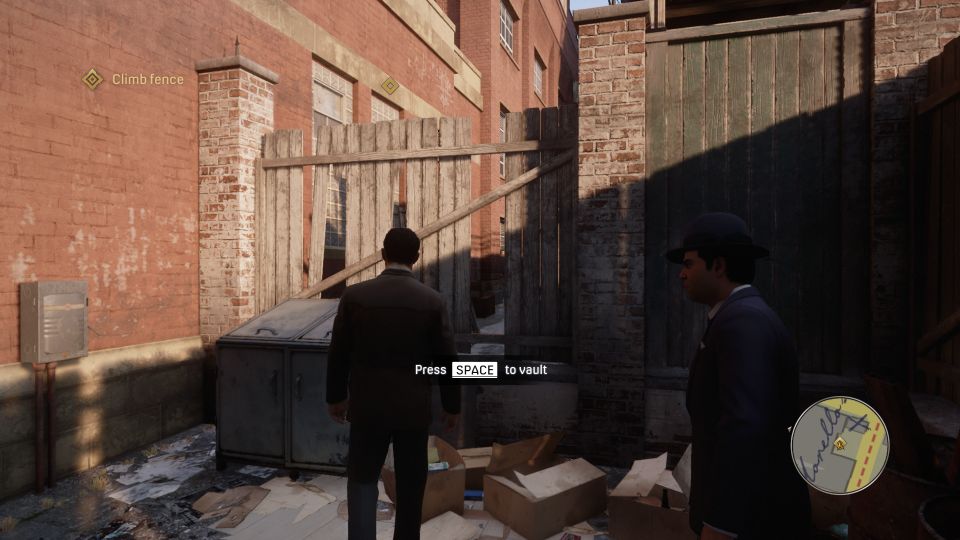 Continue walking ahead and you’ll see some thugs in front. At the side, there’s a way for you to climb up to the top. 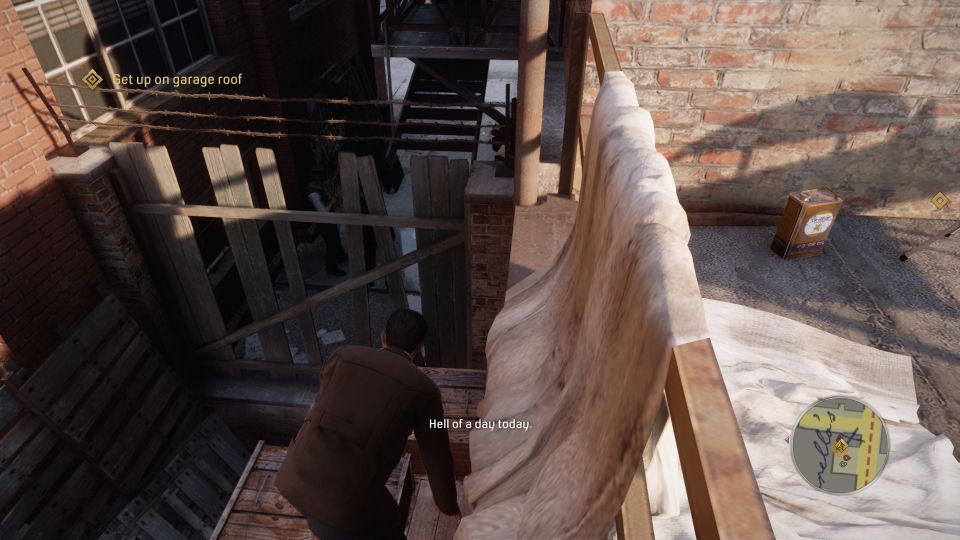 Go to the railing and take cover. Paulie will call out the security in front. 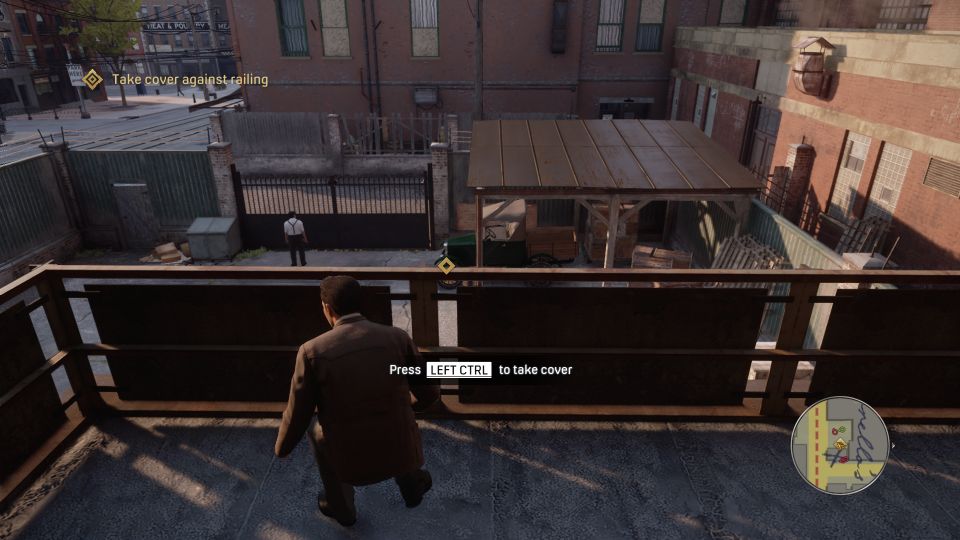 Climb down the garage using the ladder at your left. 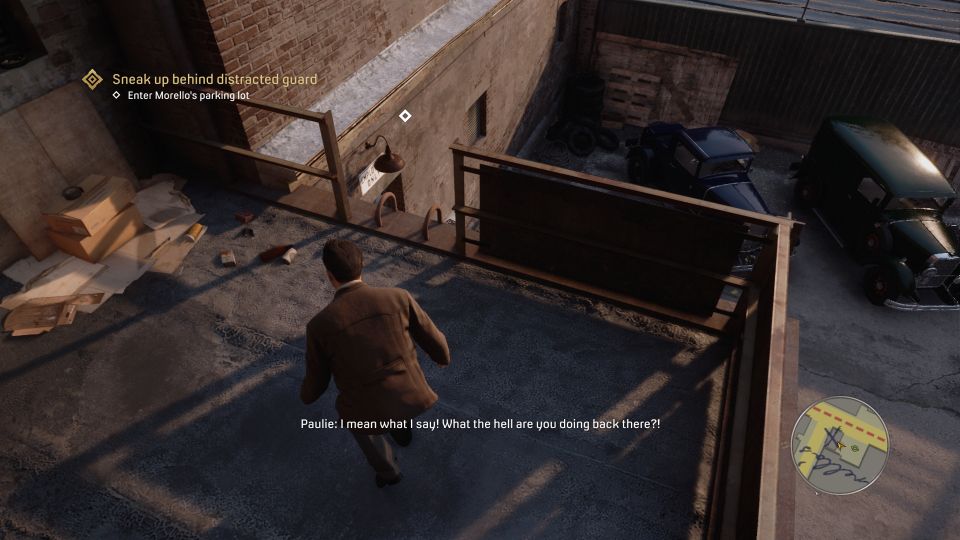 Sneak up behind the guard and subdue him. 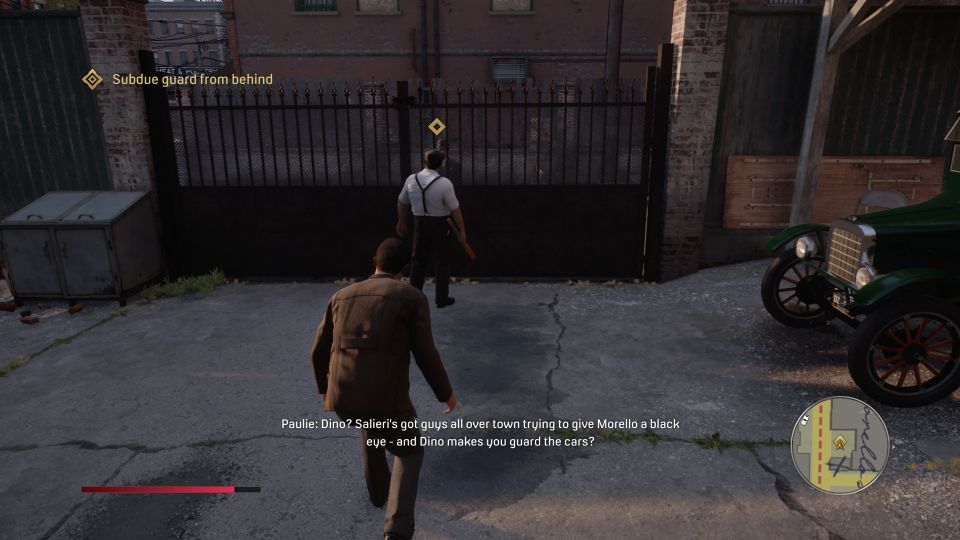 Now, open your weapon wheel and equip the baseball bat. Use it to smash the cars. 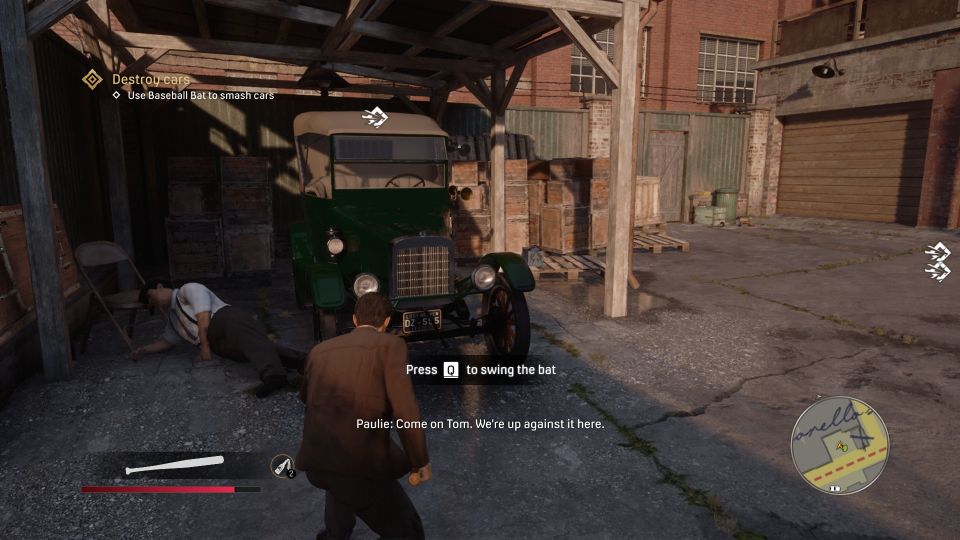 Some of Morello’s thugs will come out. Use your baseball bat to beat them up. You may need to counter first before landing a hit. 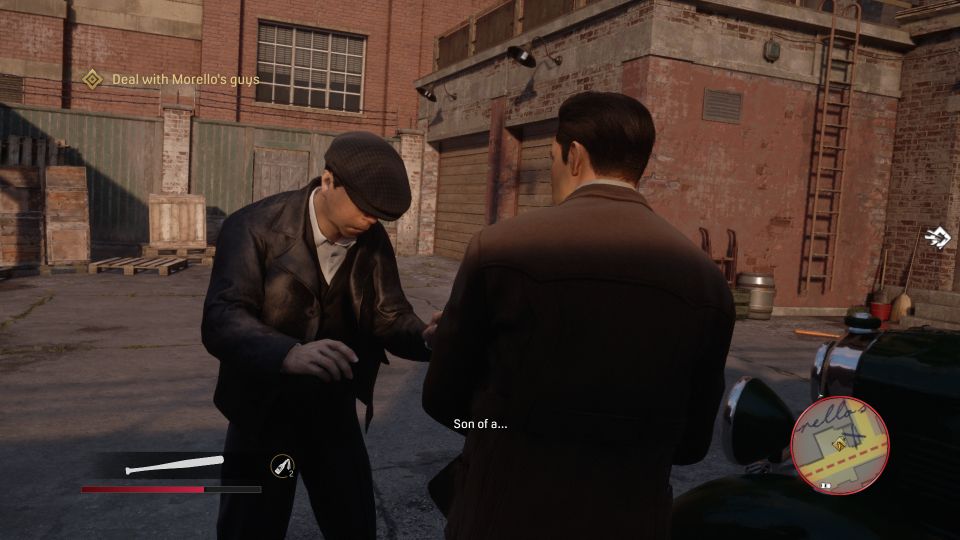 For the two remaining cars, throw a molotov each to burn them. 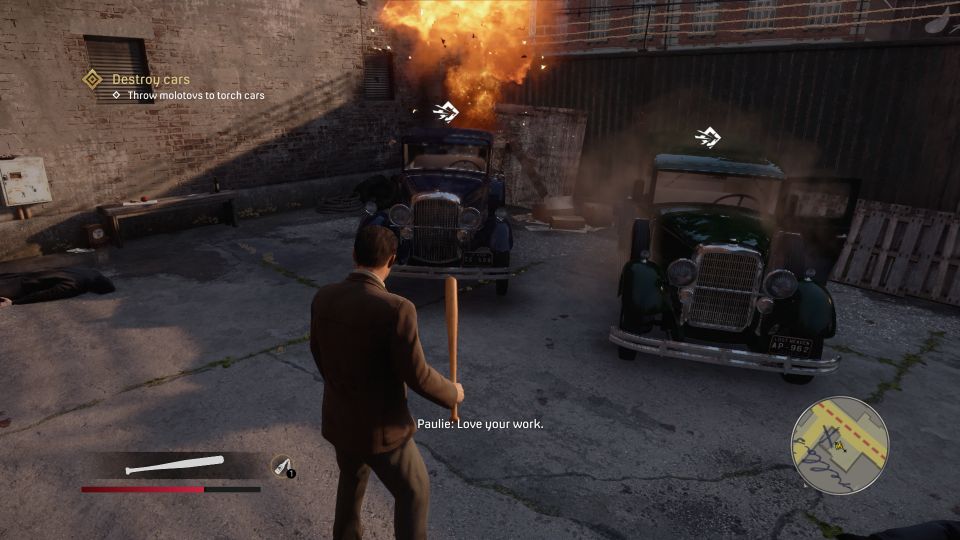 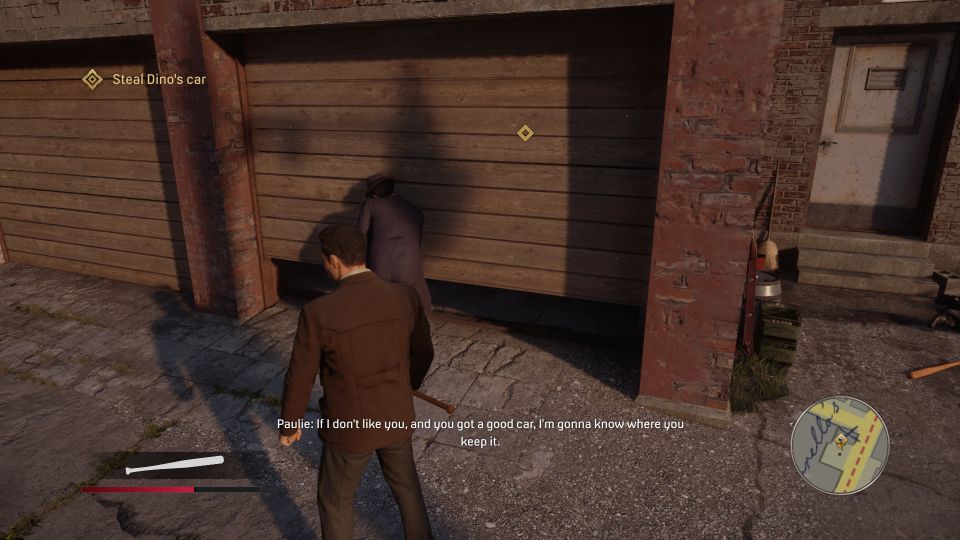 Ram through the gate. 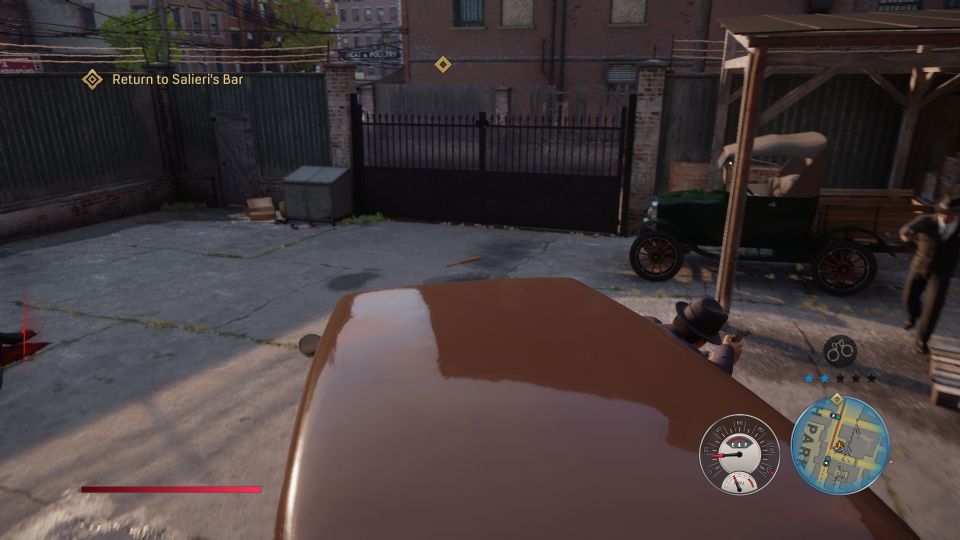 You will encounter cops on the way back to Salieri’s Bar. Lose them first using the obstacles shown on the mini-map. 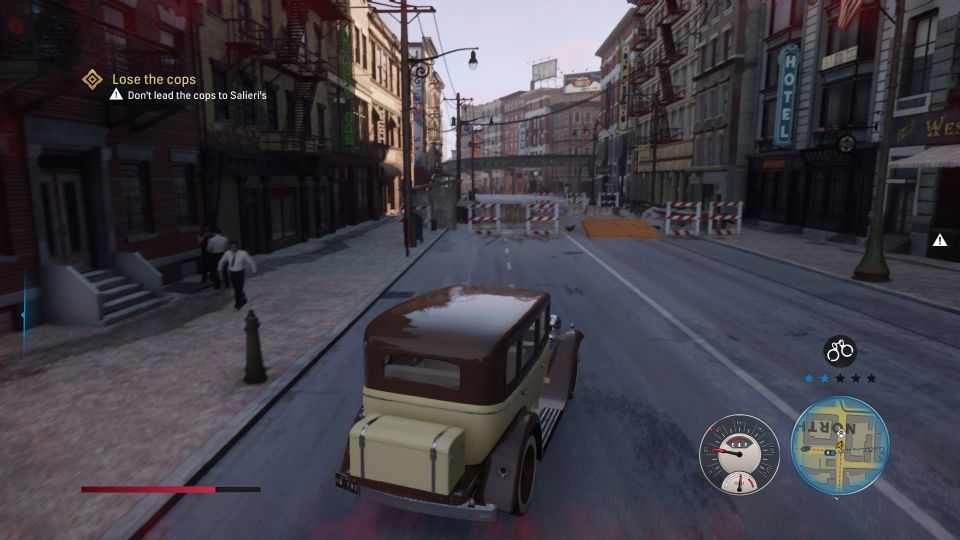 After losing the cops, head to Salieri’s Bar in Little Italy. 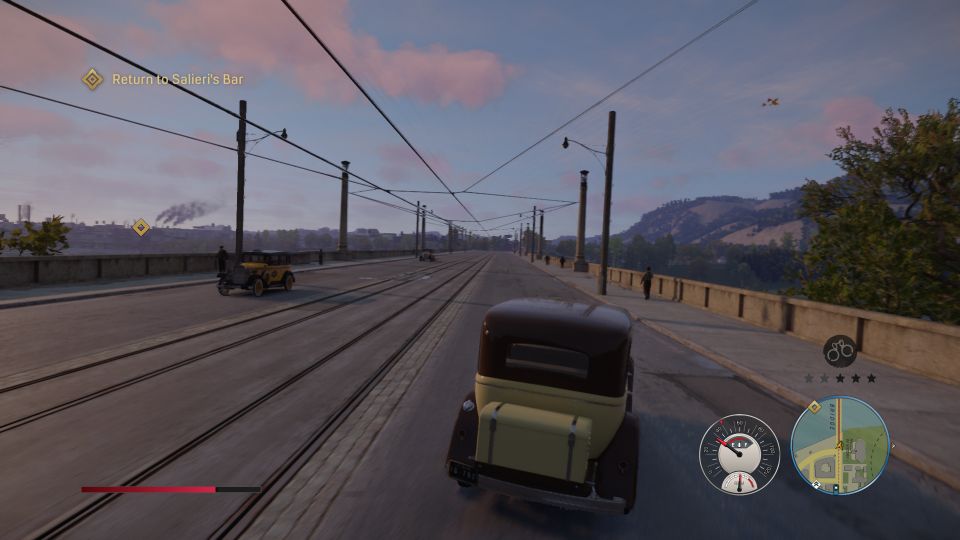 Park the car in the garage. 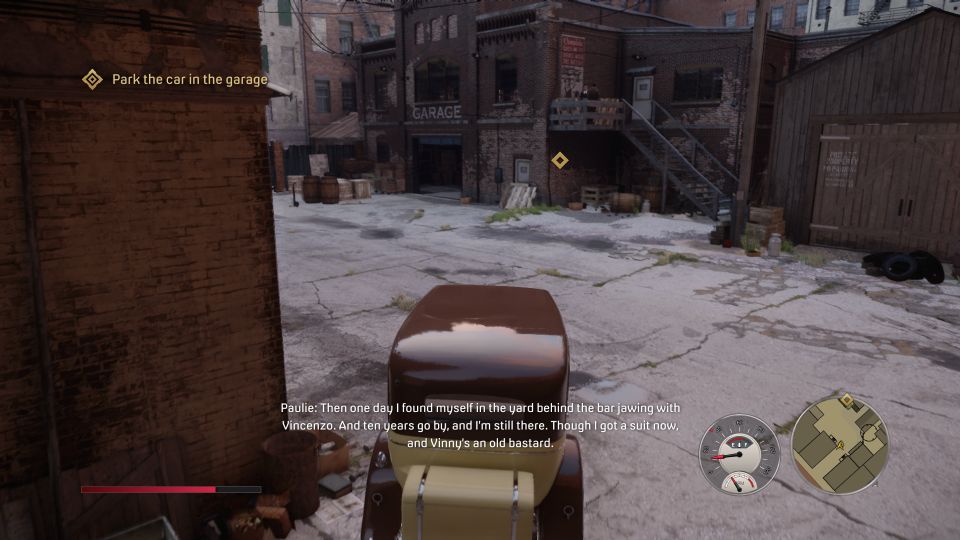 Once you’re done, follow Paulie to meet up with Salieri and the mission ends here. 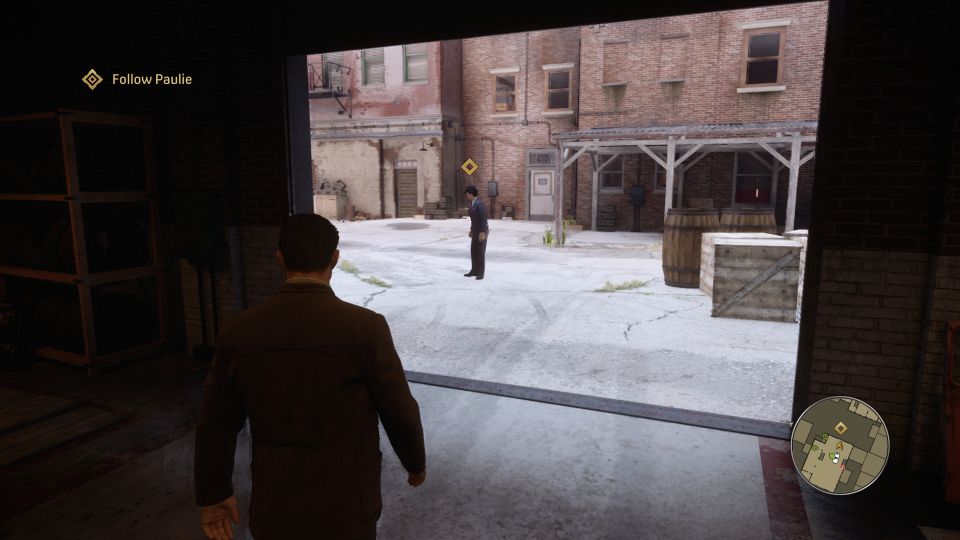