The Wages of War is a main quest in the Ireland DLC of Assassin’s Creed Valhalla.

Your task is to find out who The Seed is and assassinate him.

Here’s a walkthrough of The Wages of War in AC Valhalla. 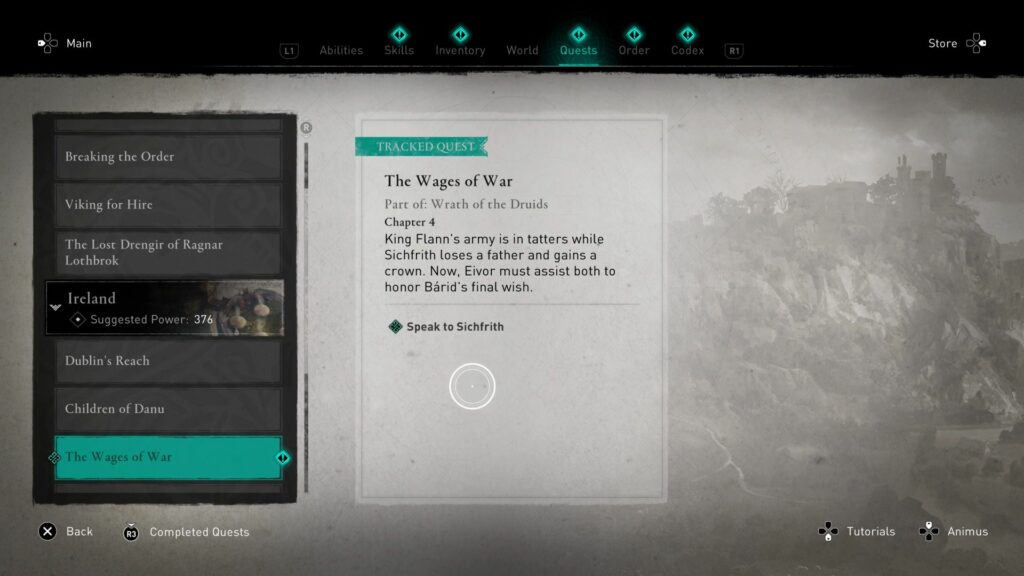 Head back to Dublin to talk to Sichfrith about his father’s death. 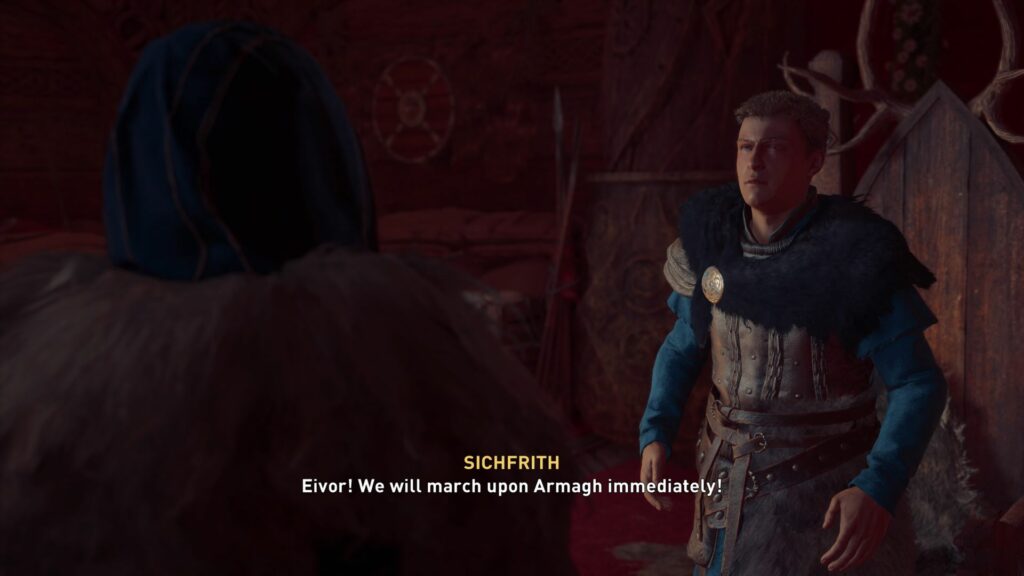 To get a clue on what the Abbot’s plan is, you have to find and kill The Seed. 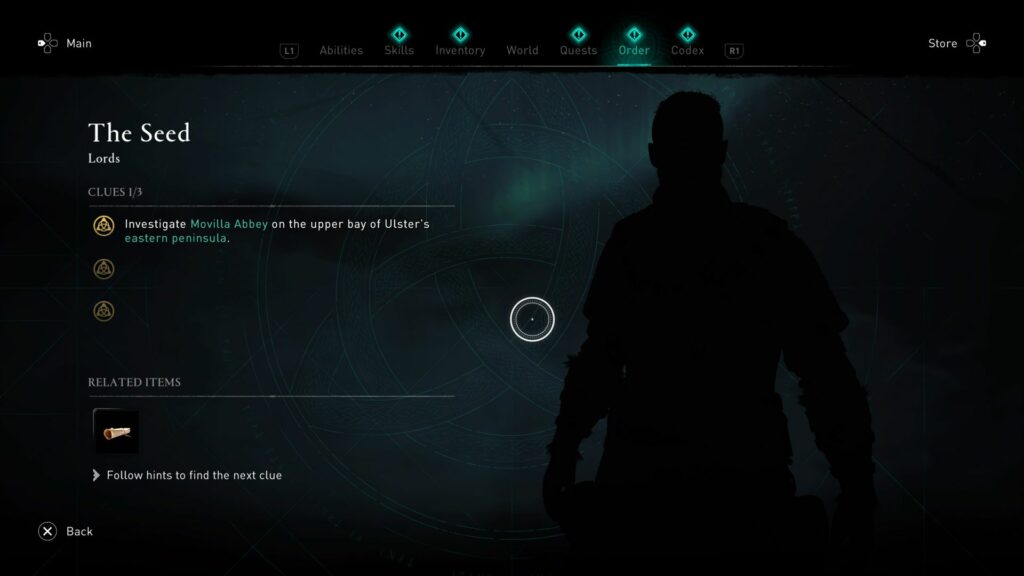 The exact location of Movilla Abbey is shown in the map below, indicated by the marker. It’s the eastern part of Ulster. 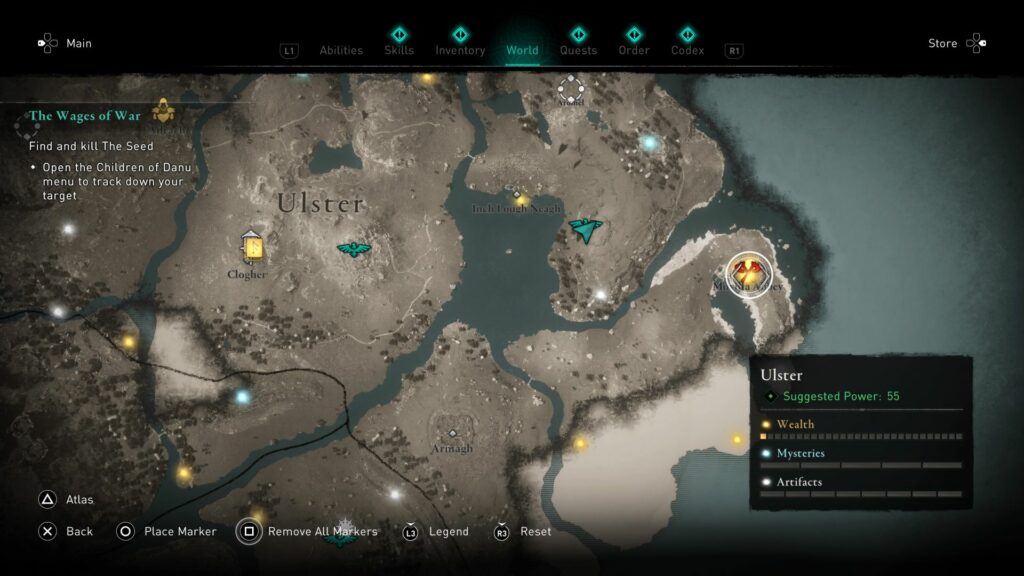 Once you reach the area, you can actually call for a raid from your crew to make things easier. 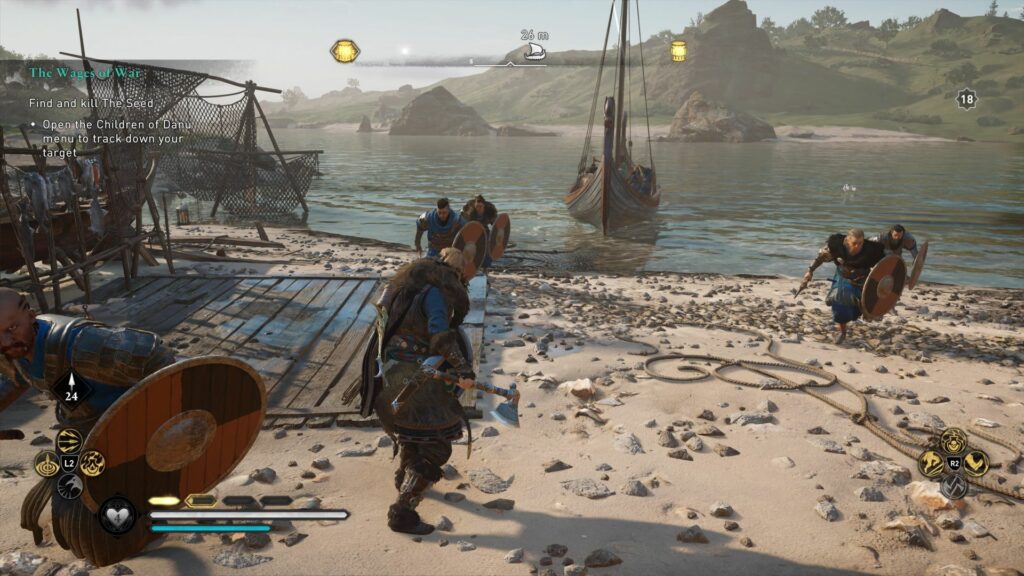 While raiding, look for a letter inside a church. It gives you the second clue.

Find and kill The Deer

The second clue says that you’ll need to find The Deer to actually get The Seed’s location.

Head to the Ardmel Trade Post to get a clue on The Deer. The location of Ardmel is shown in the map below.

When you reach the area, collect the letter from outside the ringfort. It’s on a basket.

Next, go to the port southwest of Ardmel. The exact location is shown in the map below, indicated by the marker.

You’ll find The Seed hiding just outside the port. Use Odin’s sight to find him as he’ll appear as an enemy.

Assassinate him to get The Seed’s location.

You’ll now learn that The Seed is hiding in a fort at the north-east edge of Ulster. The location is shown in the map below.

Enter the fort and find him. Kill him and the quest ends here.