Honor Has Two Edges is a quest under Eurvicscire in Assassin’s Creed Valhalla.

Your task is to meet with Faravid and help him with the Picts to find out if he’s actually a traitor.

Here’s a walkthrough of Honor Has Two Edges in AC Valhalla. 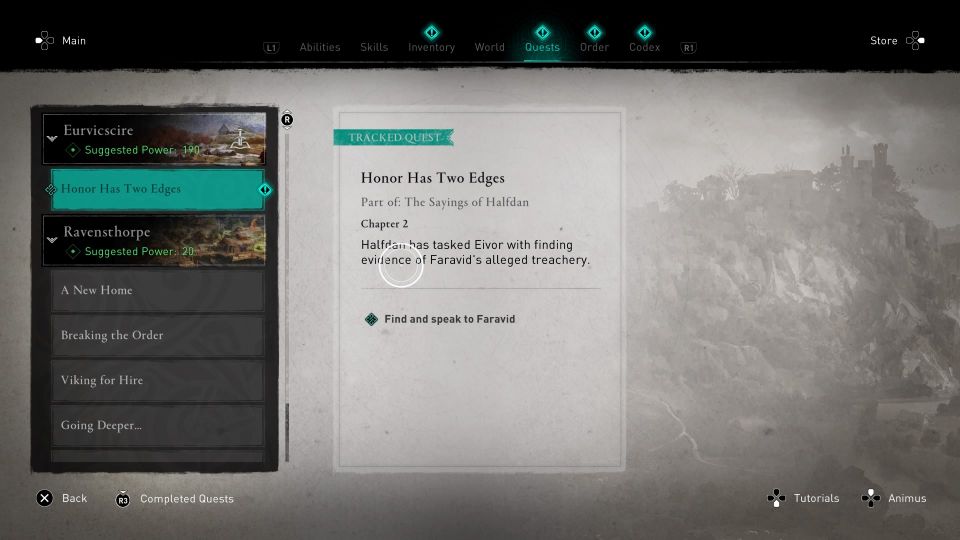 Find and speak to Faravid

To begin, head to Faravid’s location. His exact location is shown in the map below, marked by the quest symbol. 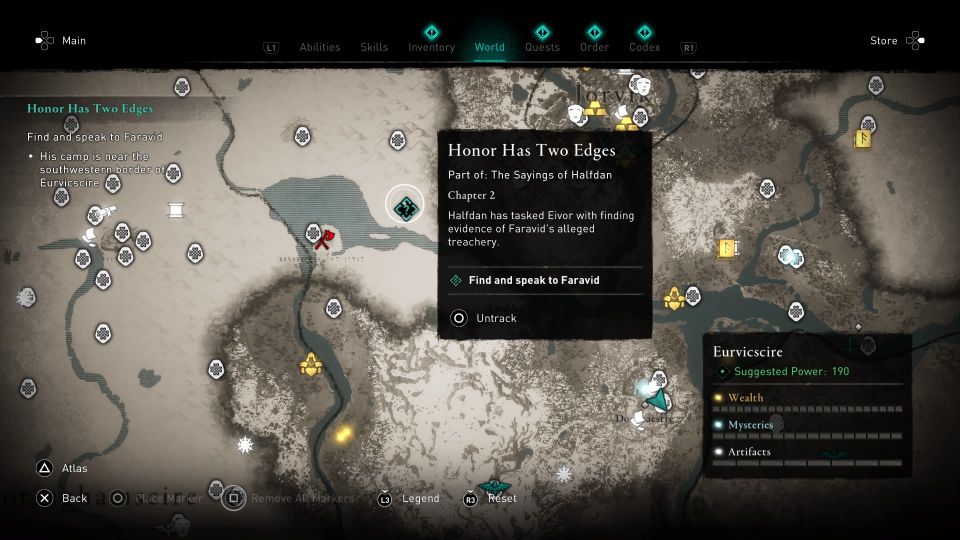 His camp site is named Alortun. You’ll see them waiting in the forest. 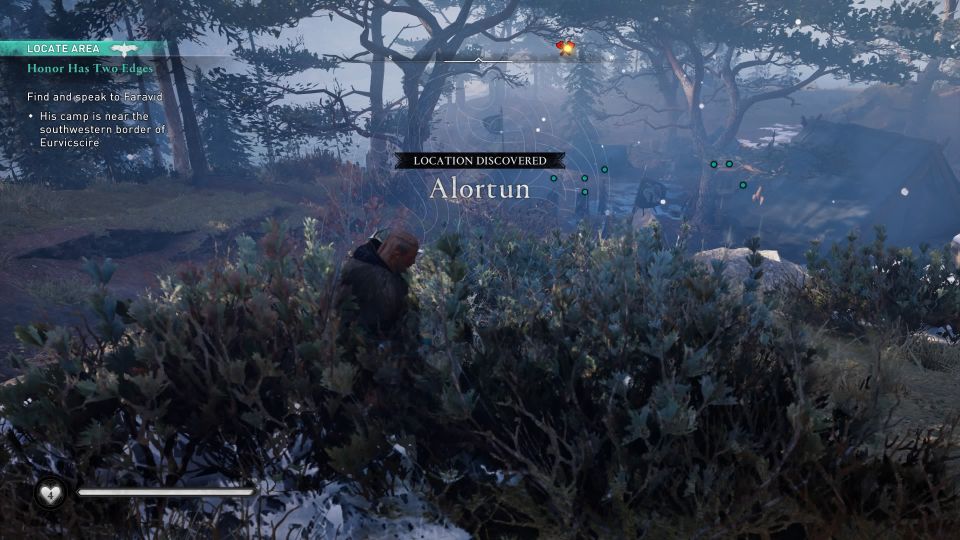 Talk to Faravid to proceed. 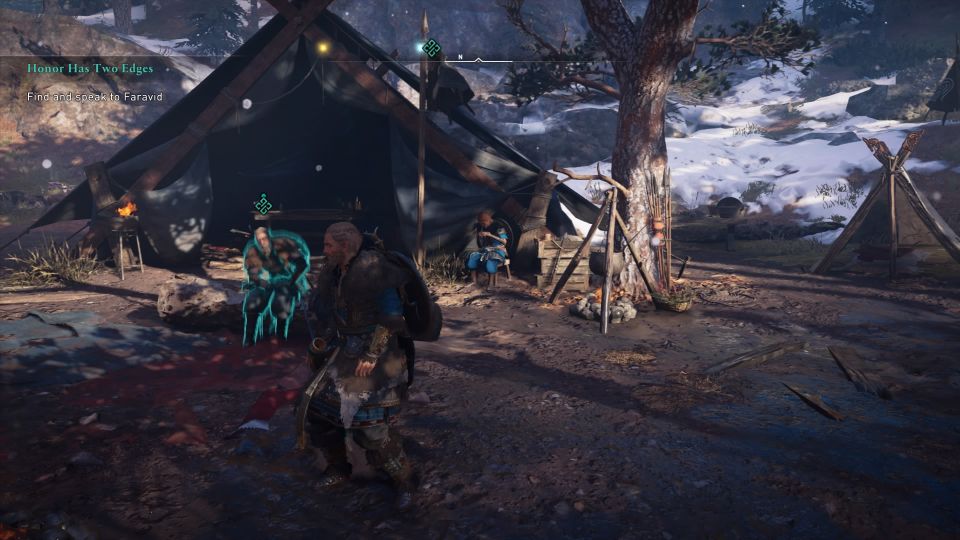 He will ask you why you’re actually here. You can choose between:

The first option will make Faravid angry but it may not have any big consequence. The second and third options are similar, and he’ll believe that you’re just here to fight, for now. 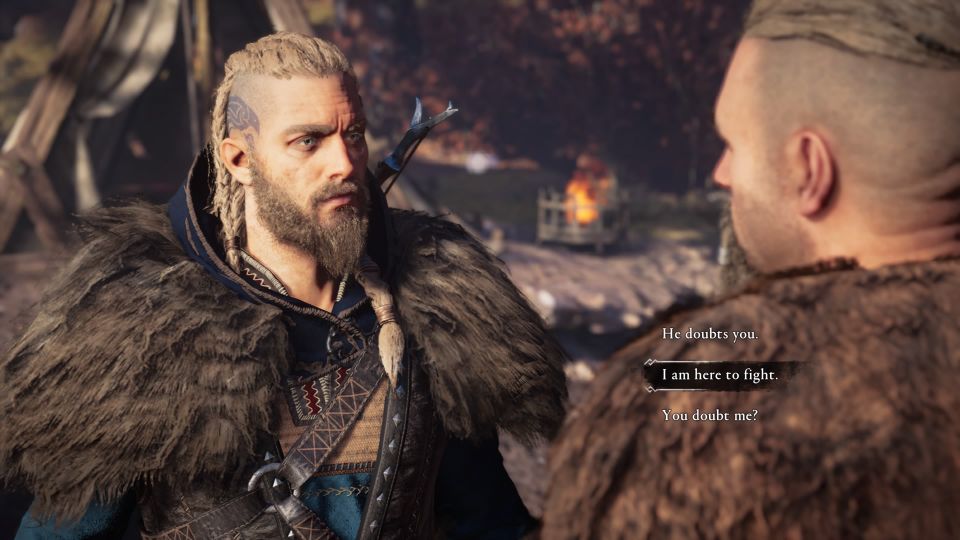 Escort Faravid and his men

Follow Faravid and the rest as they head towards the Picts. 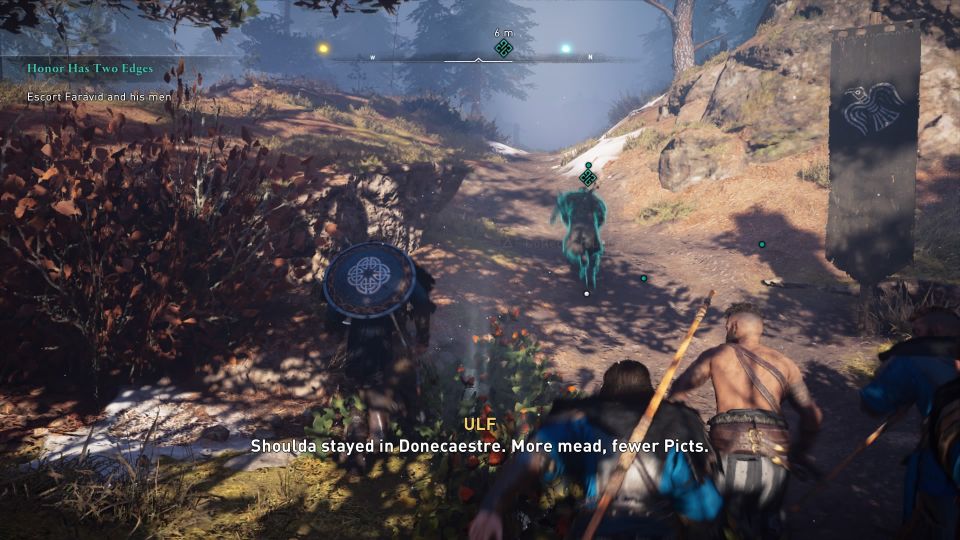 Along the way, the Picts are all hiding in the bushes and above the ledges. Kill them all.

You will finally reach the entrance of a cave. Talk to Faravid.

In the next part, enter the cave and get rid of the two Picts first.

To proceed to the next part, you’ll have to jump using the ledges.

You will then reach an area where there’s a tree in the middle. Climb onto the tree’s branch and from the branch, jump to the standing rock. Continue to jump to the ledge and use the ledges to proceed further.

Keep going until you reach two more Pict warriors. Kill them and take the letter.

After getting the letter / note, go out of the cave and meet Faravid.

You will then see some scouts running away.

Chase after them and kill all of the scouts before they reach the camp site. This is to prevent them from alerting the camp at Stenwege.

After killing the scouts, go to Stenwege together with Faravid.

Find and kill the Pict Chief

If the scouts are dead, you can use stealth for this part. Enter the campsite quietly.

You need to look for a guard with the key. Kill him and take the key. It’s for the inner compound.

Use the key to unlock the door which leads to the inner compound.

In the inner compound, find the guard with the key to the main building.

The main building is the tall building in the middle that looks like a big silo. Before you can get to that building, there’ll be more guards waiting.

You can kill most of the guards there by shooting at the oil jars and also at the fishing net link.

As you’ve taken the key, you can unlock the door to the main building and the Pict Chief named Galan is inside.

To reduce his health, do a stealth attack from above. You can’t kill him immediately unless you unlock such option in the menu.

Your secret is safe choice

For the next part, Faravid will tell you about his secret plan of attack, but Halfdan definitely disapproves of it.

You can choose to tell Faravid that:

You can always renege and tell Halfdan about the plan later.

This part may not affect the story later.